While in Portugal, we did two day trips from Lisbon to see Sintra and Óbidos. Sintra got the record for most flights of stairs we did in a day. Madeleine says we walked up 83 floors that day, which I suppose makes sense when you’re visiting a palace on a mountain. The approach was pretty cool. 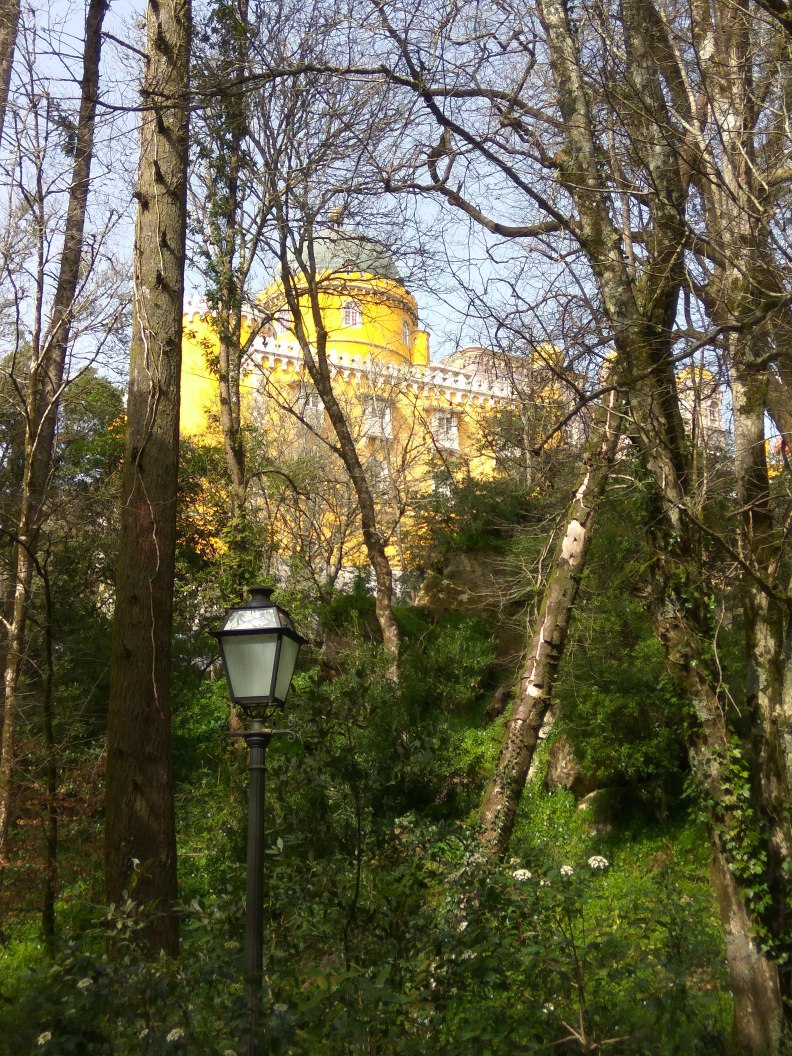 Instead of heading right to the palace, we decided to do some exploring. We found our way to the Cruz Alta, the High Cross, which stands on the highest point of the mountain. 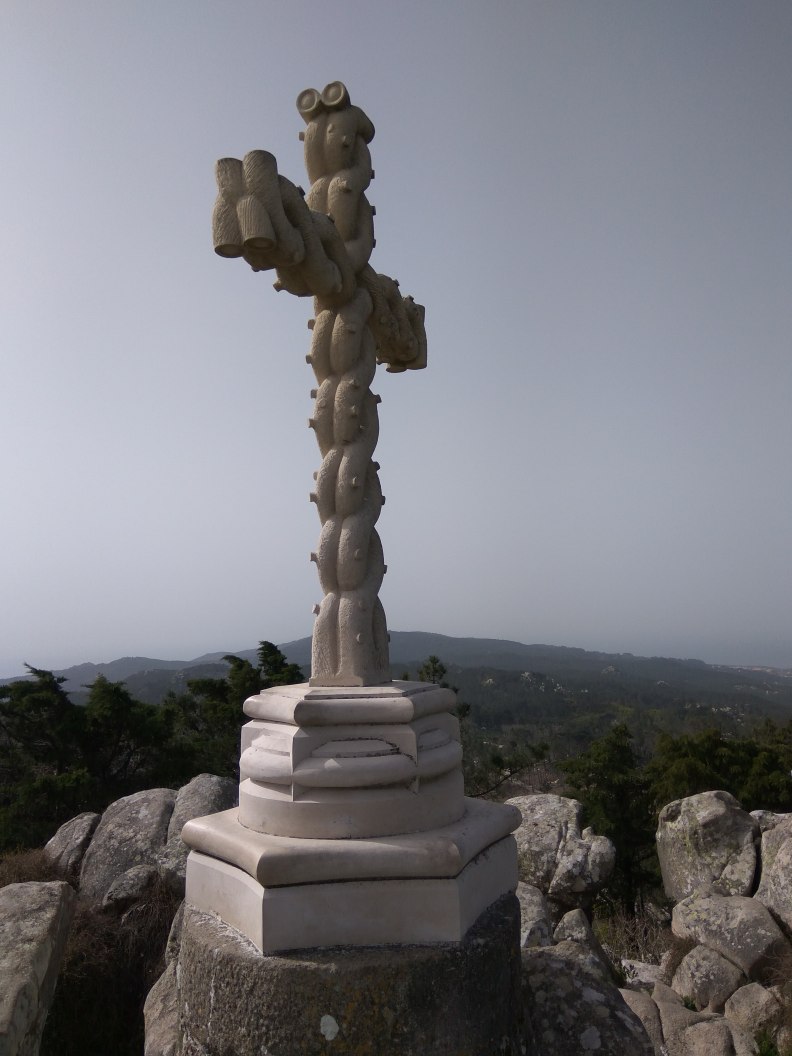 It was worth it for the view. 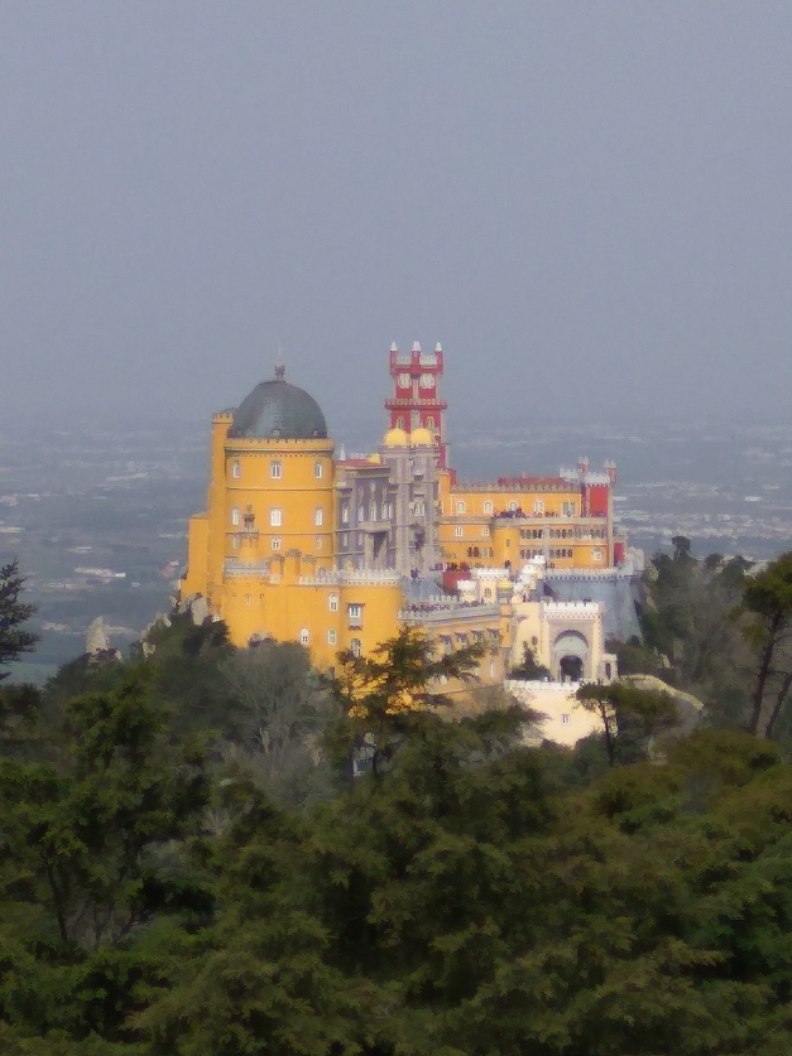 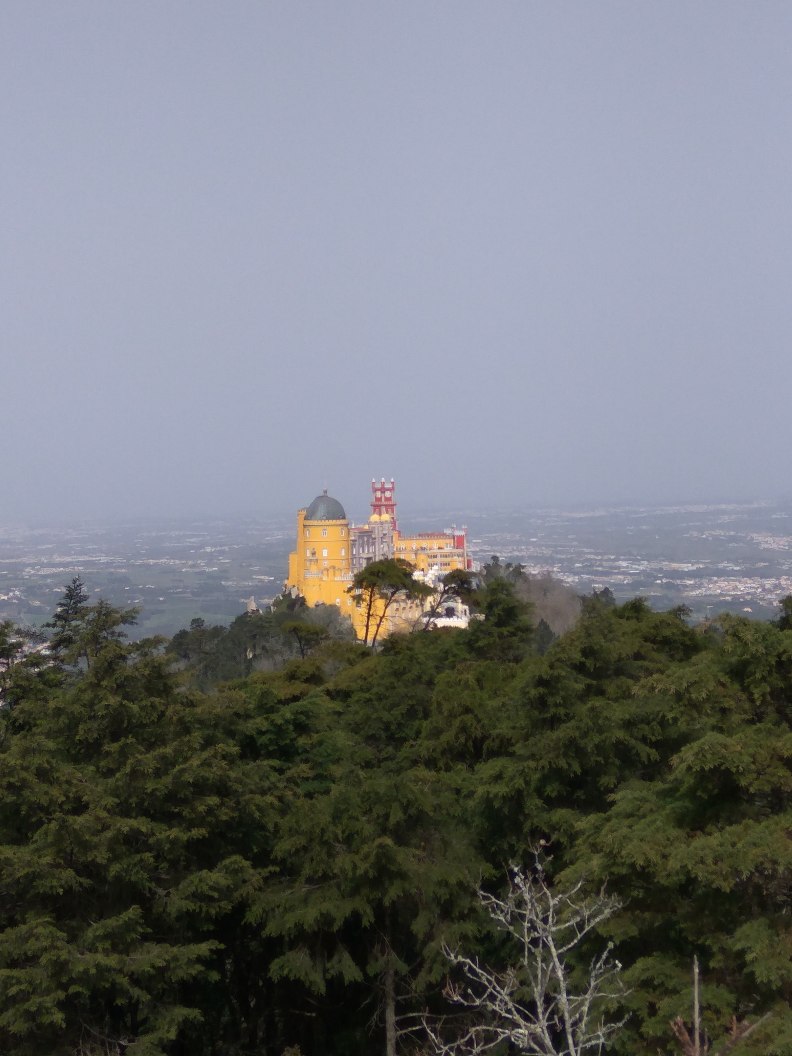 The Pena Palace began as a monastery, which is the red part, before being expanded and used as the royal summer palace. 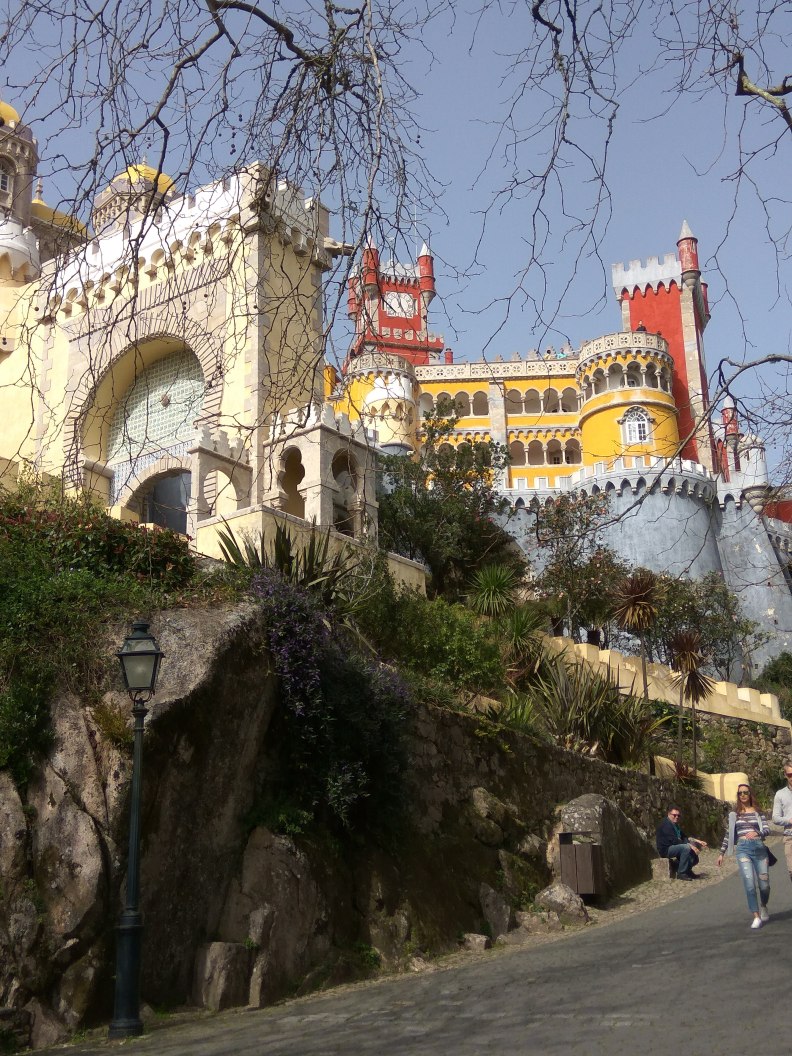 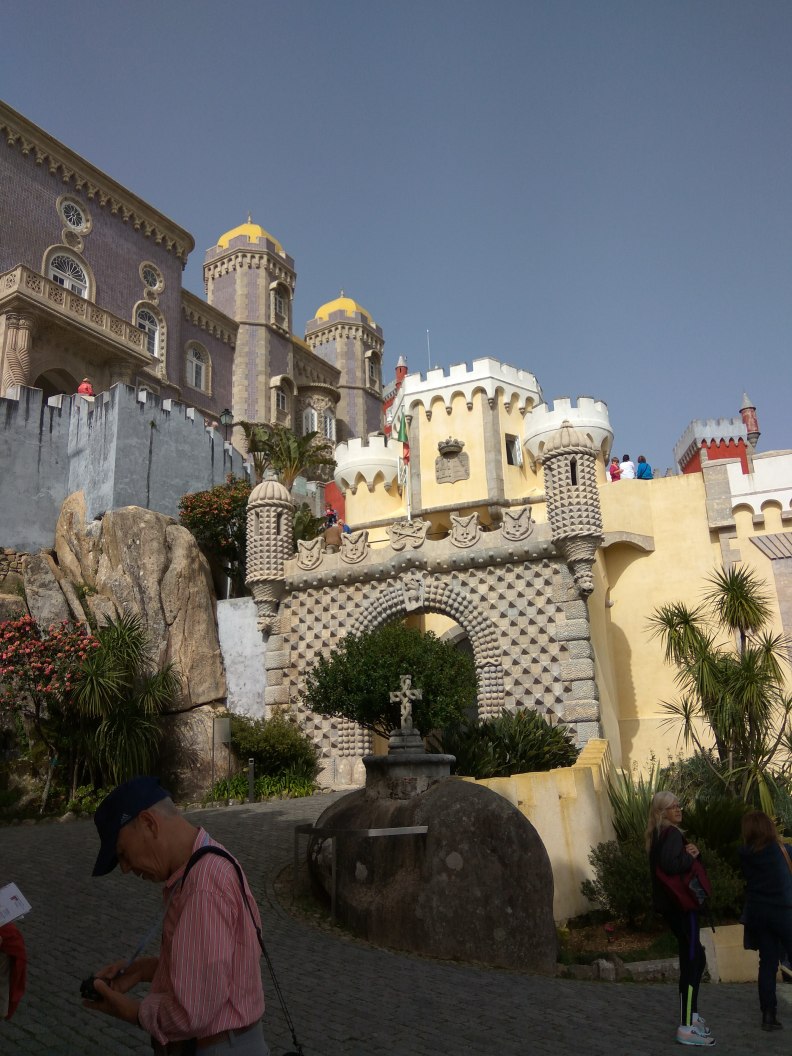 We found a turret to recover in and take pictures from. 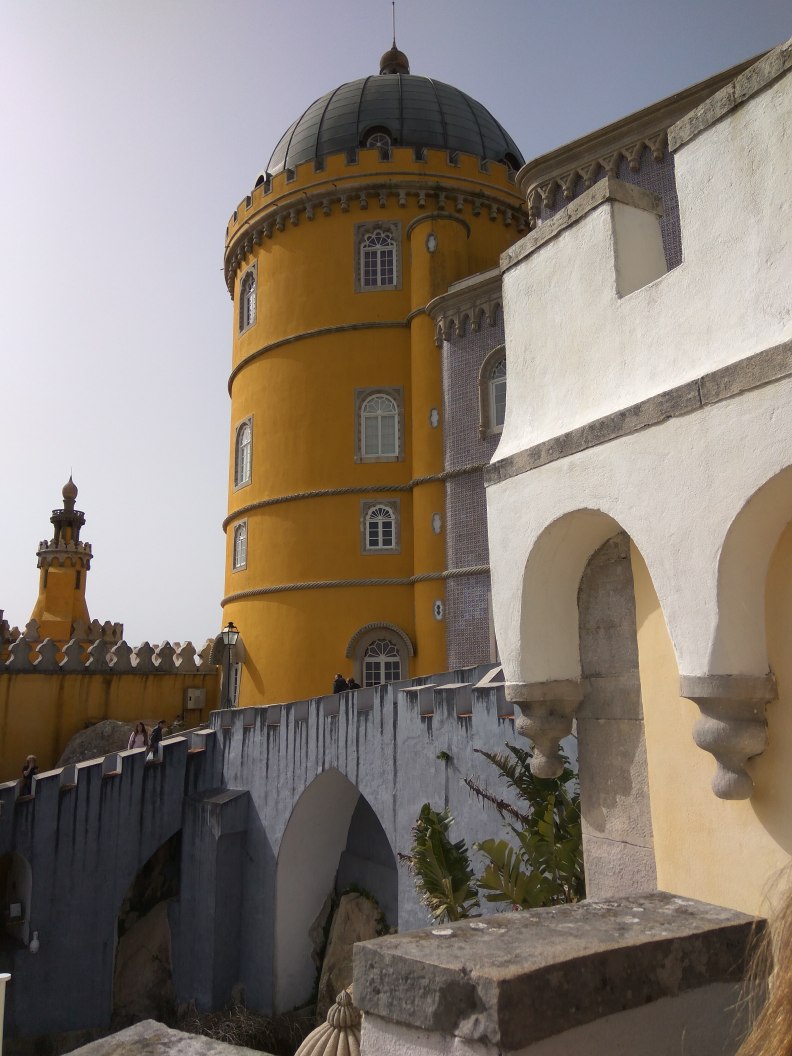 My dad definitely enjoyed the view! 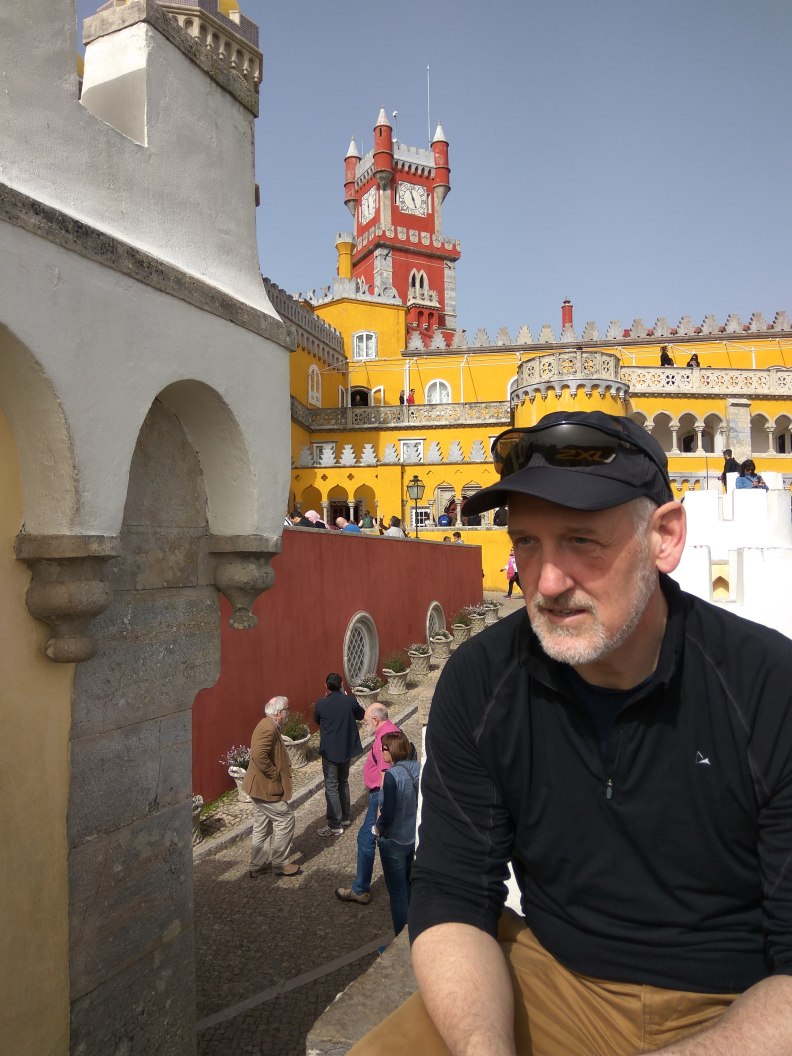 We then entered through the main gate and did the wall walk, which let us walk the outside of the palace. 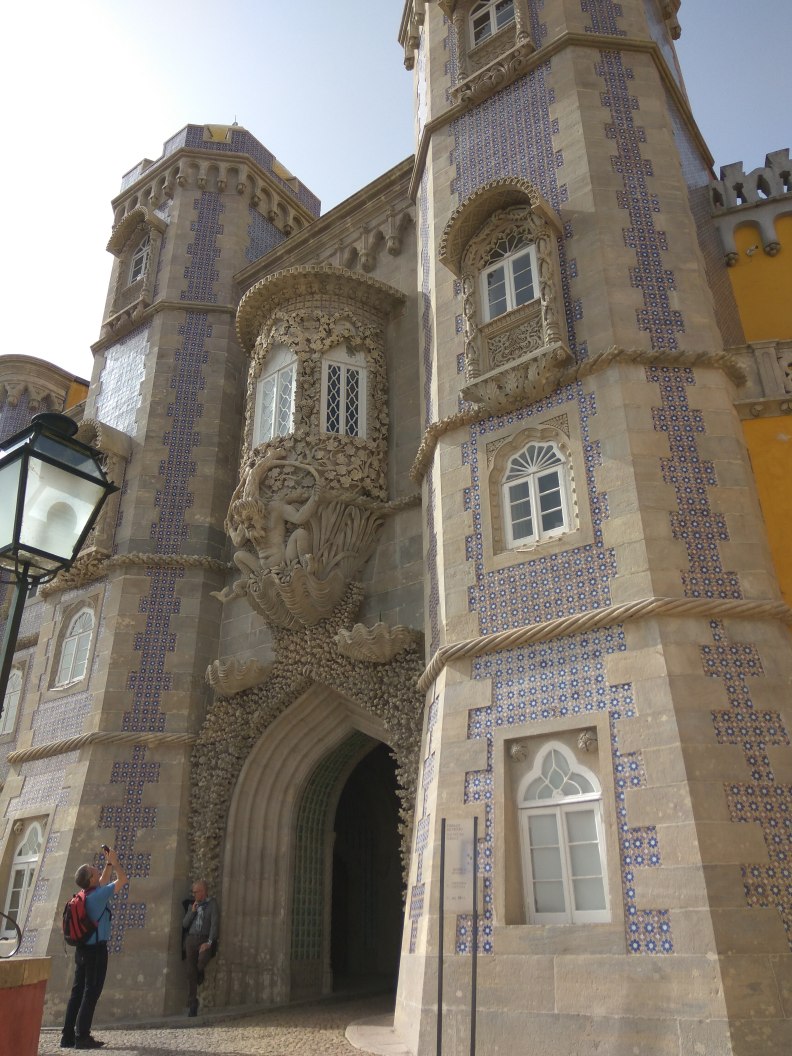 The walk was quite narrow, but it afforded a view of the Moorish Castle on a neighbouring mountain. 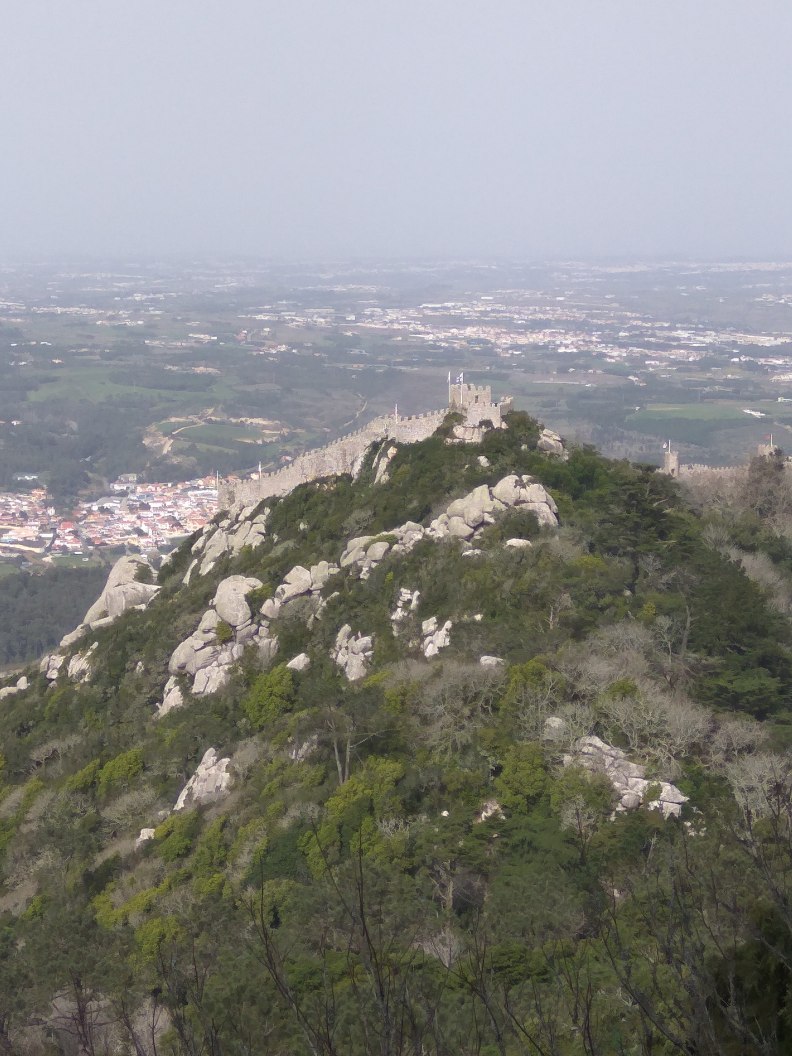 The inside of the palace was nice, it had a courtyard and some fancy rooms. The altar in particular was impressive. 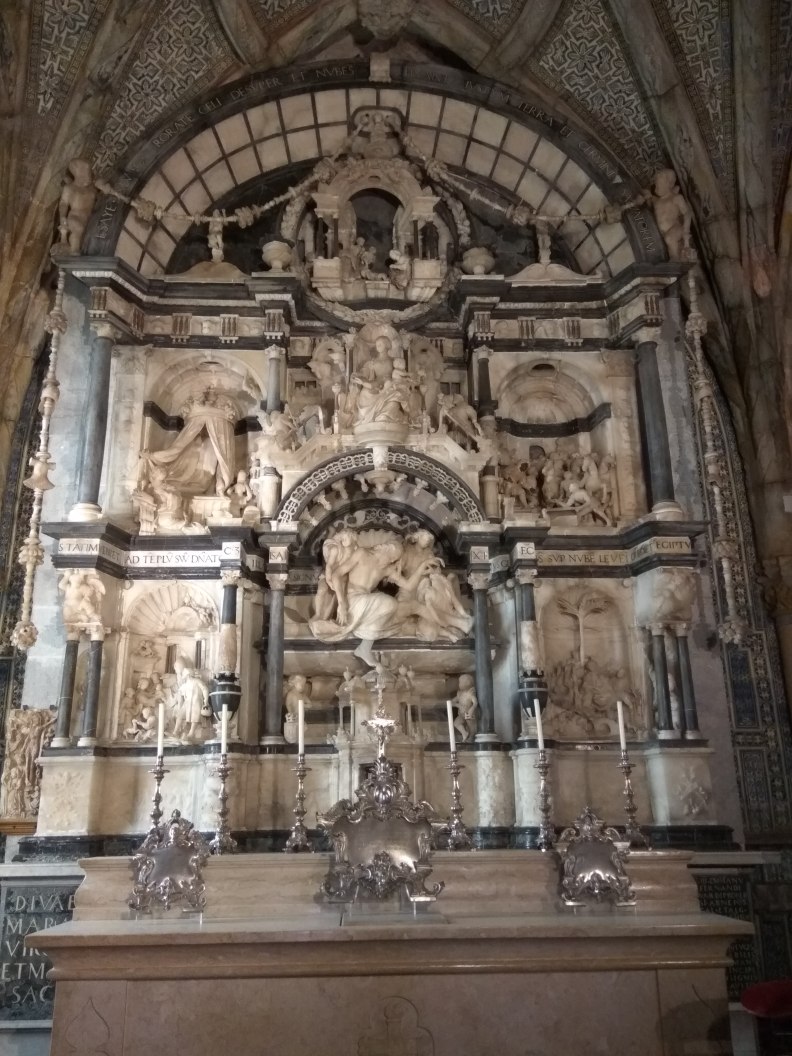 After the Pena Palace we of course wandered over to the Moorish Castle. 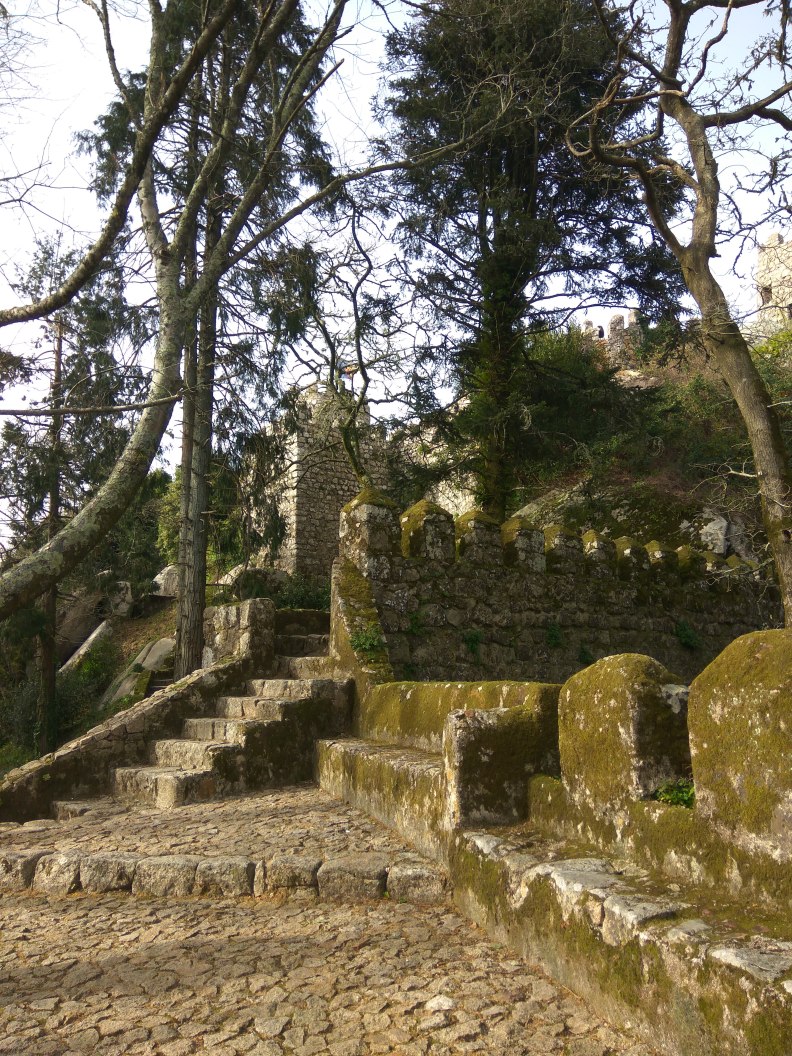 This castle contributed to the stair count in a major way. 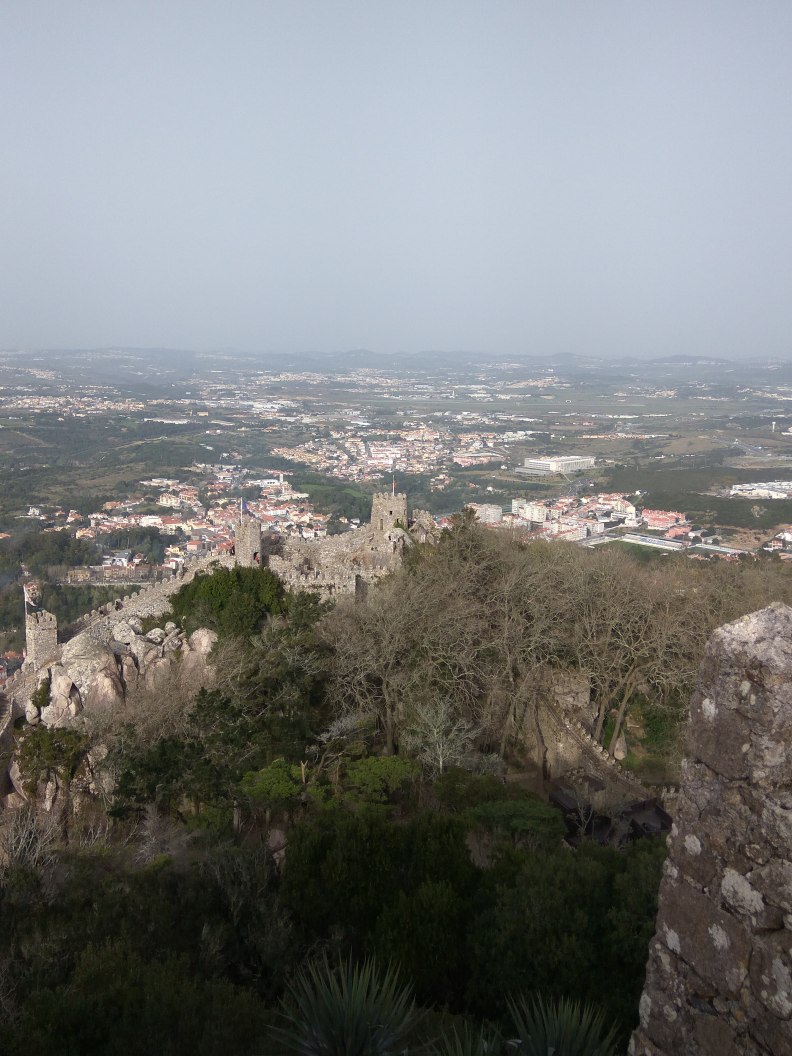 That’s a picture of the lower half of the outer wall from the upper half; it was so steep! Unlike on the Great Wall of China years ago, Madeleine did not fall on any part of this wall.

As a nice end to the day walking back down through Sintra, there was a waterfall to the side of the street. 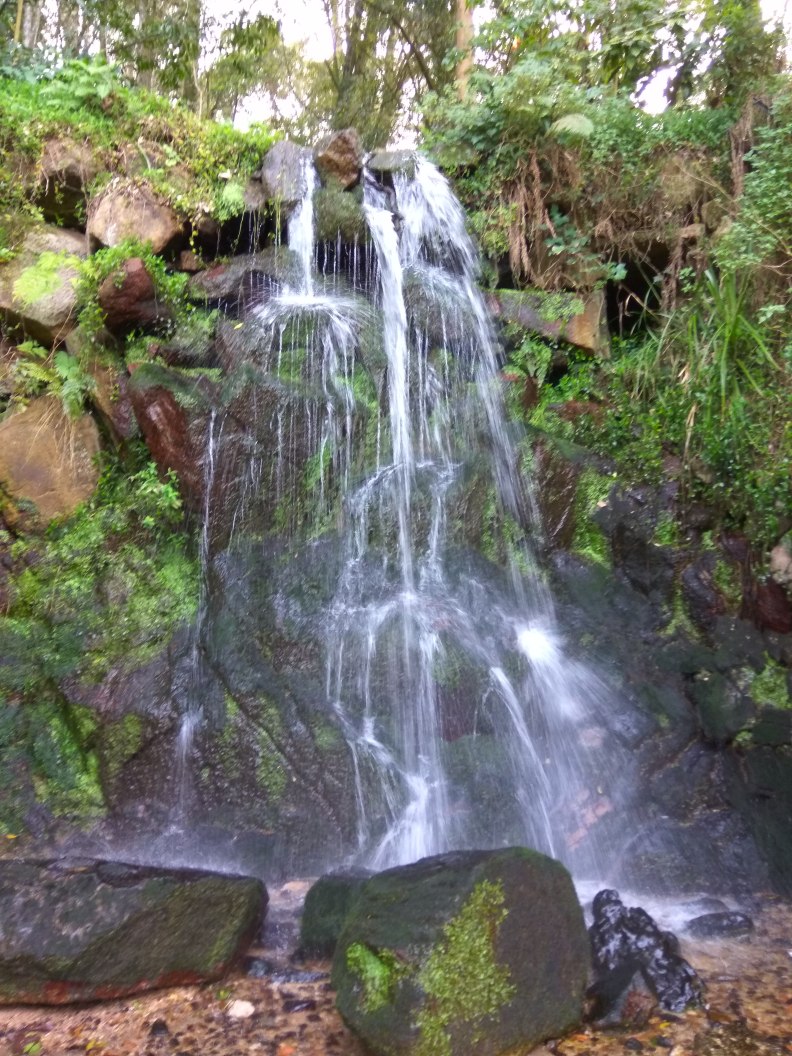 A few days later my dad suggested that we check out the walled town of Óbidos, which was an hour long bus ride from Lisbon. 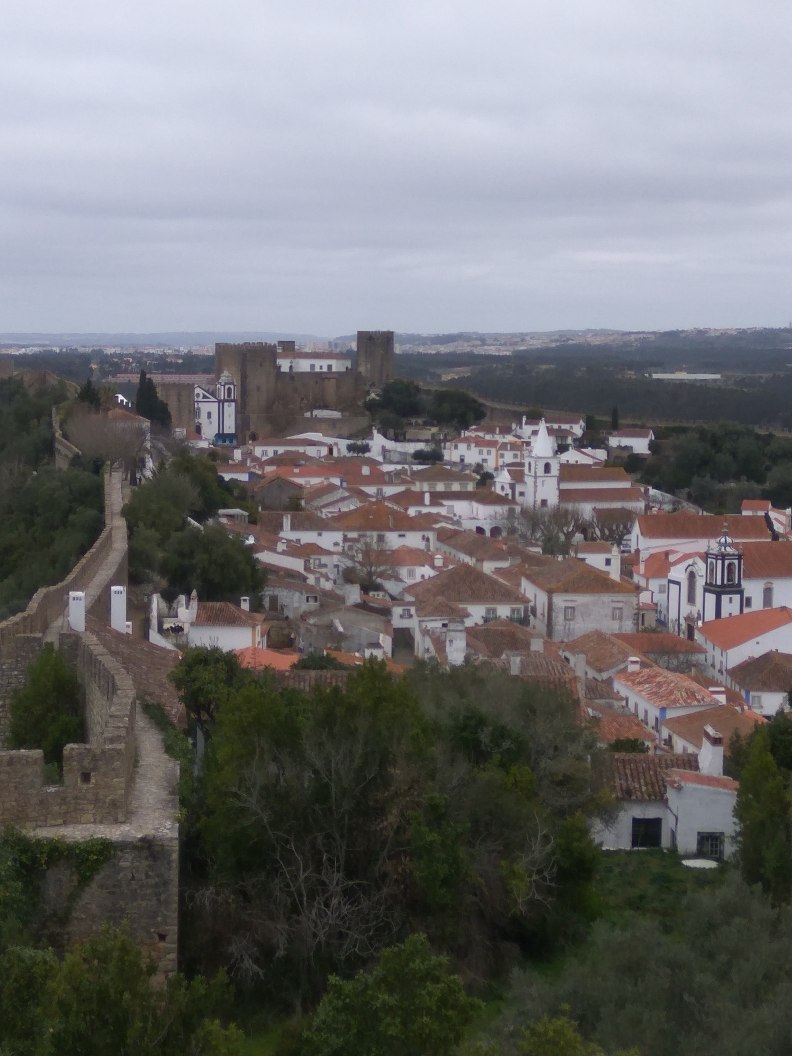 I love the orange roofs of Portugal!

The walk around this wall was interesting, because there are no railings on one side and it can get narrow. If you are afraid of heights it might not be the best idea. 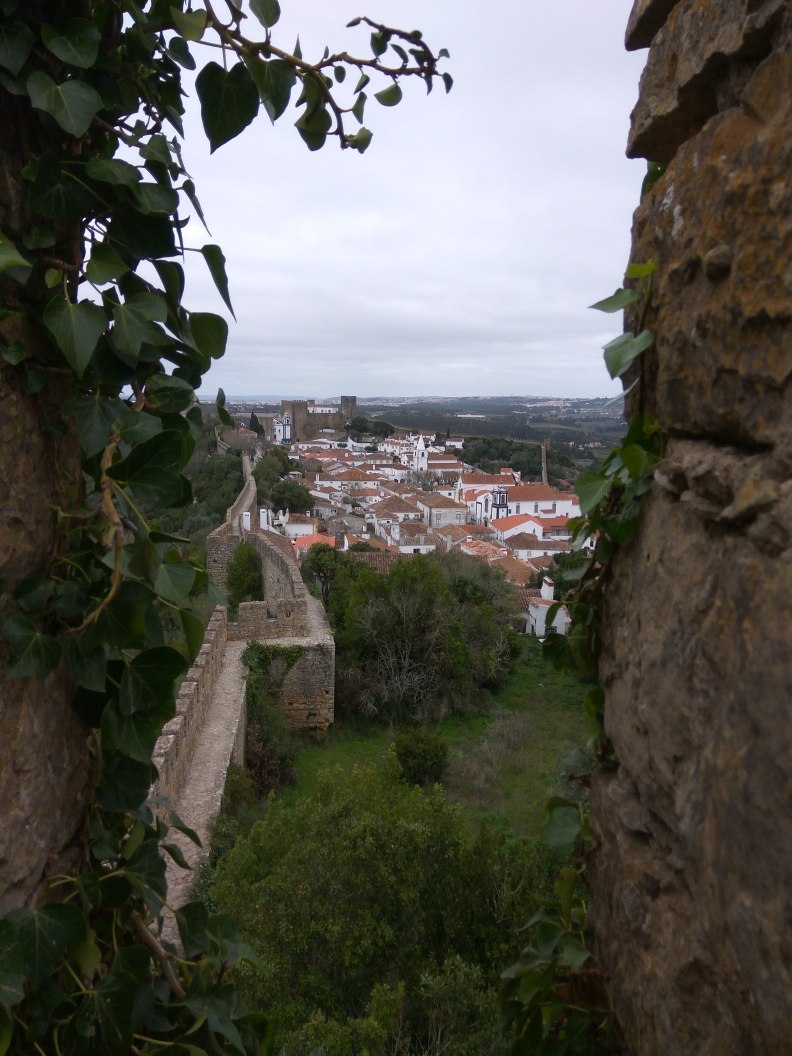 The town is definitely worth visiting though! 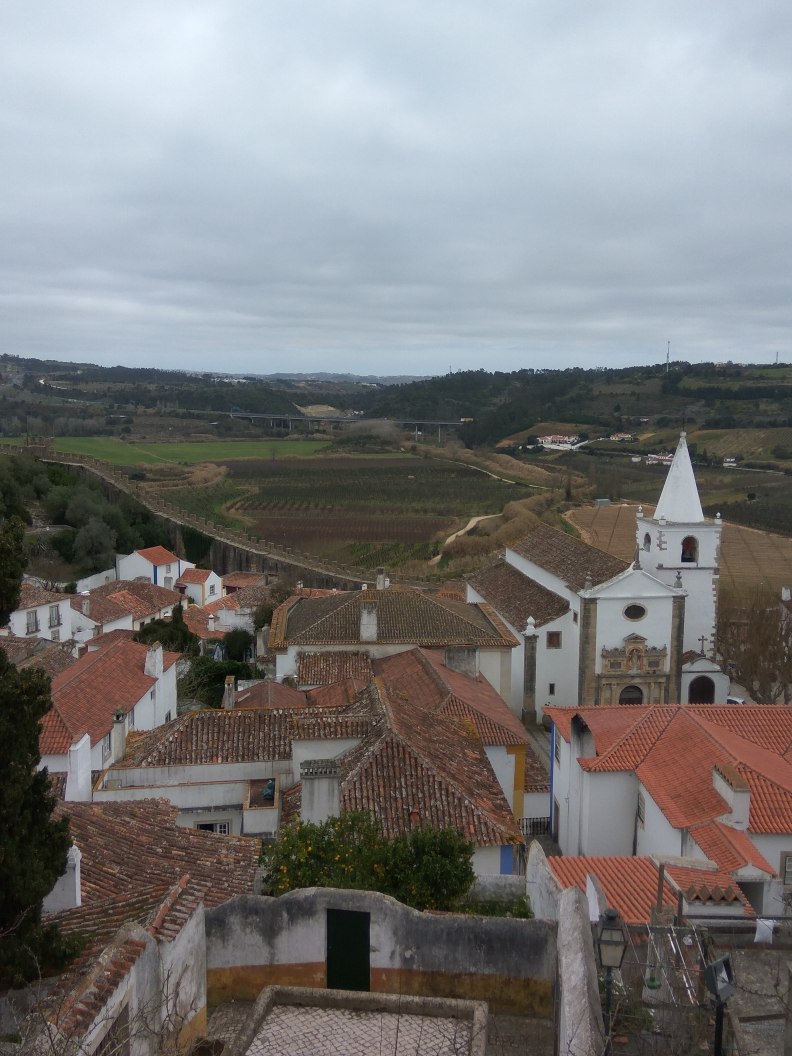 The town of Óbidos is famous for a liqueur called Ginja which is cherry flavoured, served in a little edible chocolate cup, and delicious. 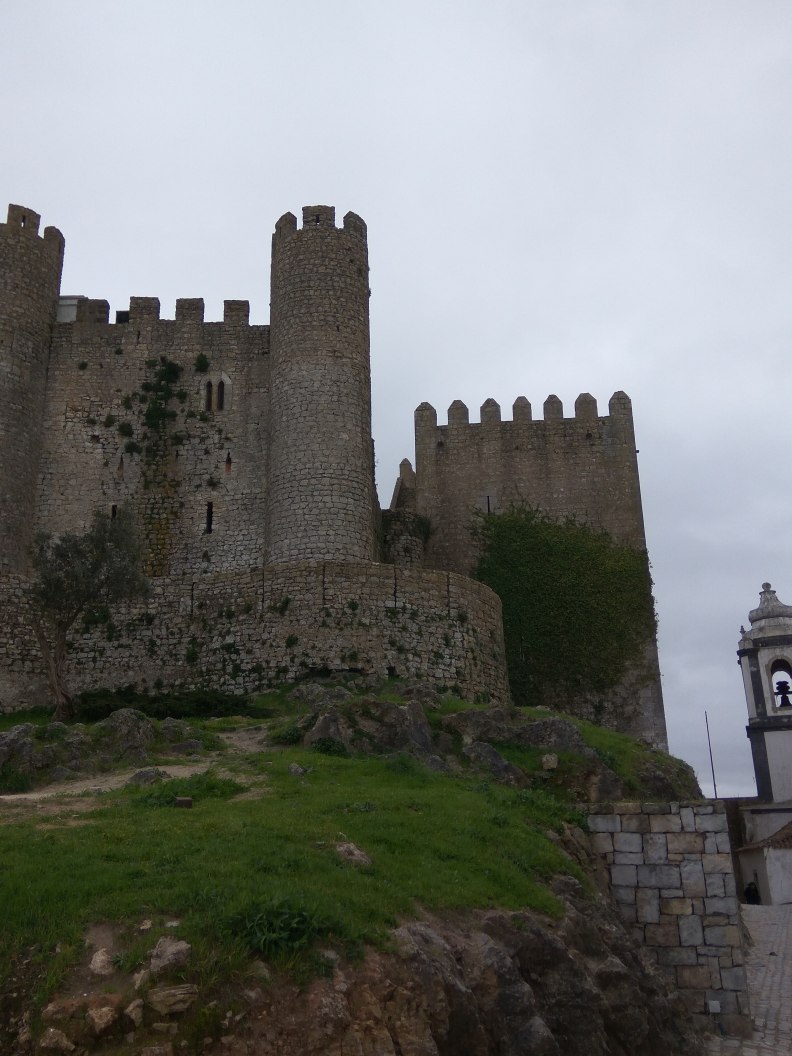 Still, venturing to Óbidos can involve conquering some fears. Madeleine clearly doesn’t approve of this afterthought of a staircase.

In the middle of the town there is a church that looks to be guarded by a whomping willow. 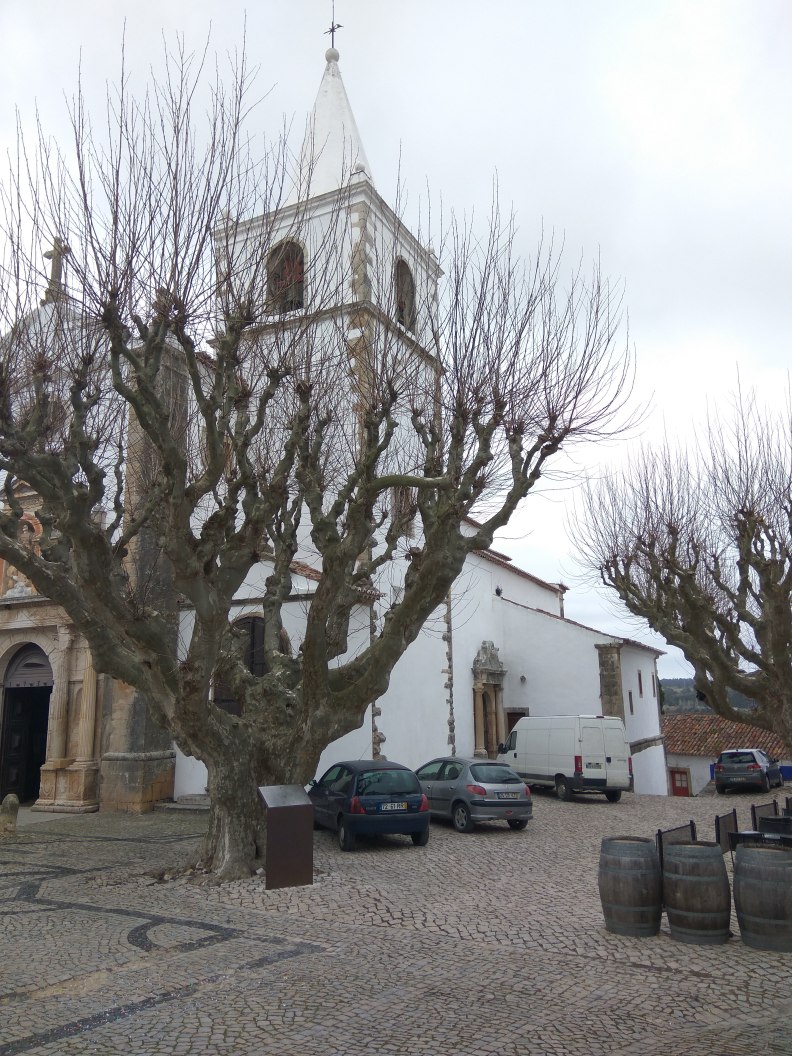 Every inch of the inside is painted, so it really is worth taking your chances with the tree. 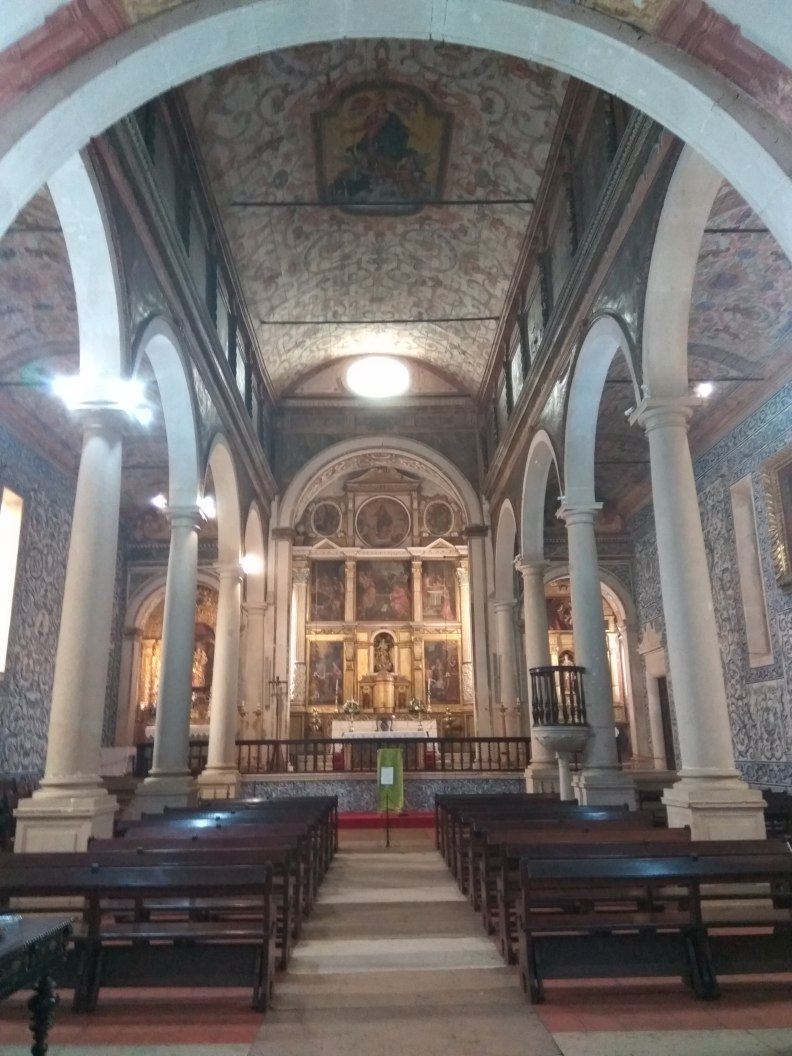 Lisbon is great, and a convenient base for some amazing day trips. 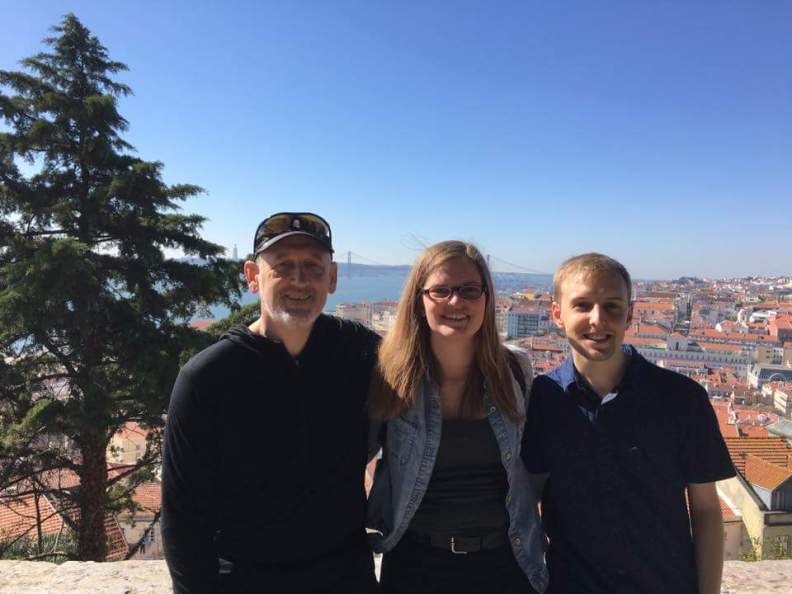 On Saturday night I sadly said goodbye to my dad and sister and boarded the night train from Lisbon to Madrid. 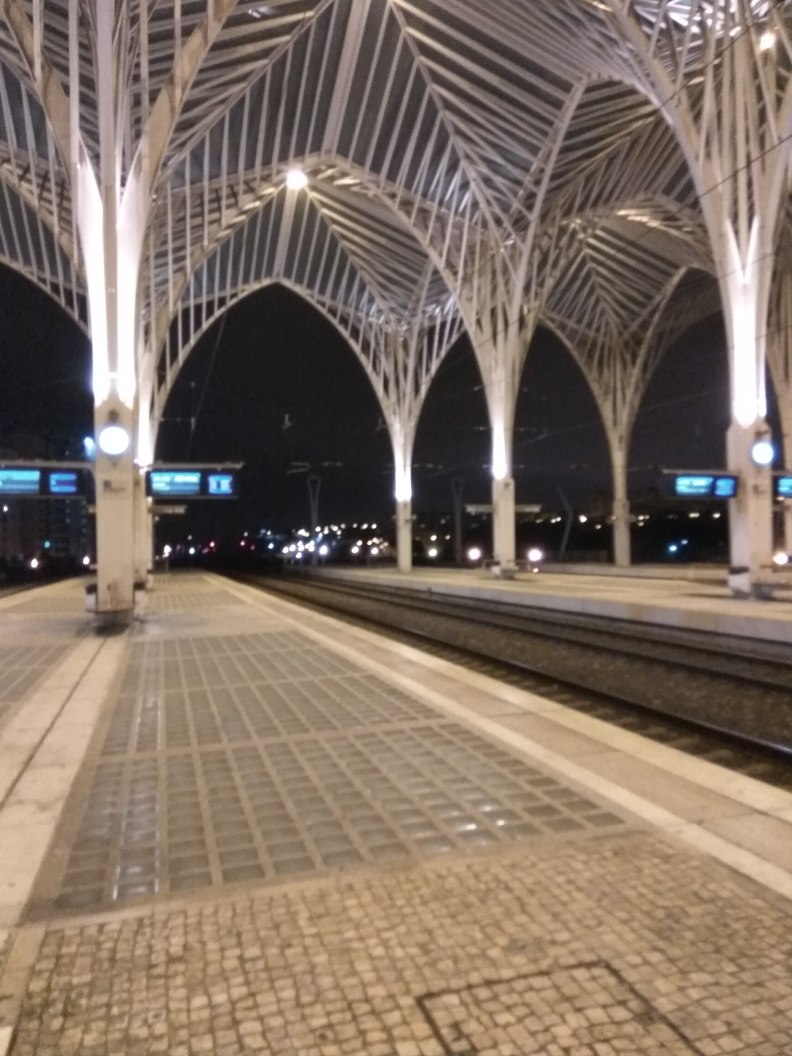 I was at first impressed that they managed to fit two bunk beds into what appeared to be a closet, and then was suddenly unimpressed when I realised that my future included 10 hours trying to sleep on one of them. Nevertheless, I made to my hostel in Madrid and found the bed mysteriously comfortable last night. I hope the effect lasts.

I am extremely excited to be in Madrid, for reasons that will become apparent in my next post!