Madrid was a very important stop on my trip for me, because it is the city that I most wanted to visit with my mom. Years ago she set out on her own to travel and study, and spent a lot of time here in Madrid studying Spanish literature.

Consequently, my sister and I were subject to rapid bursts of Spanish when my mom wanted to confuse us, and now that I’m learning a little Spanish I’m starting to figure out what she was saying. We also grew up with Picasso prints decorating the house, including a large print of “Guernica”.

Thus I arrived in Madrid anxious to see the city that influenced parts of my childhood. Naturally I started with coffee. 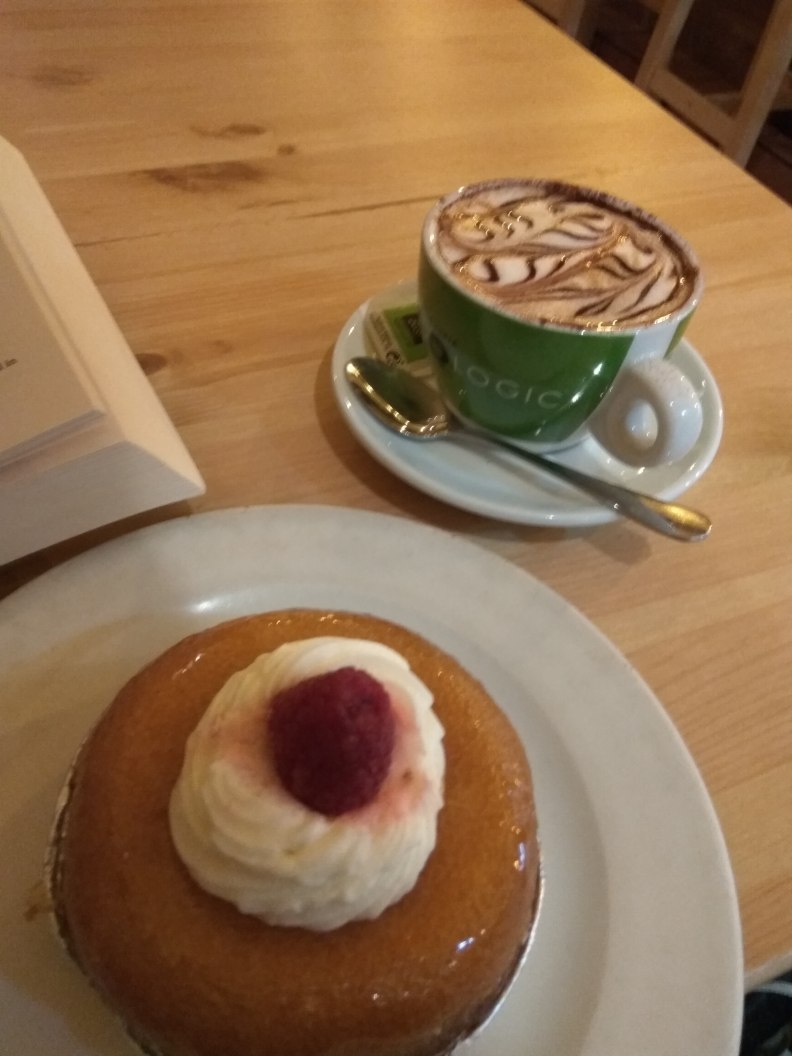 While waiting to check in to my hostel I spent a few hours reading Les Miserables and drinking coffee in a nearby café that put chocolate syrup on their cappuccinos! I became a regular customer that week, and on the day I left the owner said goodbye and gave me a freshly made churro.

With more time before check in, I wandered over to the park in front of the Museo Nacional del Prado and found people playing flamenco guitar.

I then noticed somebody show up who many guitarists stopped to take a picture with. I got talking with one of the guitarist’s sons who was listening nearby and asked who the celebrity was. (His English and my Spanish were about equal so it was a fun conversation). Turns out this famous guitarist goes by the name of Amós Lora, who is a rising star in Spanish guitar. 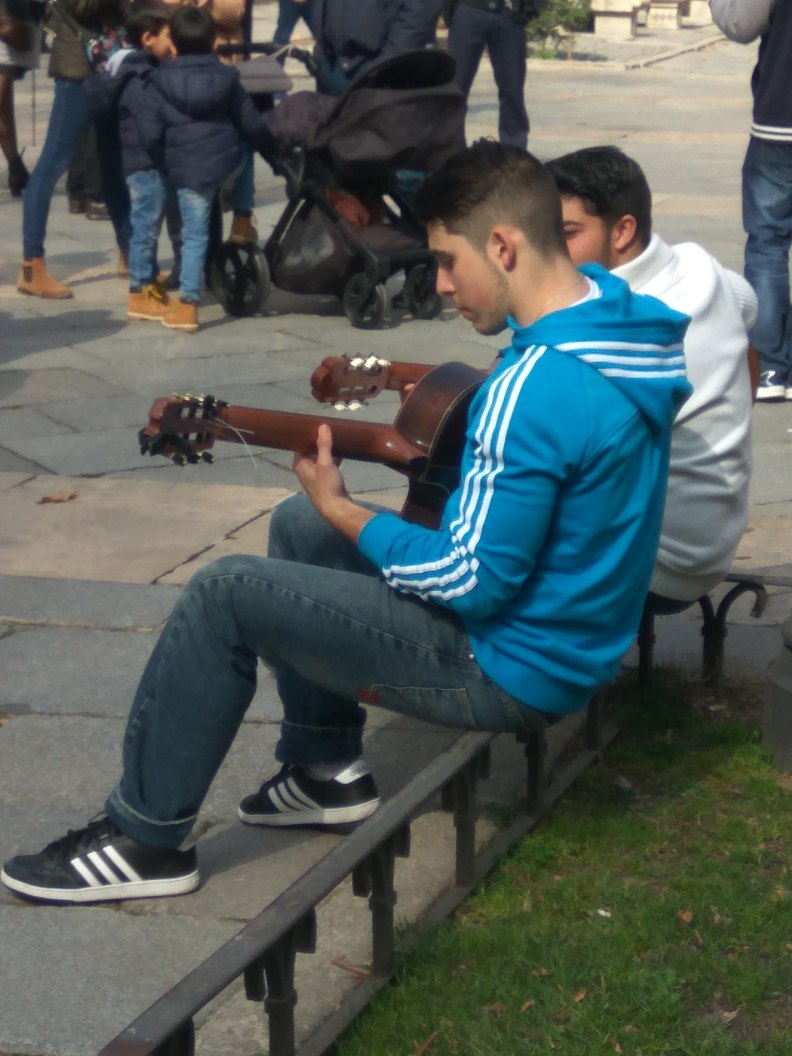 Saw a celebrity on my first day!

After checking in I discovered a list online of the days and times when each museum had free entry. In Madrid there is a “Golden Triangle” of art museums and one of them was free that evening, the Reina Sofía. When I realised that this was the museum that housed Guernica, I could barely pay attention to the Kandinskys and Miros I passed looking for it. This is the painting my mom told me stories about, and that has been in our house for as long as I can remember, and I was about to see it in person!

Guernica is a town in the Basque region of Spain that, at the request of Spanish leader Francisco Franco, was bombed by the Nazis. For the world fair in 1937 Pablo Picasso painted “Guernica” in response, depicting the violence and suffering inflicted upon the people by their future leader. It is one of the world’s most striking anti war paintings and takes up an entire room.

Finally seeing it in person was amazing. I found details I’d never noticed before, and spent a long time in there just appreciating the moment.

Madrid’s golden triangle really is amazing, and the second stop was the Thyssen Bornemisza Museum. I was quite surprised with what this one contained. First of all, it had one of my favourite Salvador Dalí paintings: 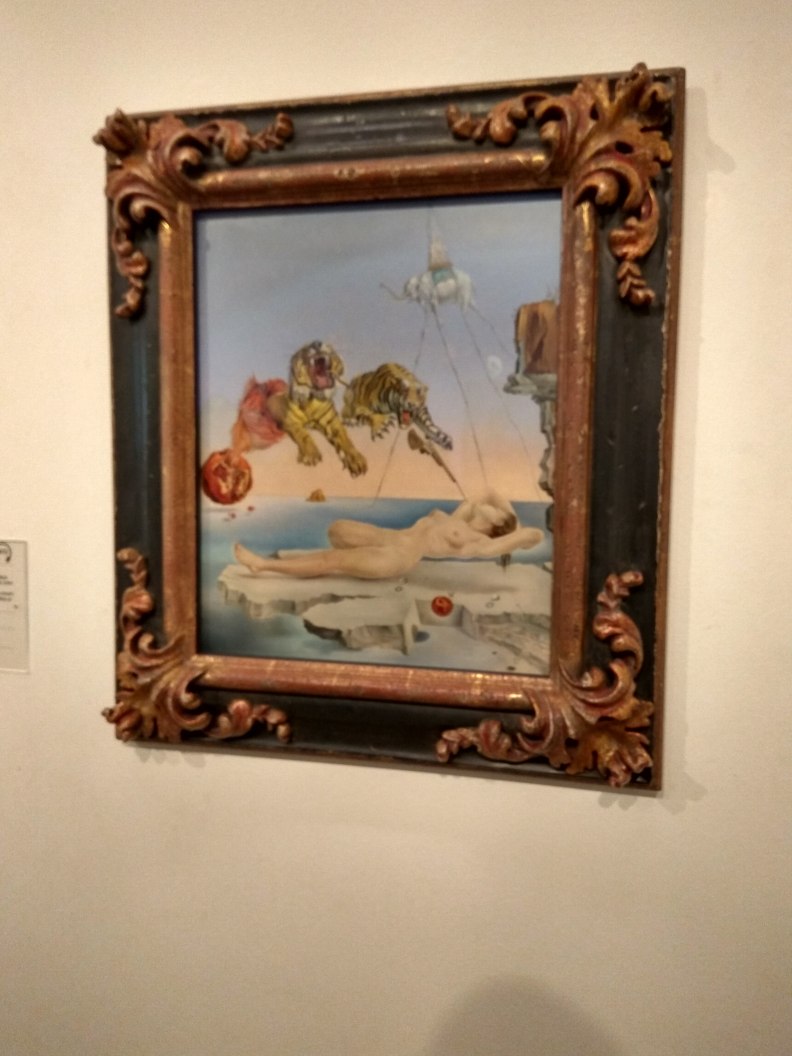 It had a Van Gogh, 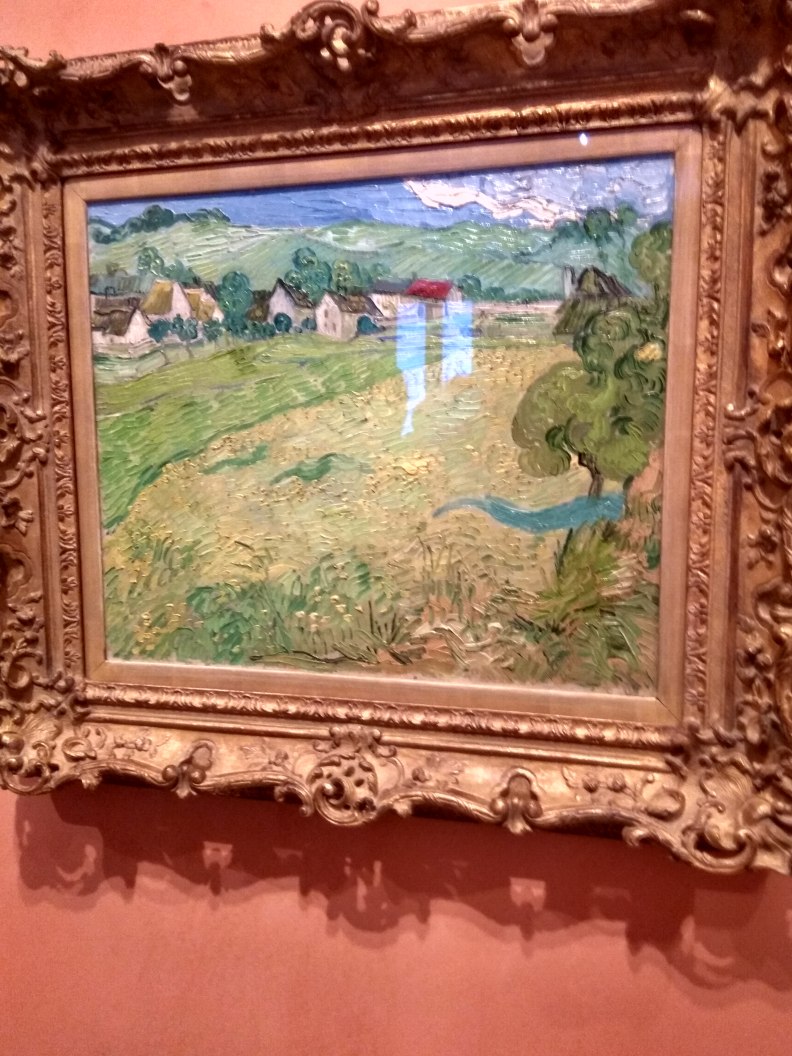 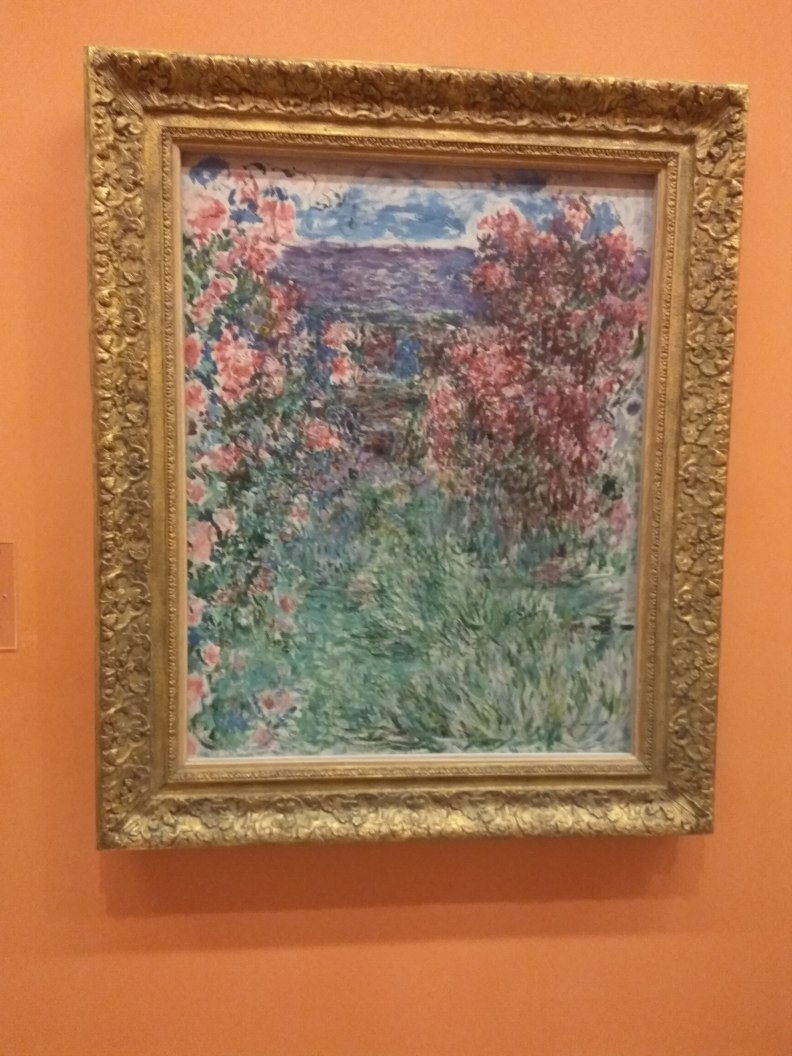 As expected, walking through Madrid was beautiful. It has giant churches, 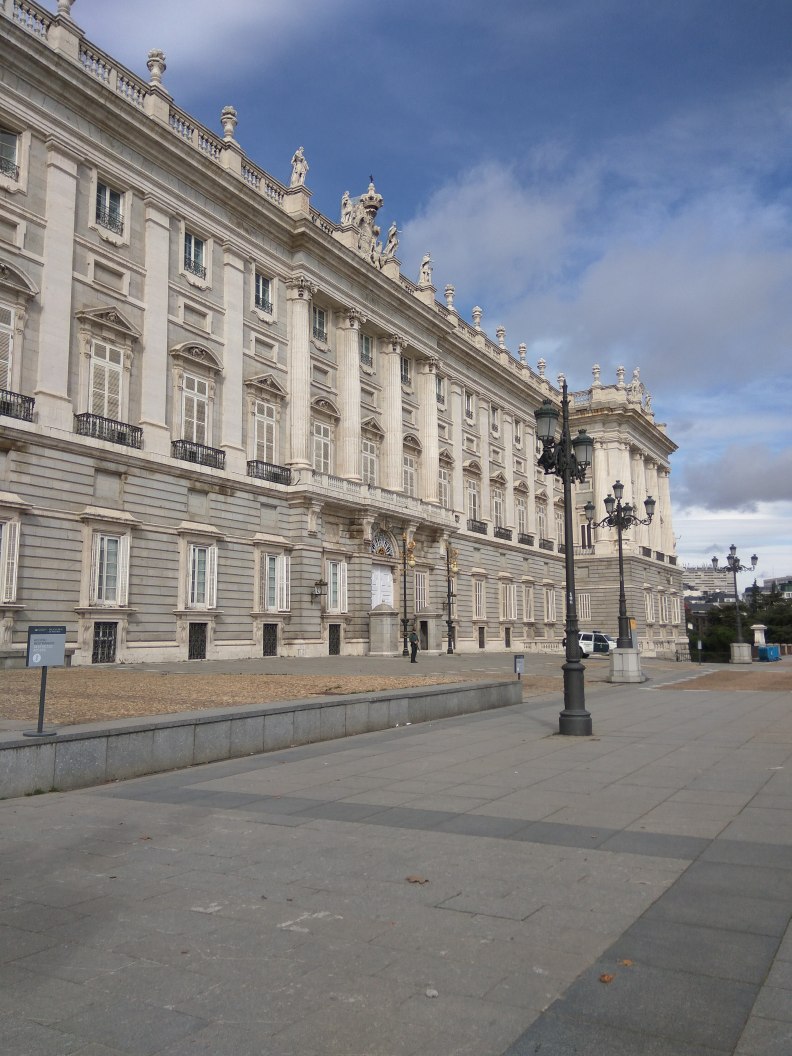 and even an Egyptian temple! This was at first surprising until I reflected upon how many countries have managed to plunder Egypt’s national treasures. 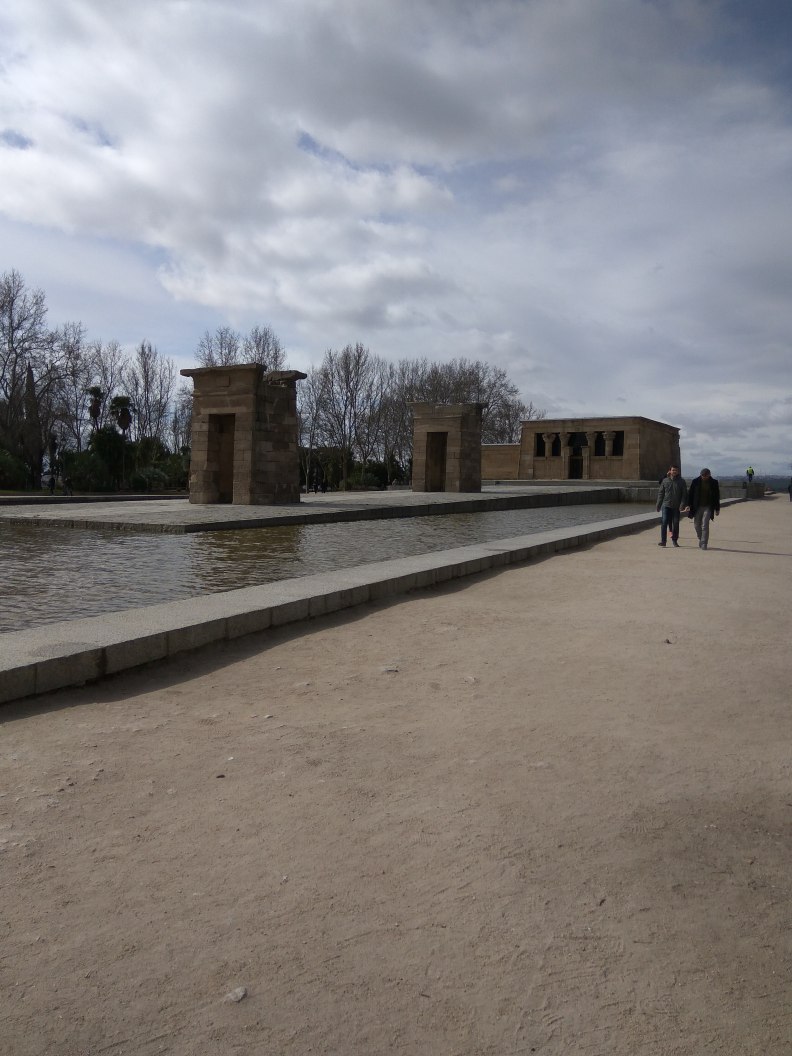 Madrid even had their own walk of fame, where I was able to find a star for an actor my mom loved. There is a famous Spanish artist named Francisco Goya who, among other works, created a series of paintings known as the “Black Paintings” due to their colouring and themes. I was looking for one painting in particular because I’ve always been interested in Greek mythology and saw a picture of it years ago. It is called “Saturn Devouring His Son” and is located in the third museum of the triangle, the Prado. 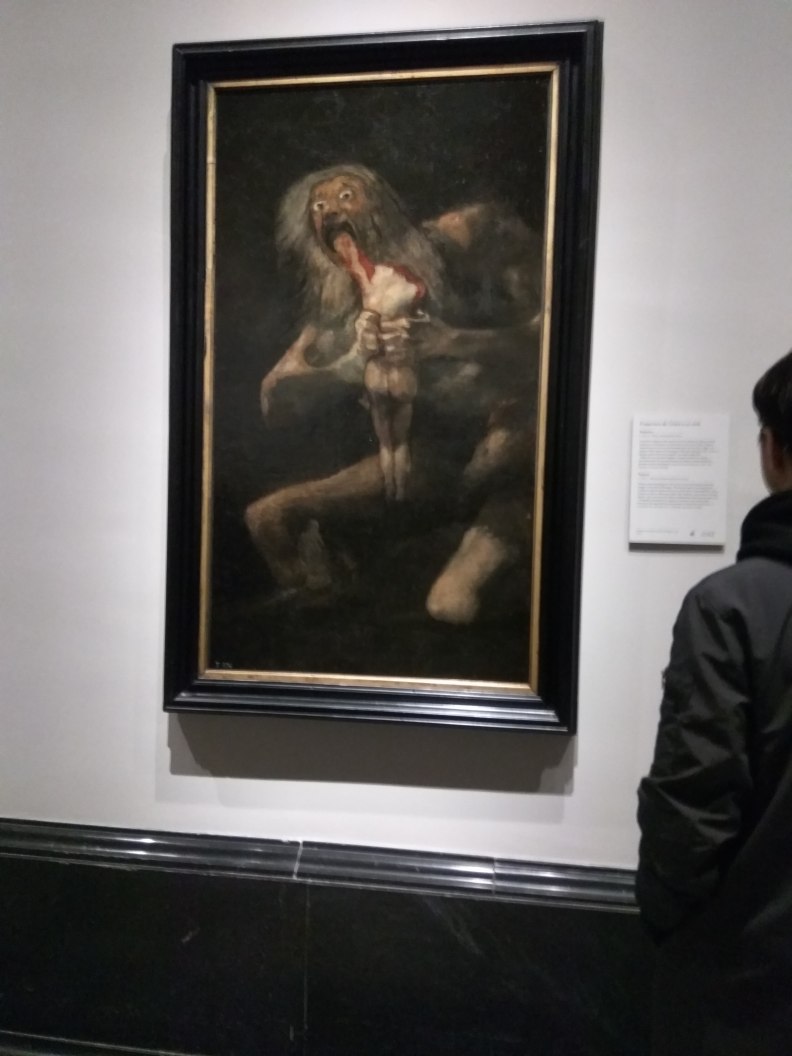 I can’t believe how many famous paintings there are in one city! As if to confirm that the theme of this visit would be art, there was an exhibition for a very famous artist. 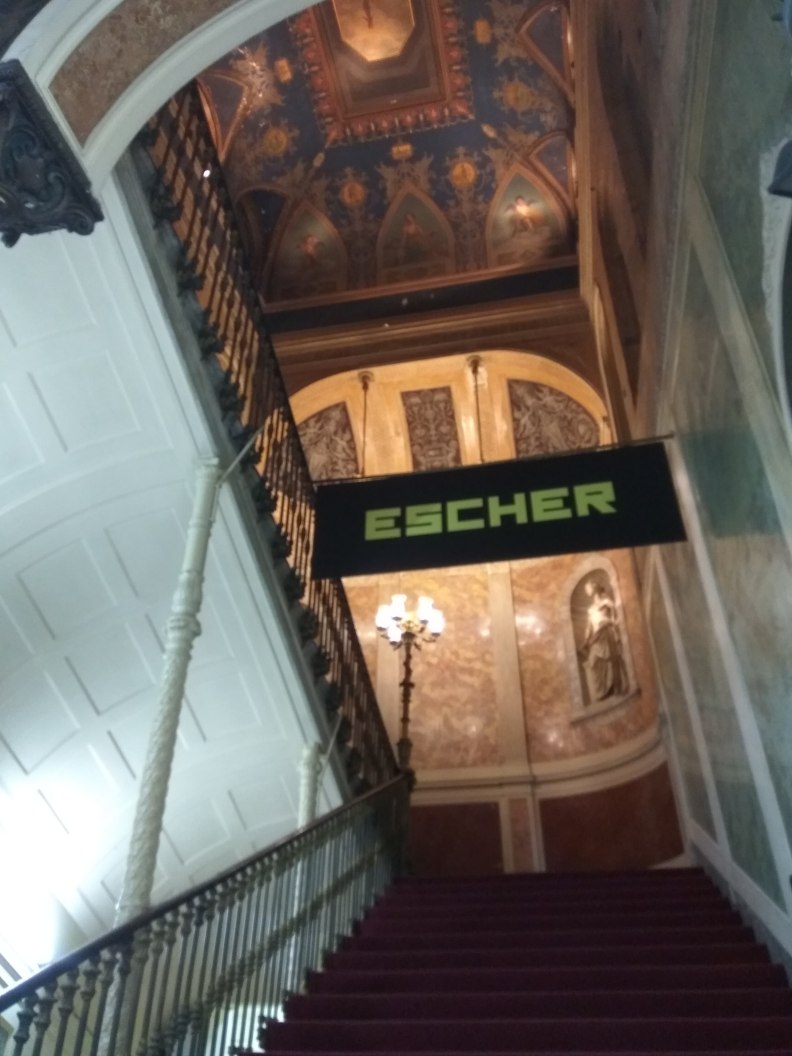 This was amazing. I got to see the original M.C. Escher pieces! From his earlier woodcuts, 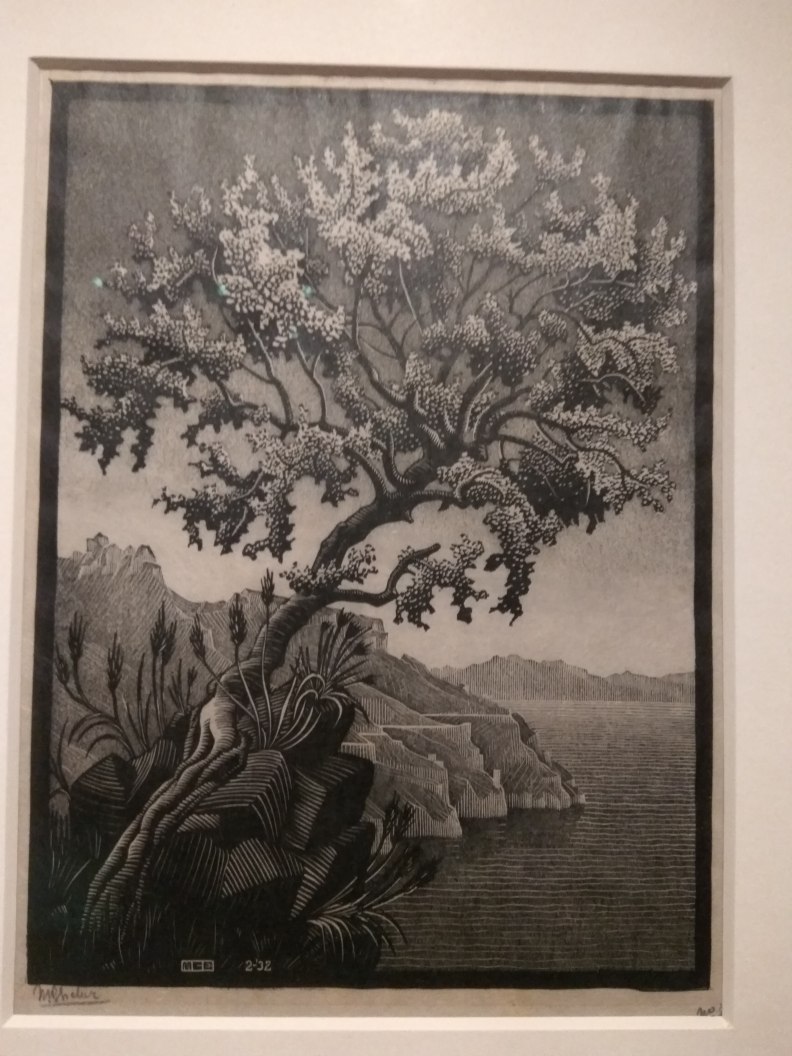 to his beginning to experiment and further develope his style, 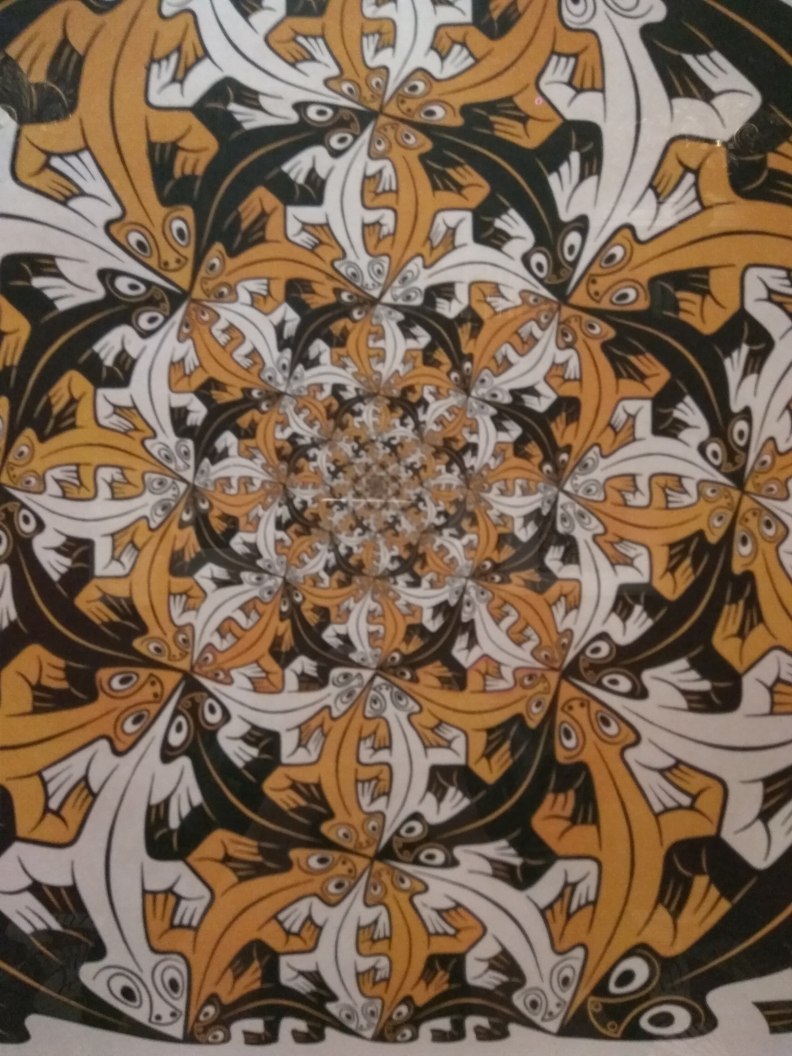 And finally to the perspective challenging masterpieces he is known for today. There was even an Escher mirror room. 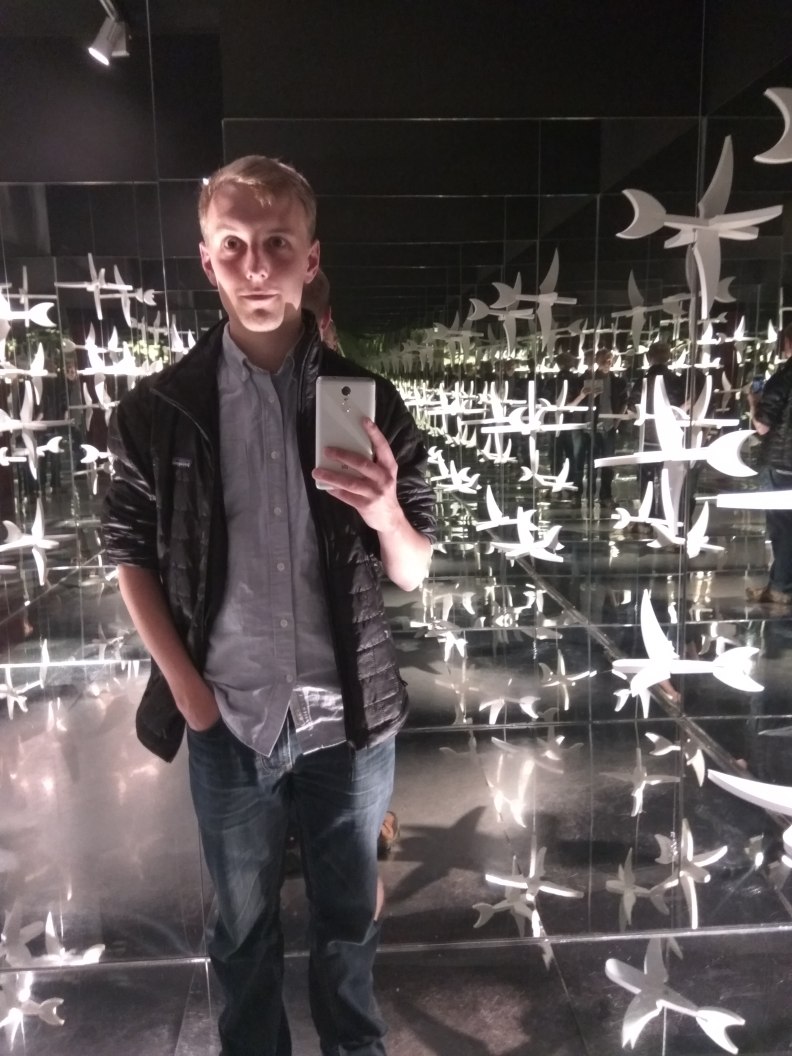 What can one even do after seeing so many amazing things in one day? 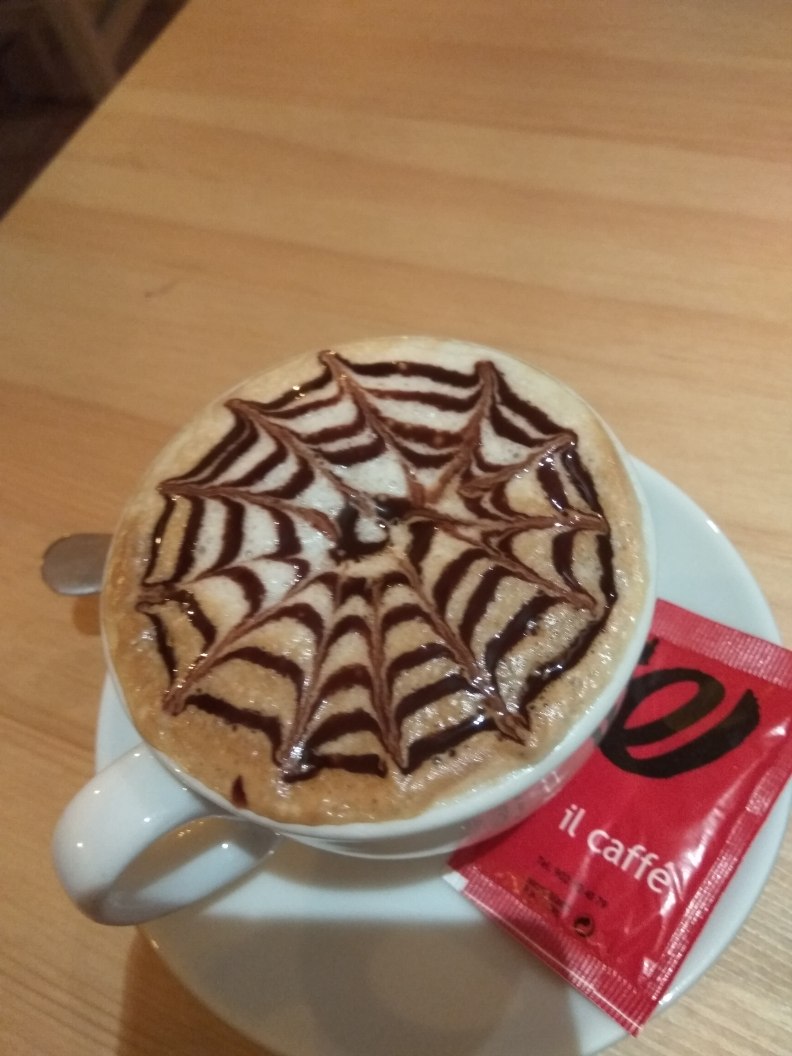 Anyways, aside from visiting Toledo one day, I spent a lot of time sampling the various tapas restaurants and cafés Madrid had to offer.
By my last day there was only one more thing I really wanted to see, which was the Crystal Palace in the middle of the Parque de El Retiro. 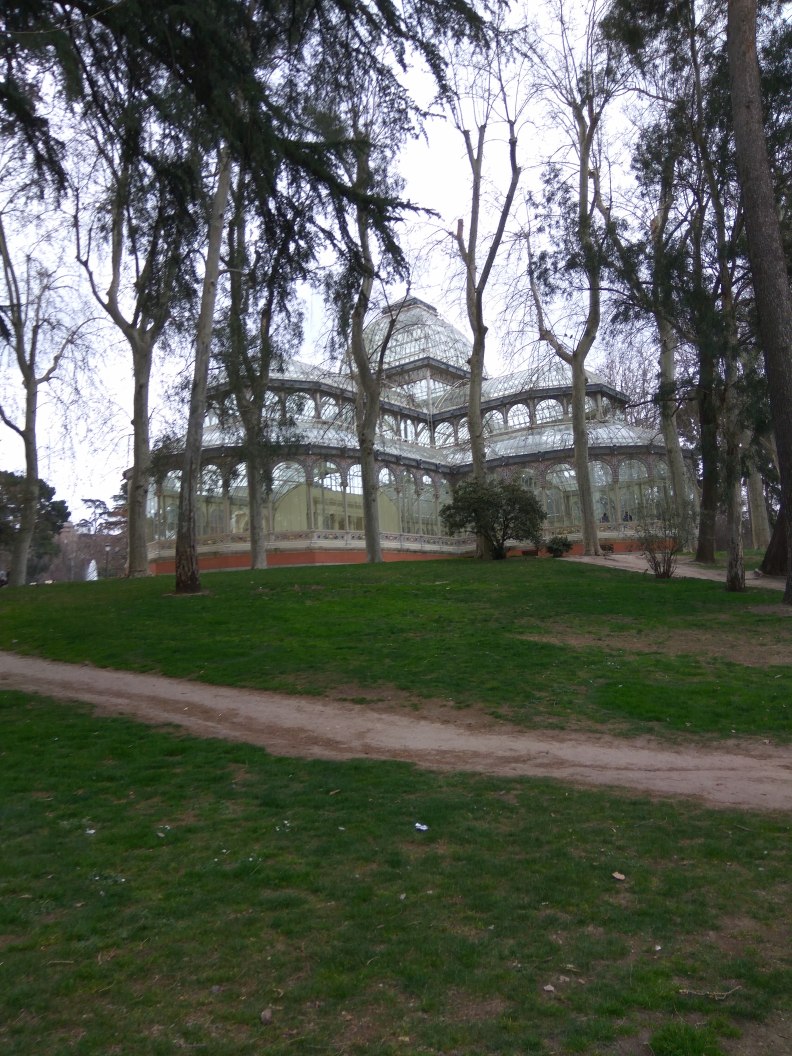 It is actually a soundpiece, and when you stand inside you can hear the wind blowing in through the top and surrounding you. 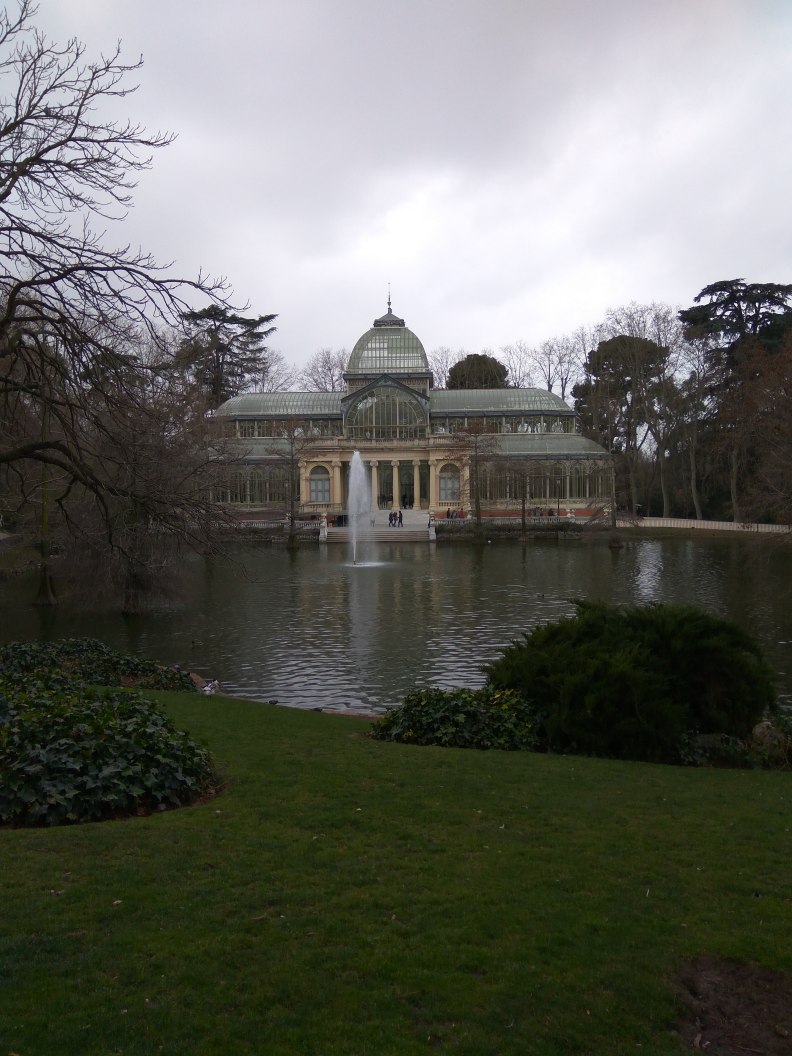 It also brought me back to the nature that cities tend to lack, at least compared to the Canadian countryside. 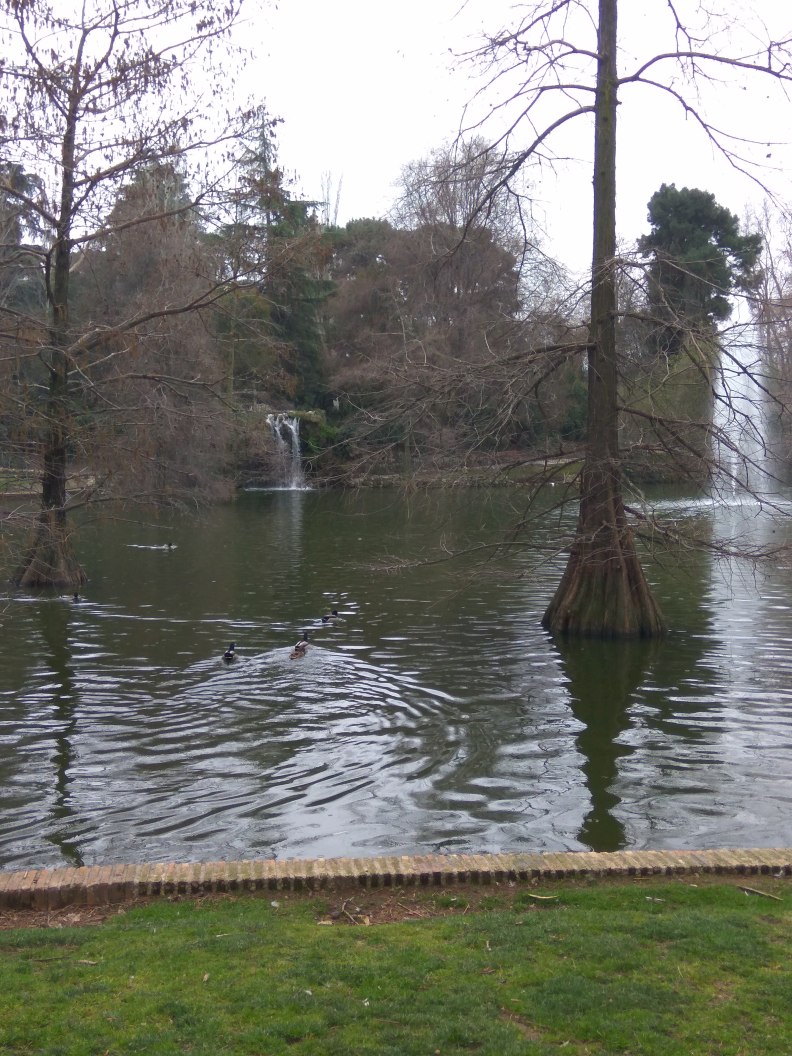 I loved Madrid. Whether it was seeing the iconic Guernica, finding Javier Bardem’s star, or getting free things from the local coffee shop owner, everything reminded me of my mom and I was happy for that opportunity. I feel like I am currently living my life in a way she would approve of, and Madrid helped make that clear.