Strangely, the first songs I heard playing in both Barcelona and Madrid were by the same Canadian artist. In Spain I found my Canadian music in the form of “Complicated” by Avril Lavigne. So far in my journey I’ve heard Joni Mitchell, k.d. lang, and Avril Lavigne – our female artists are doing a great job representing Canada!

I took the train from Madrid to Barcelona, arriving at the Barcelona Sants station. A train station I would walk to every day but one during my visit for one reason or another. As usual, I found my hostel, thought about how nice sleep would be, and went out to explore. The Picasso Museum is free on Sundays after 3, so I thought that would be a good start. On the way I saw a nice building that turned out to be the Palau de Música Catalana. 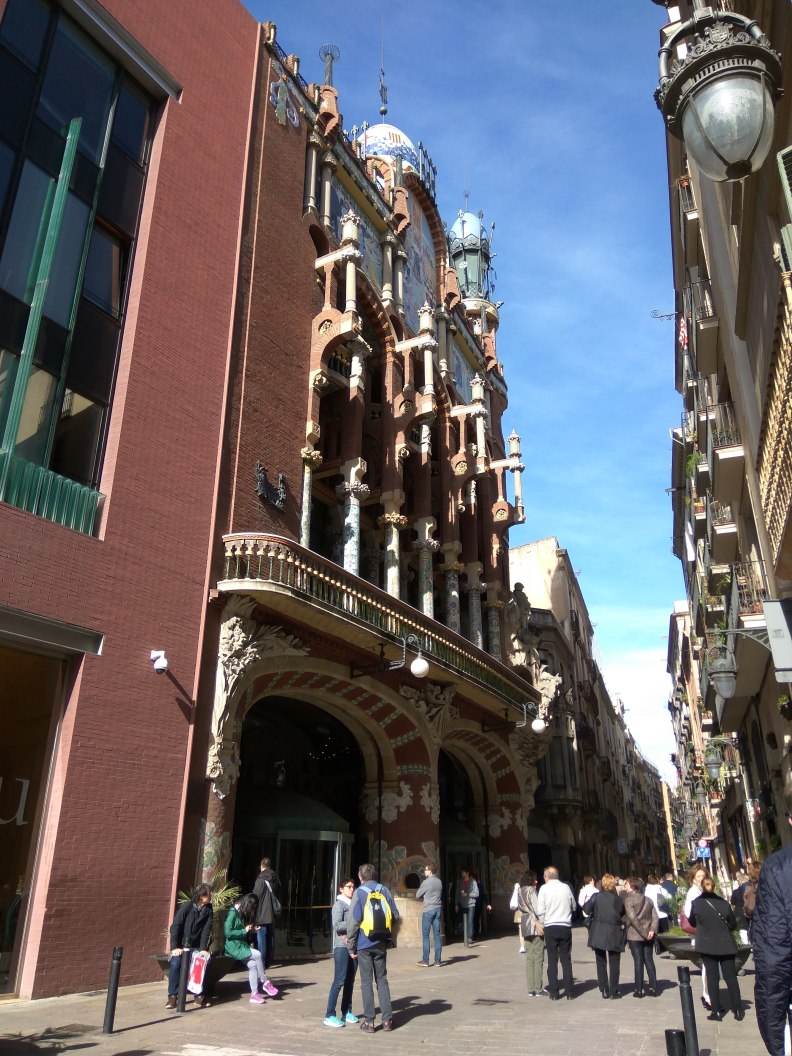 Barcelona is the capital of Catalonia, an autonomous community in Spain, where Catalan is an official language as well as Spanish.

I got to the museum at 3:30 to find that the free tickets had “sold out.” So the Picasso museum is free! (On Sundays between the times of 3 and 3:05.) Great start. How did I cope with my disappointment?

Without anywhere in mind I began wandering and found myself in a plaza overlooked by a large gothic cathedral, the Cathedral of Barcelona.

My next day of exploring turned into a 15km walk. After booking some tickets at the train station, I made my way up to Park Güell. There were outdoor escalators at the top! This was my first look at Gaudí’s work in Barcelona, so I was pretty excited. It came with a nice view of the city. They even have their own High Cross! I think I would’ve been more impressed if I saw it before seeing the one in Sintra. Sintra had a wider view, a higher cross, and fewer selfie sticks.

The next sight was Gaudí’s house. 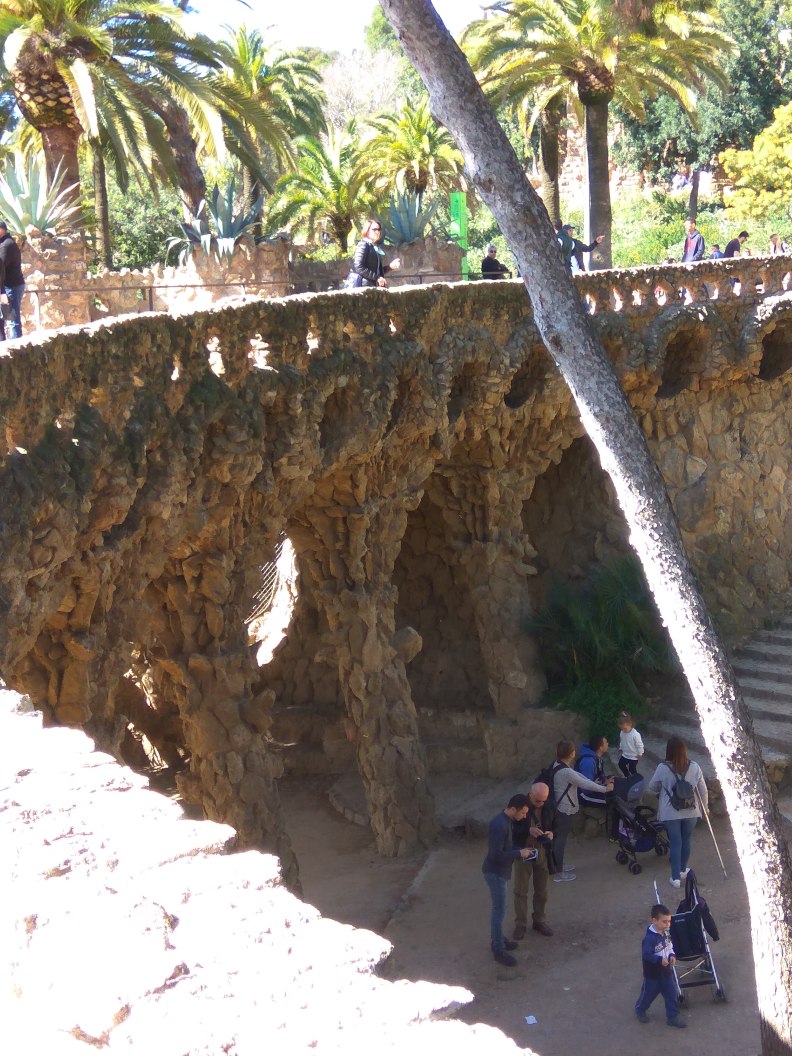 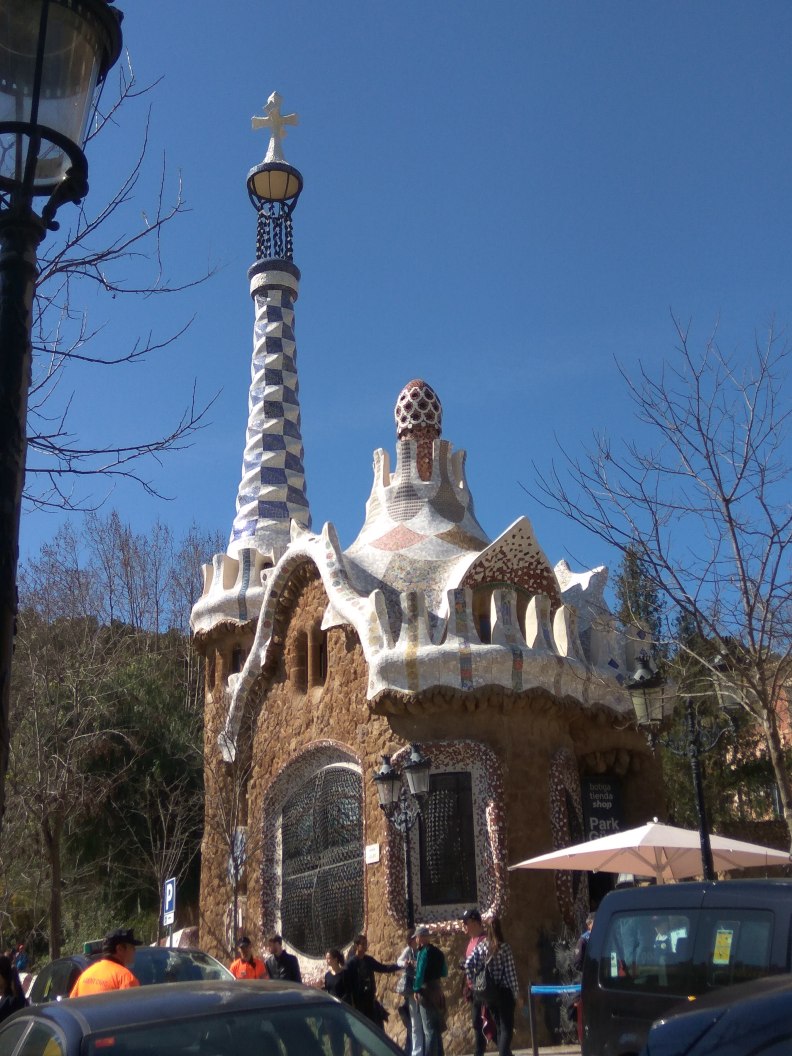 From there I began the much easier walk down-mountain to nowhere in particular as long as there was coffee.

I found some art pretending to be houses. 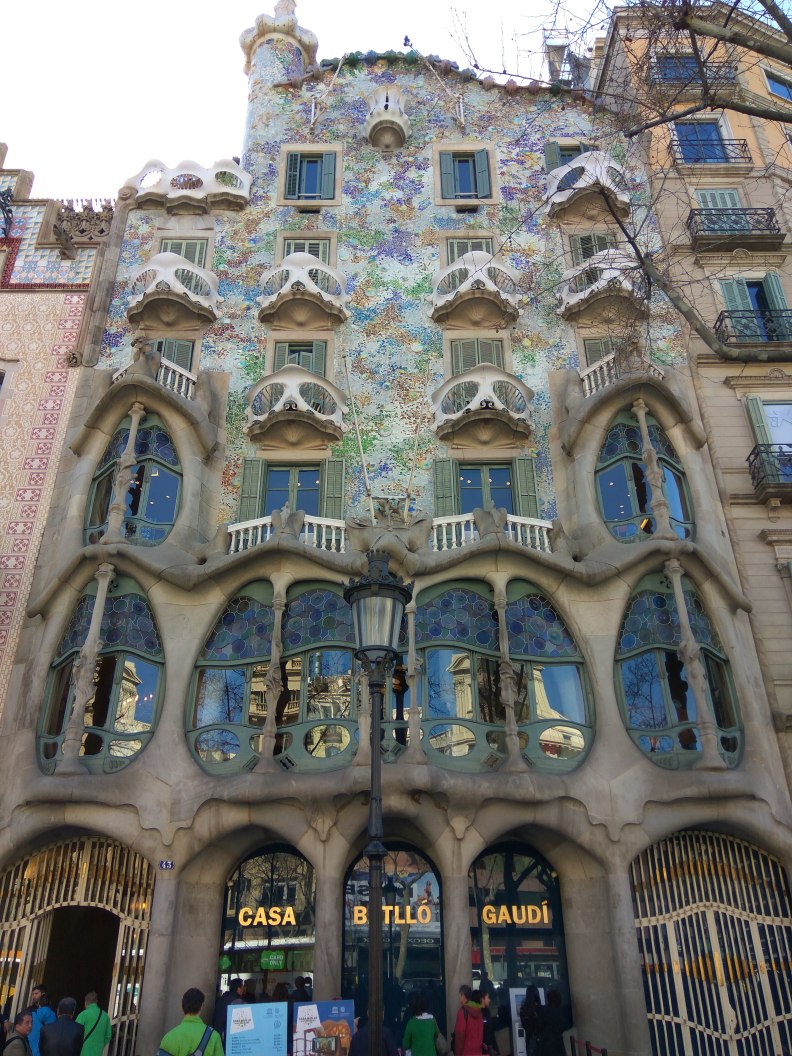 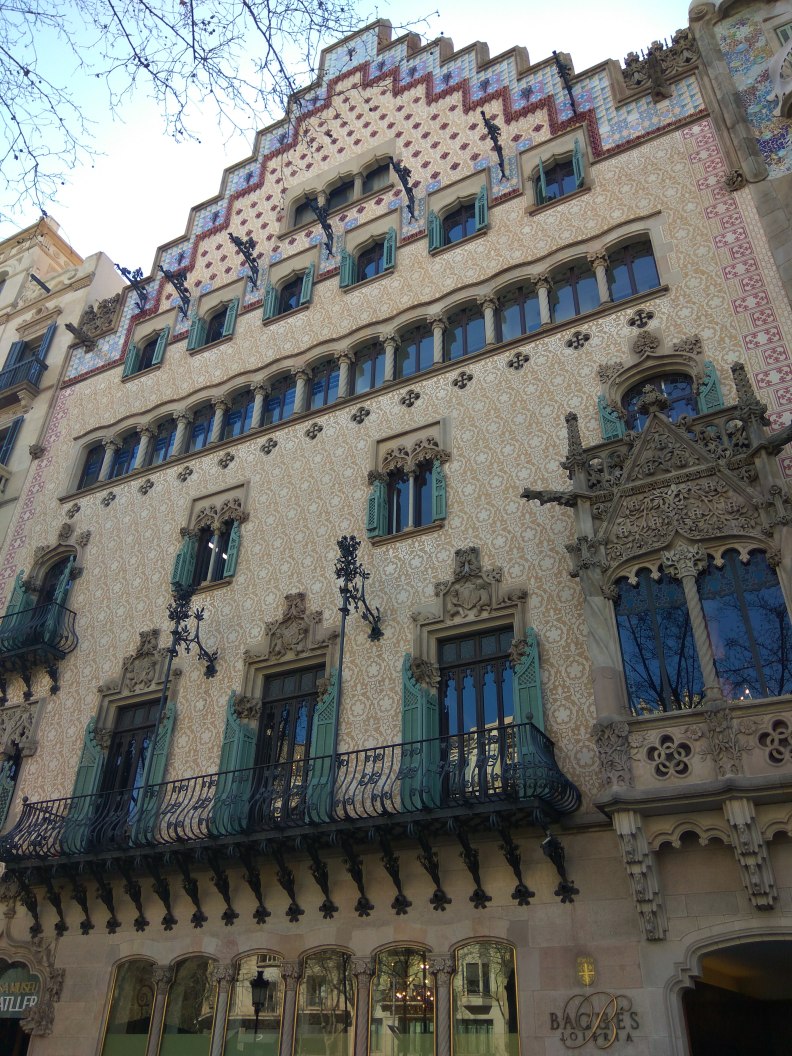 Barcelona even has an Arc de Triomf! 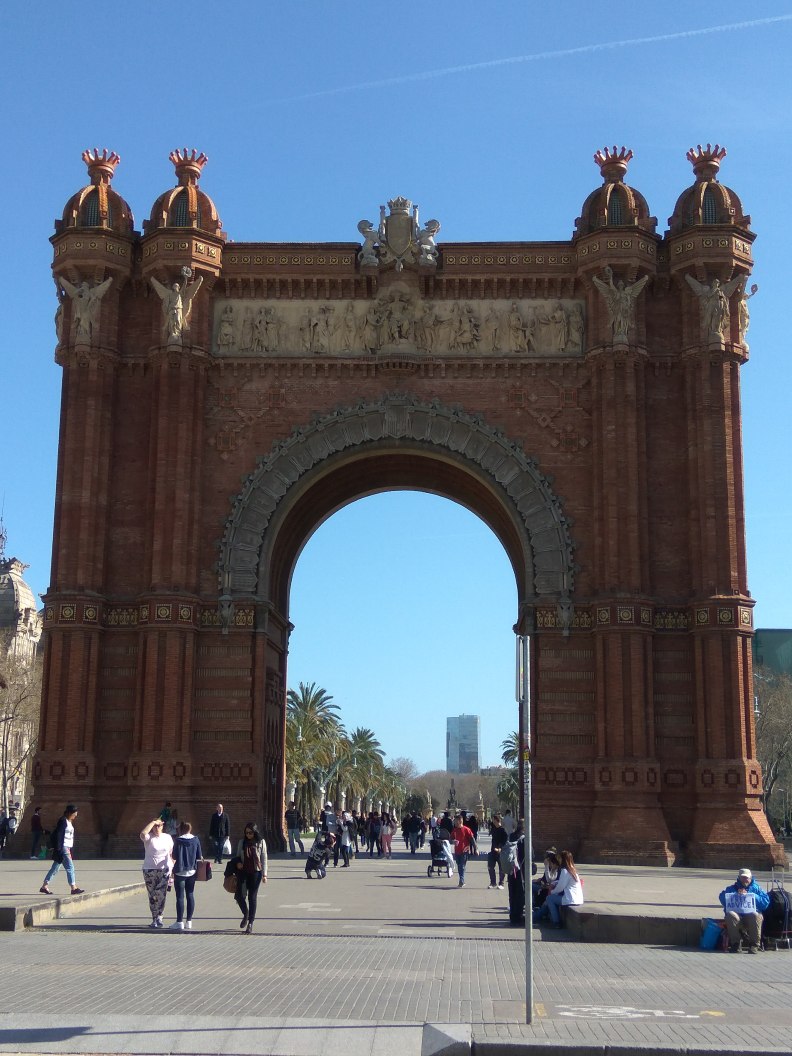 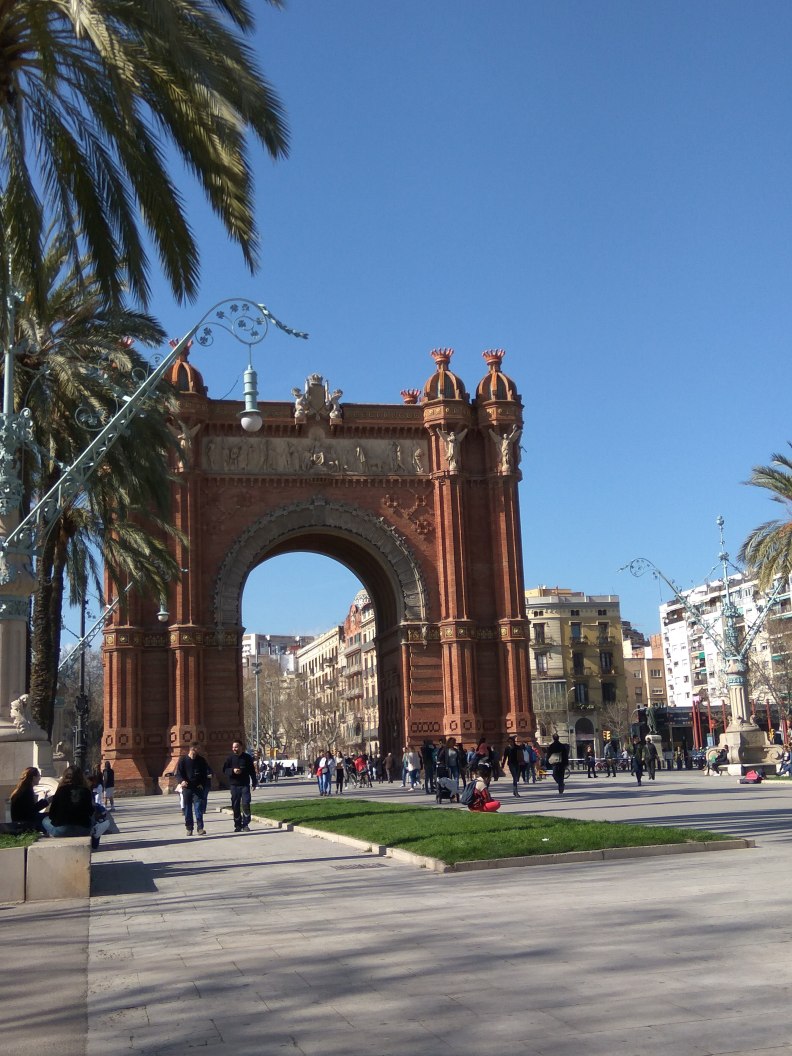 I always seemed to find my way back to that cathedral. 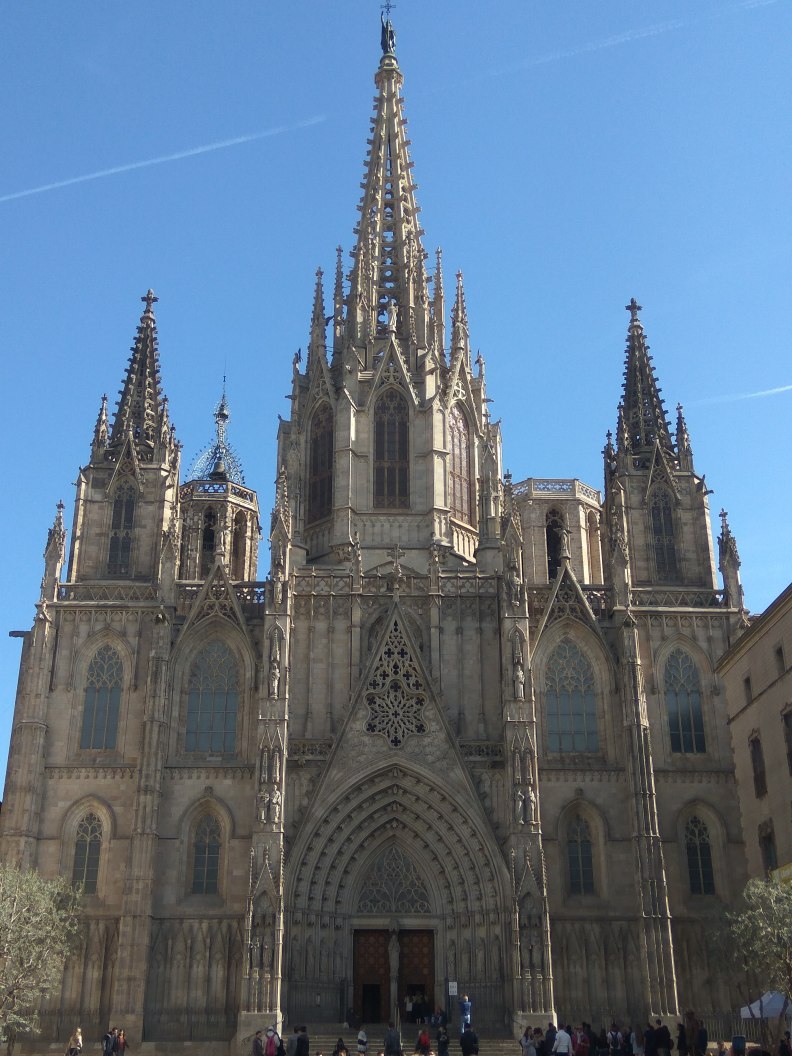 My uncle Haz and aunt Janet had visited Barcelona a few months prior and recommended a restaurant called La Flauta. They are both known for their excellent taste in food and drink, so I appropriately raised my expectations for both the restaurant and my wallet. I ended up trying cuttlefish, which I liked, and a really good Rioja. It was a good choice!

On my last full day, I had a ticket to enter La Sagrada Familia at 4:30. I spent the afternoon taking in the city, reading, making sure their sangria was ok. 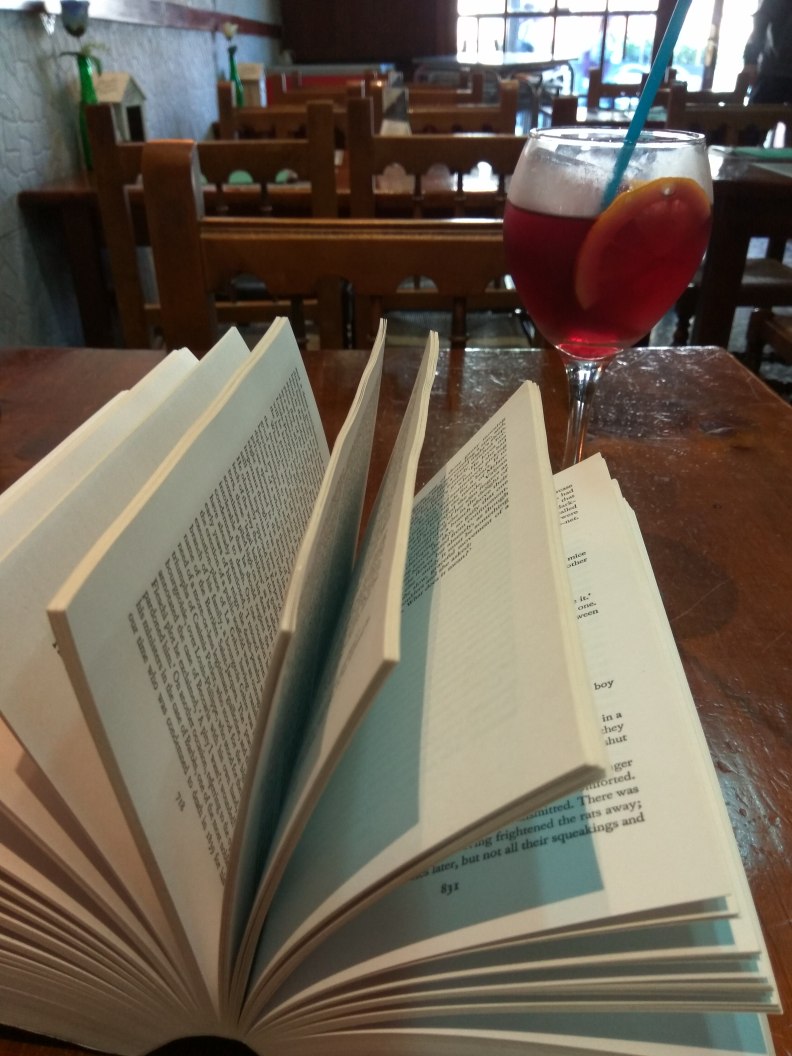 With time on my hands, I scoped out the exterior to see if it measured up to my expectations. 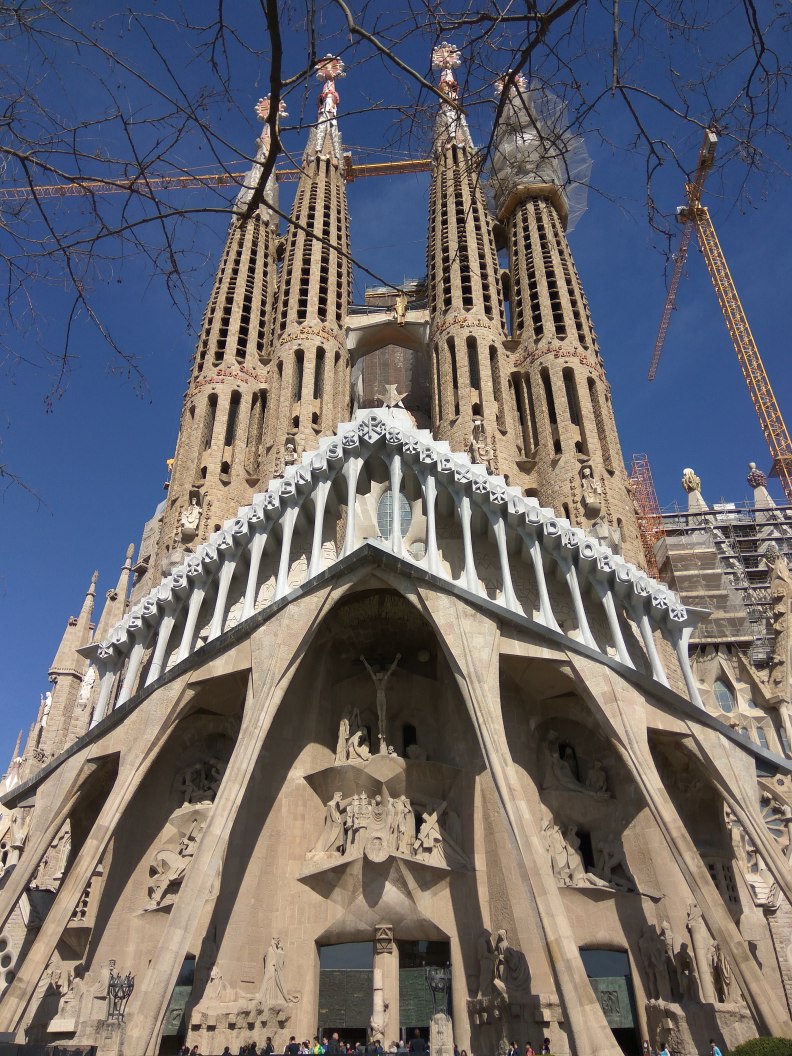 Portugal may have a better high cross, France might have a better Arc de Triomph, but La Sagrada Familia is unique. It’s still being built, but it’s evident that this is Gaudí’s masterpiece. 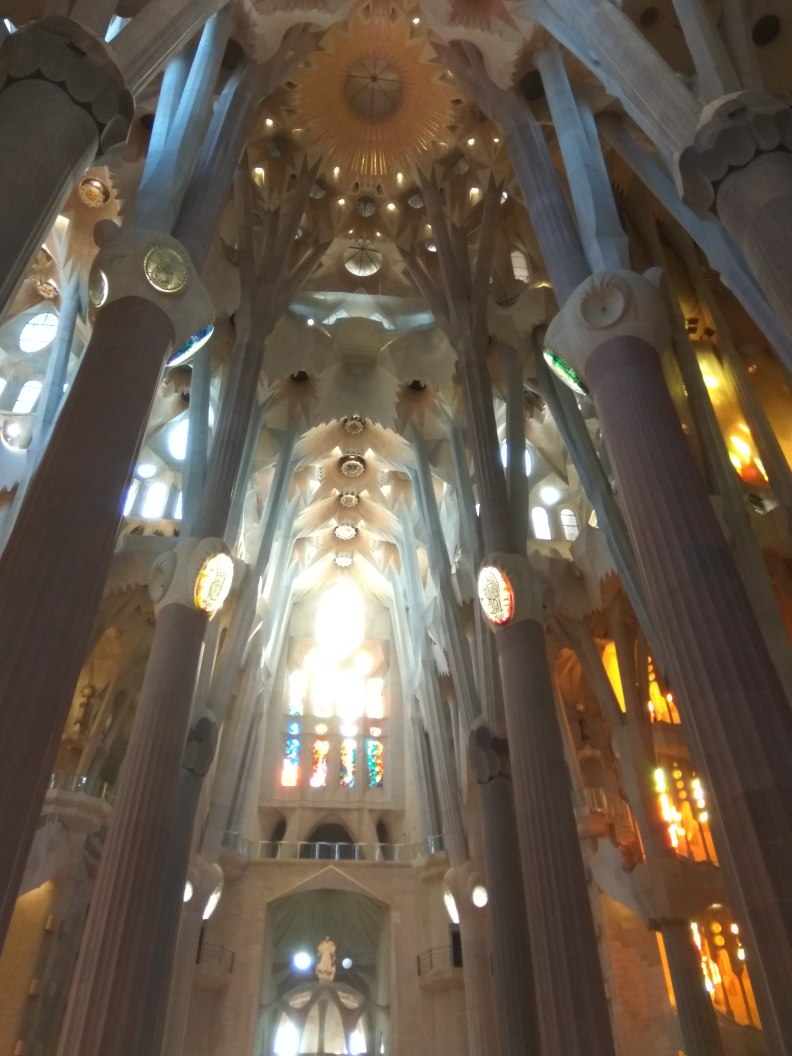 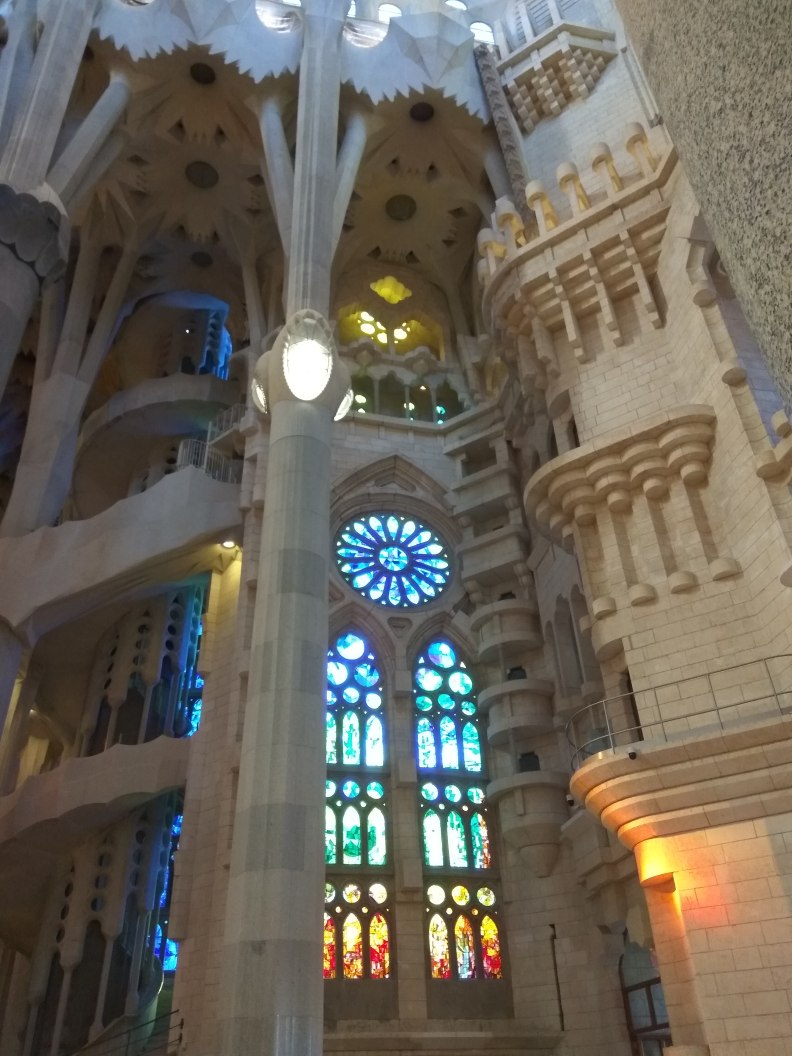 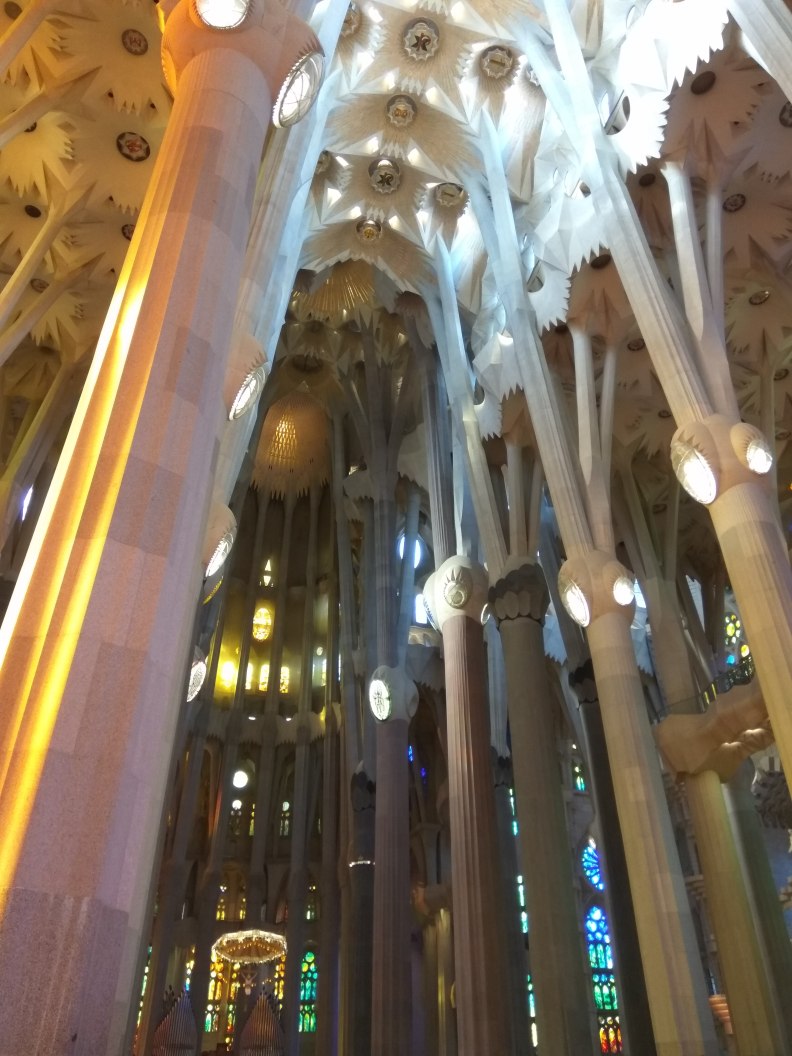 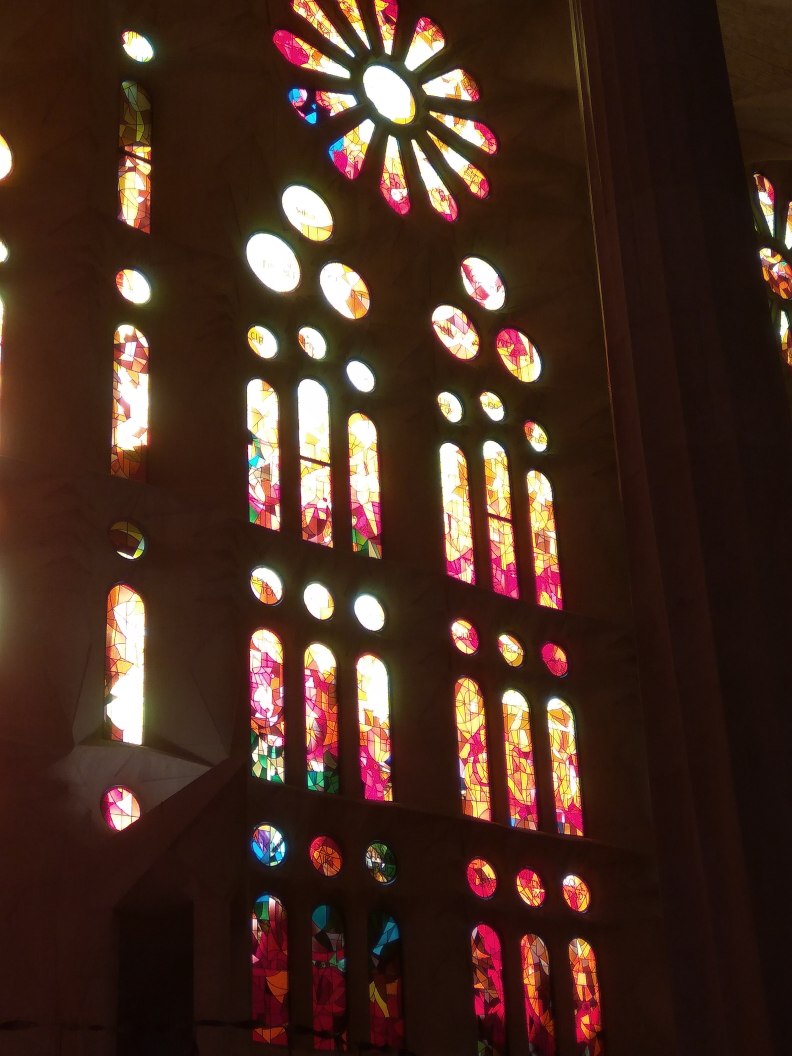 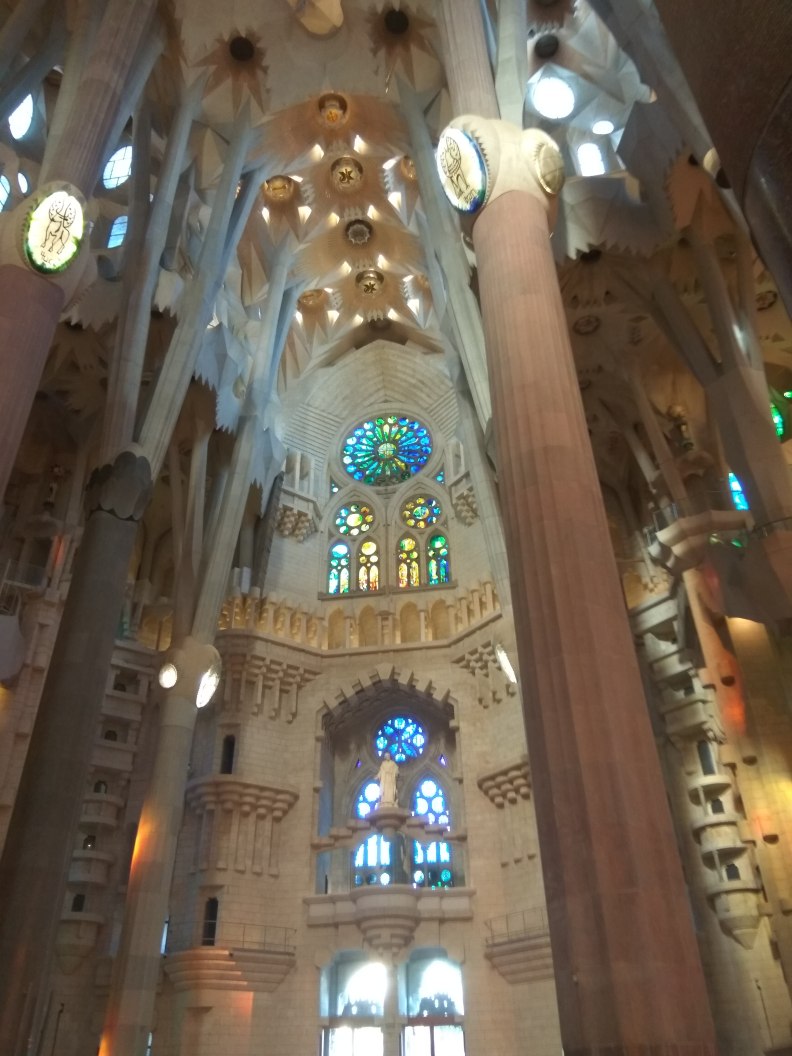 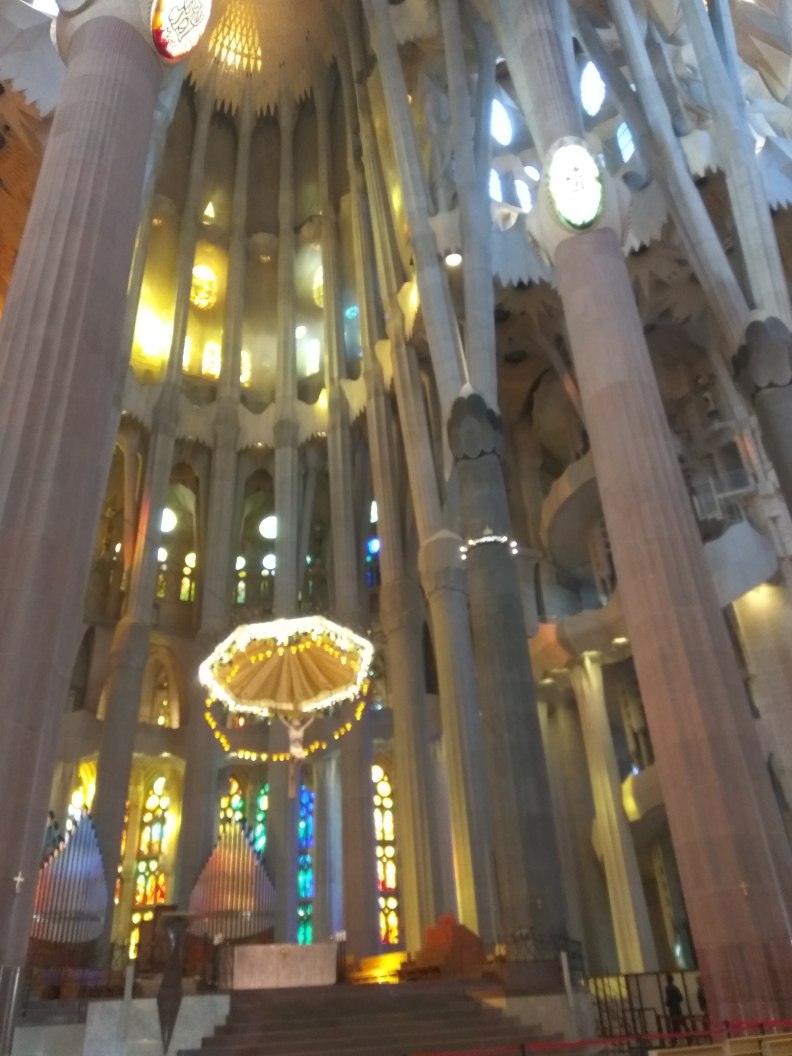 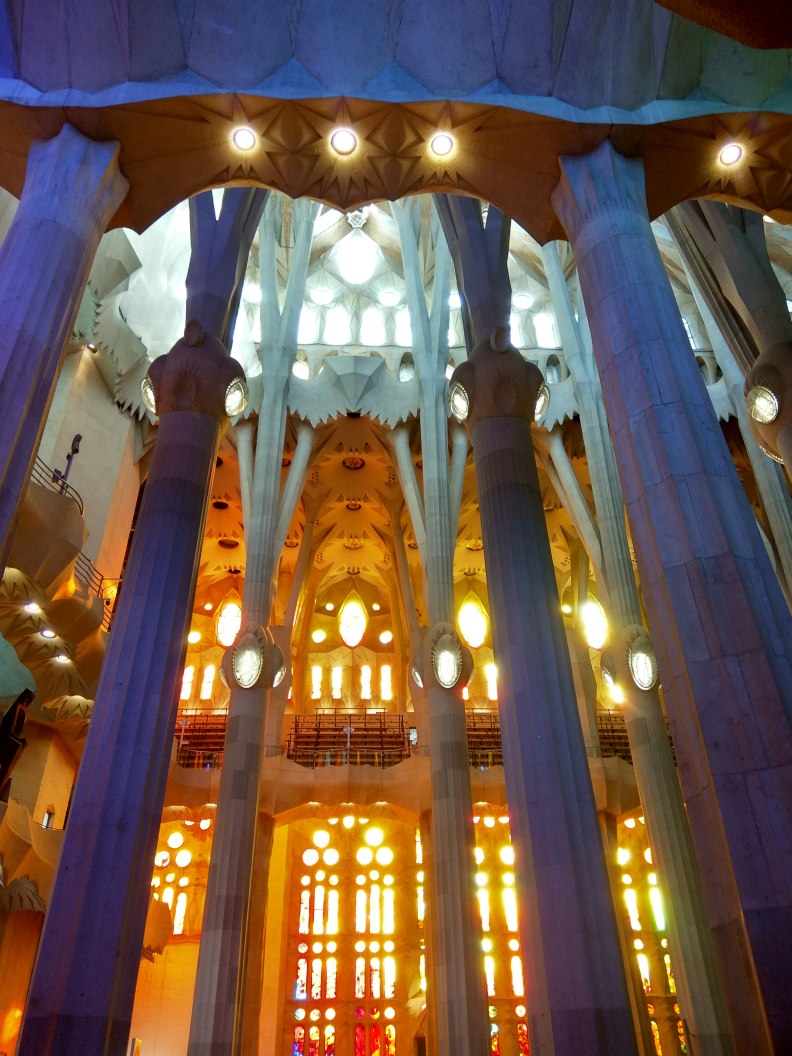 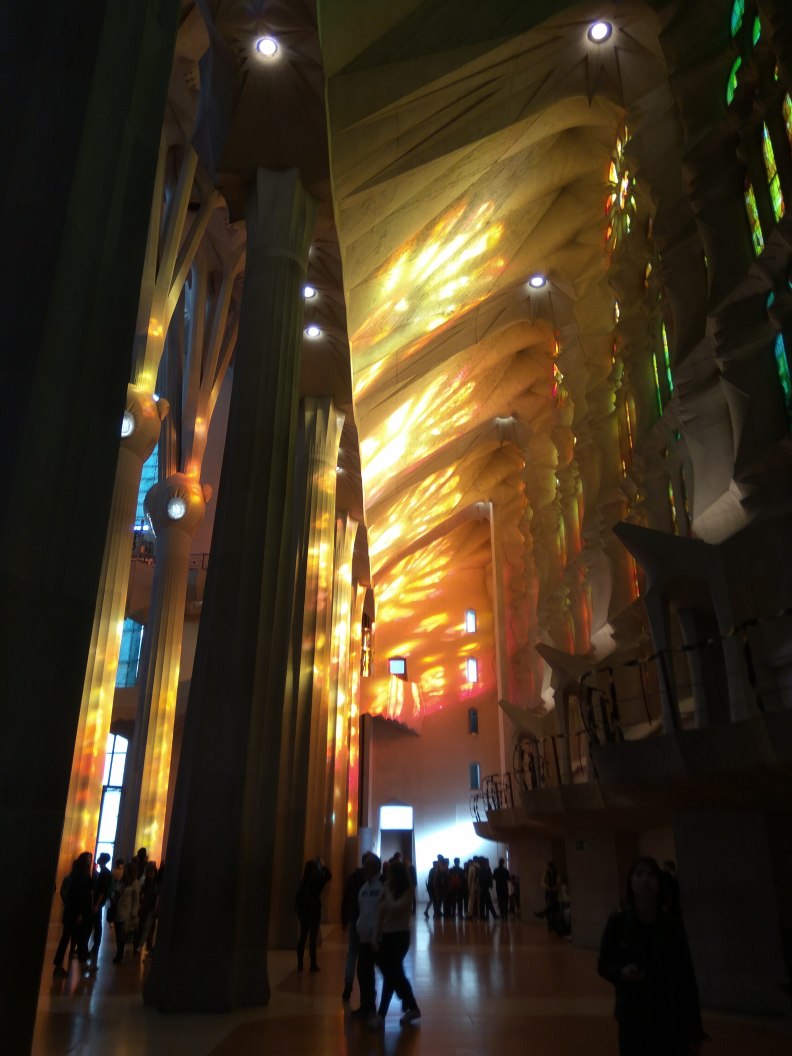 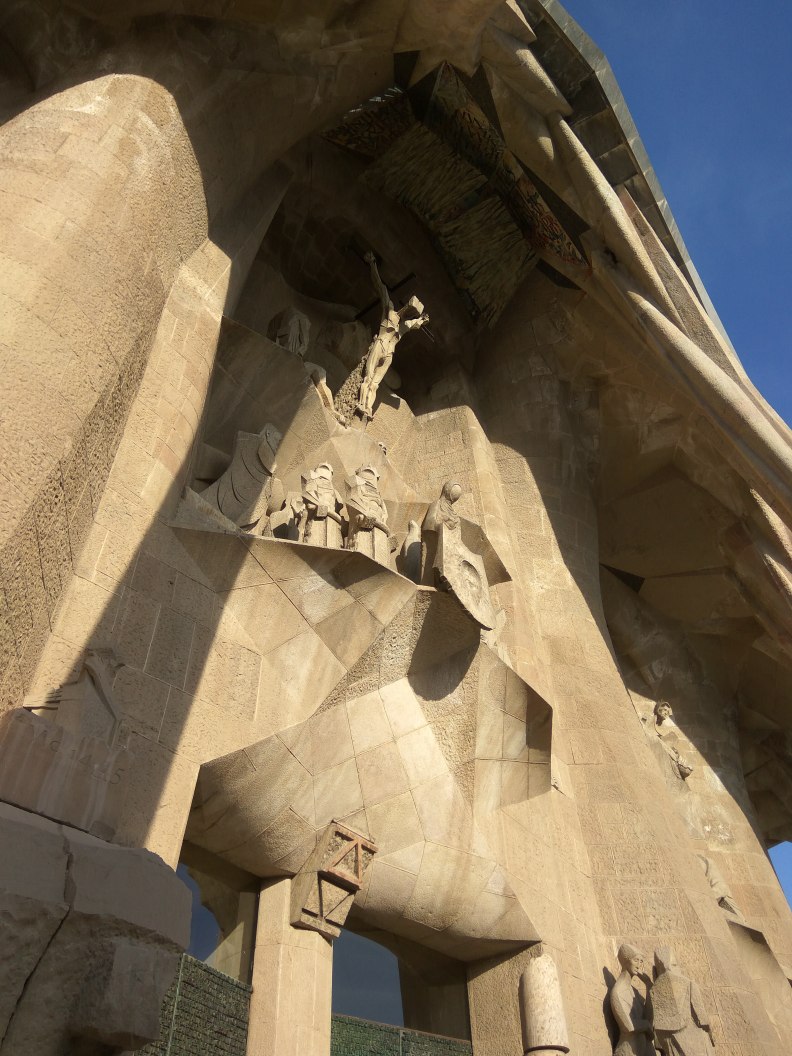 La Sagrada Familia was an excellent way to end my time in Barcelona. I loved my time in Spain and was happy to visit four of its cities, and now it’s time to make my way to Italy!