I know you might be wondering “What’s an Andorra?” Don’t worry, the answers are here.

Andorra is the 6th smallest country in Europe,  located in the Pyrenees mountain range between France and Spain, and is known for its tax free shopping and ski resorts. Fun fact, in terms of land area, Canada is 19,446 times larger. It is the first landlocked country of the trip! At an altitude of 3,356 feet, Andorra La Vella is the highest capital city in Europe. (The highest in the world is Quito, Ecuador.)

After Ireland, it is the second country of my trip so far that I didn’t originally plan to visit.

The bus to Andorra from Barcelona took about 4 hours one way and cost €40 but I think it was worth it. The drive alone is amazing, Northern Spain is beautiful. 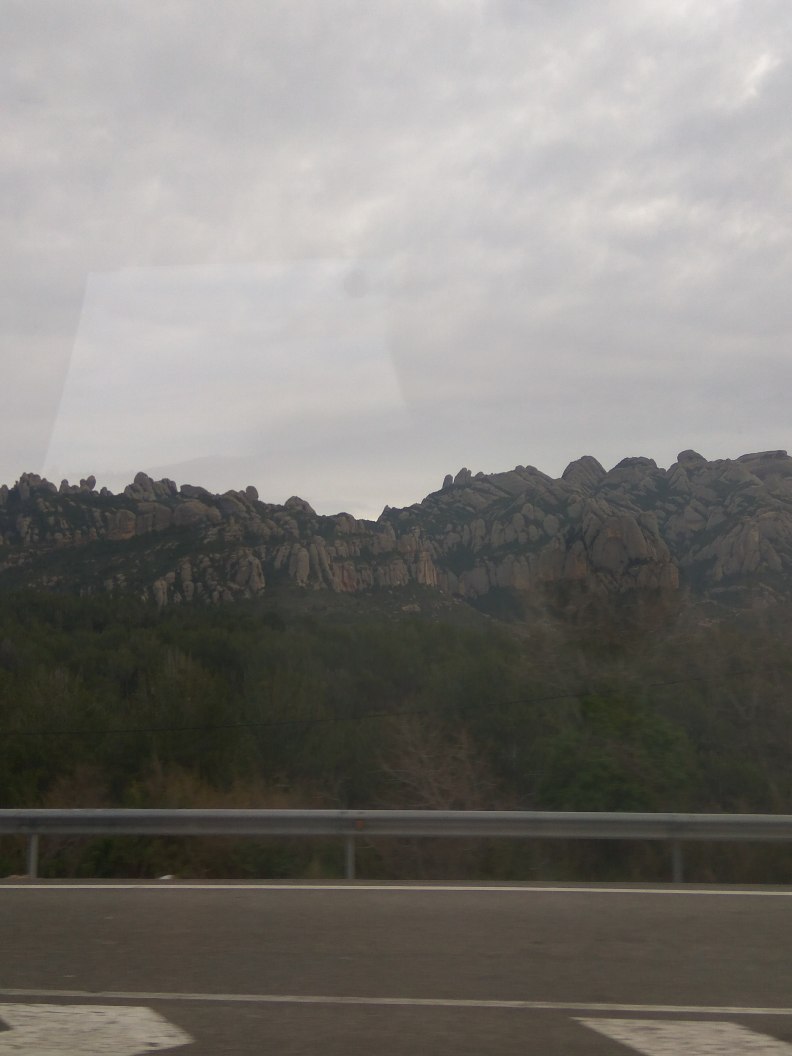 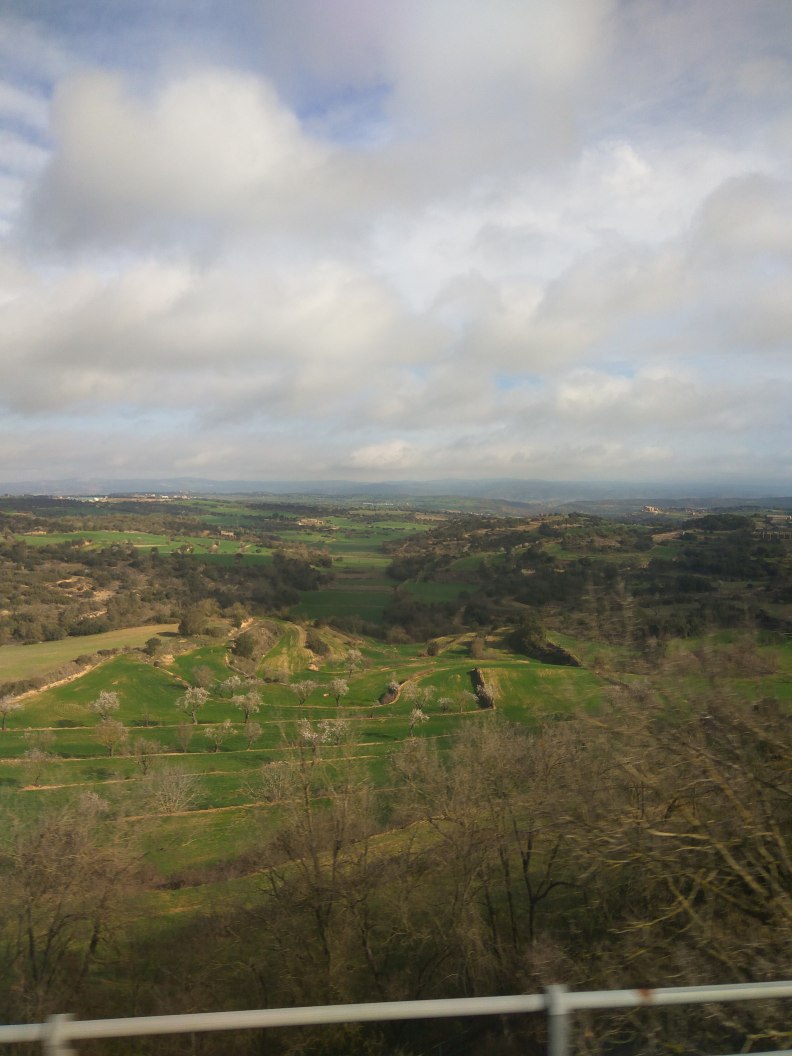 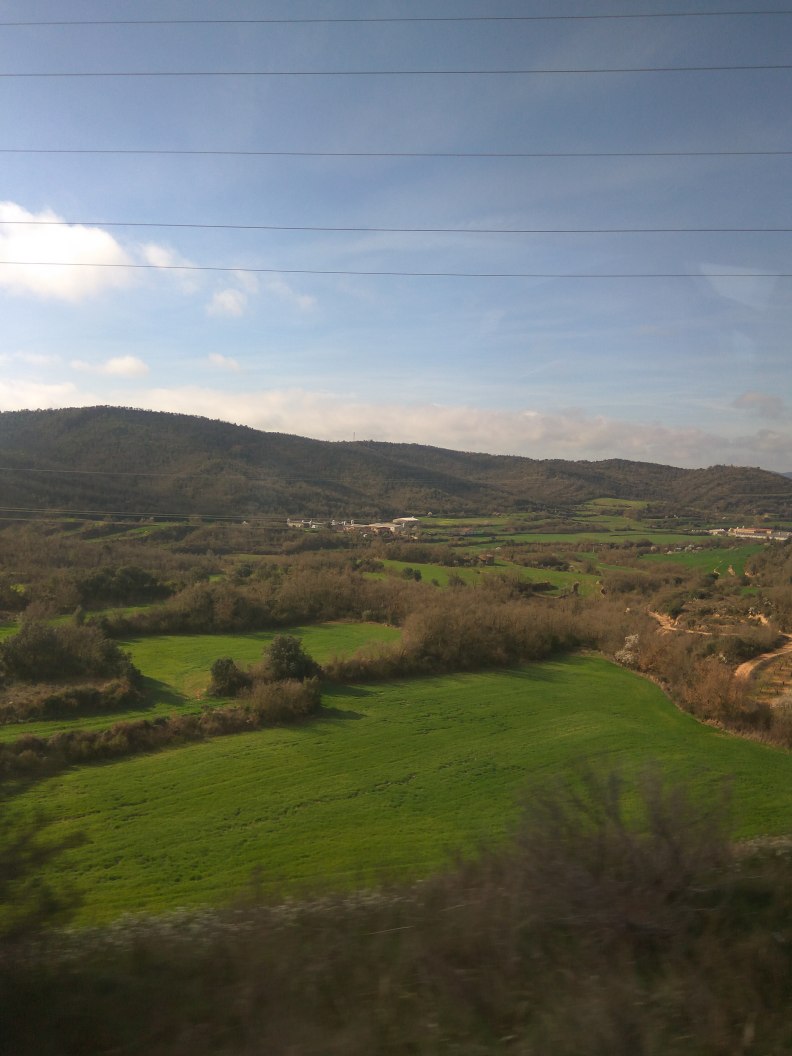 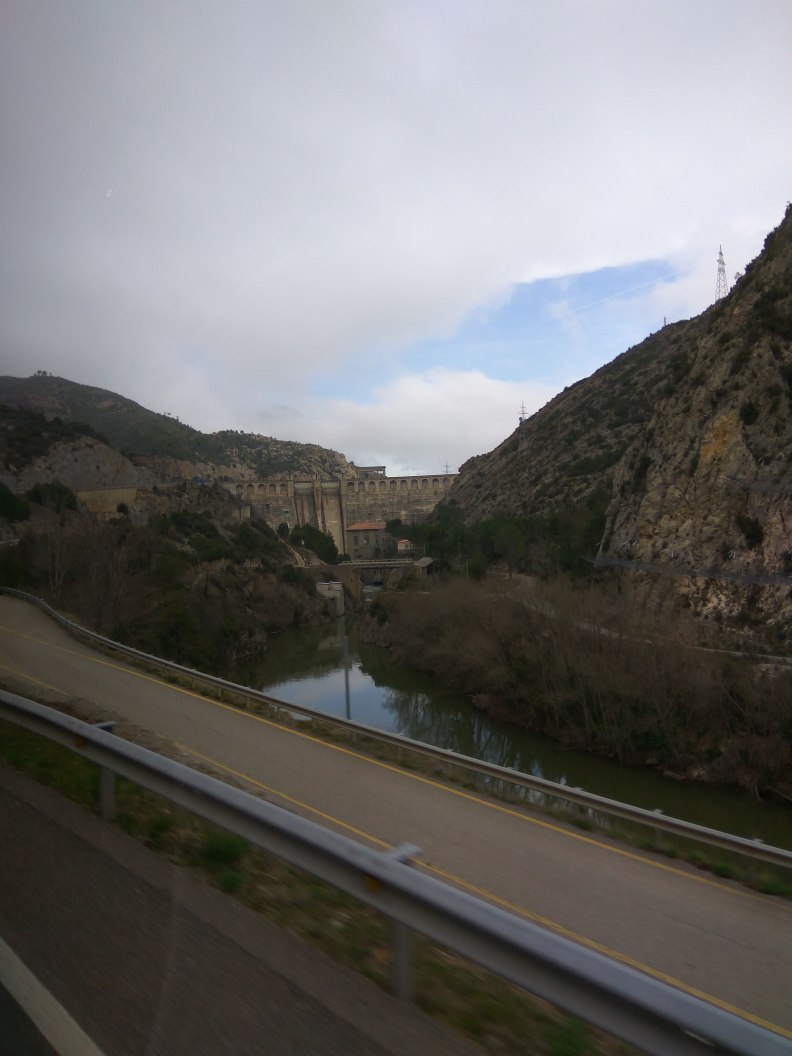 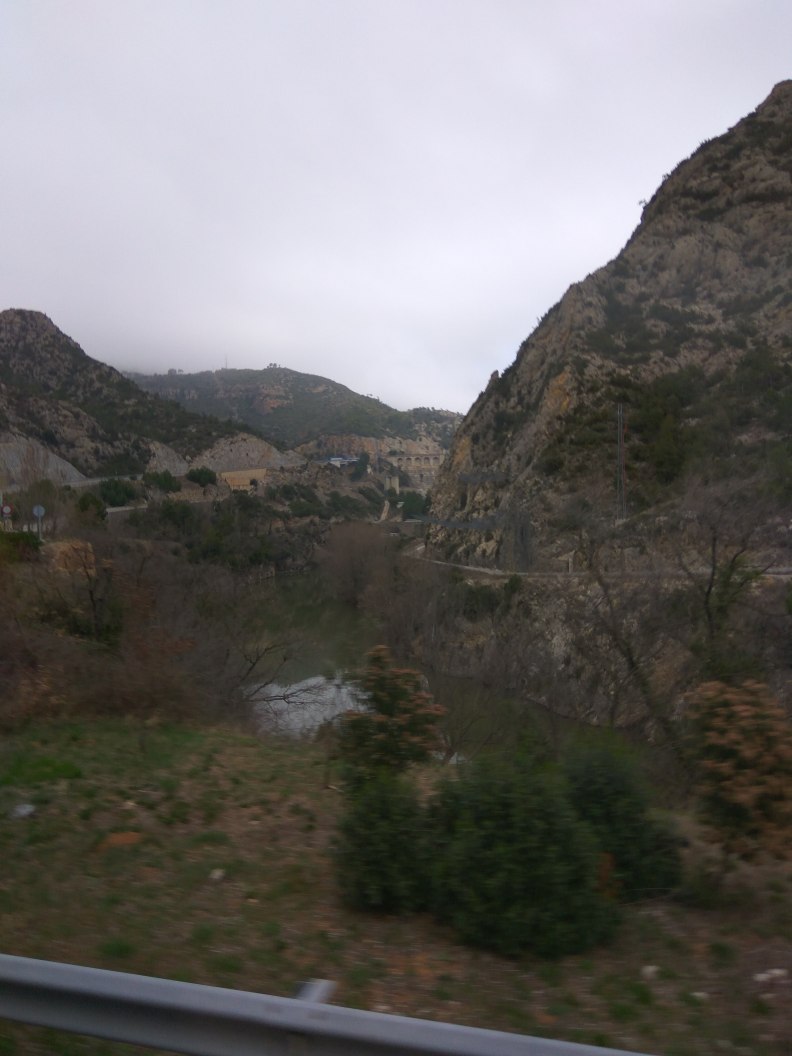 The green countryside of Catalonia was stunning, and was followed by the beginnings of the Pyrenees mountains. 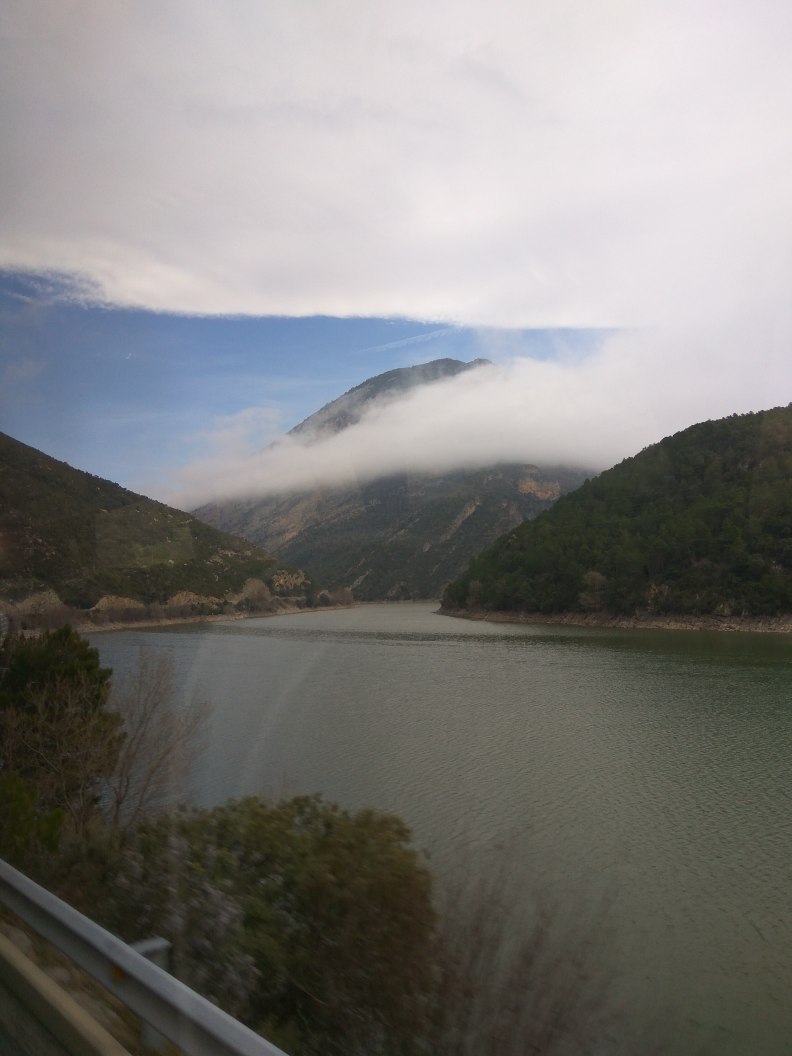 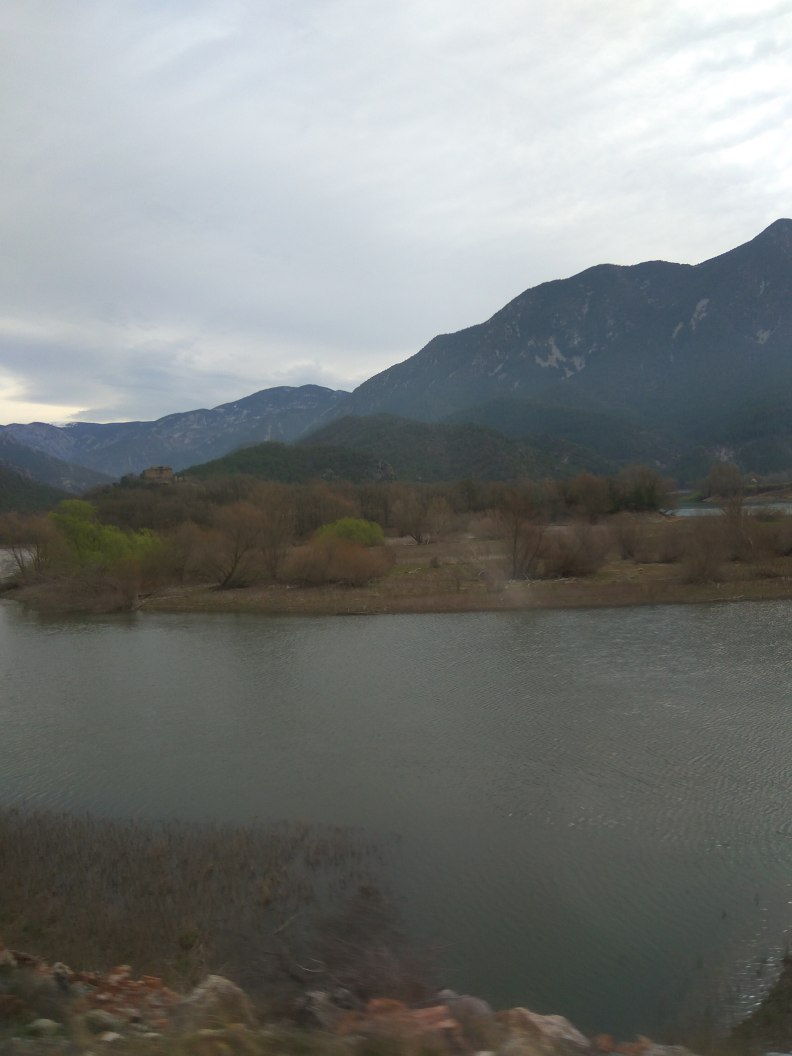 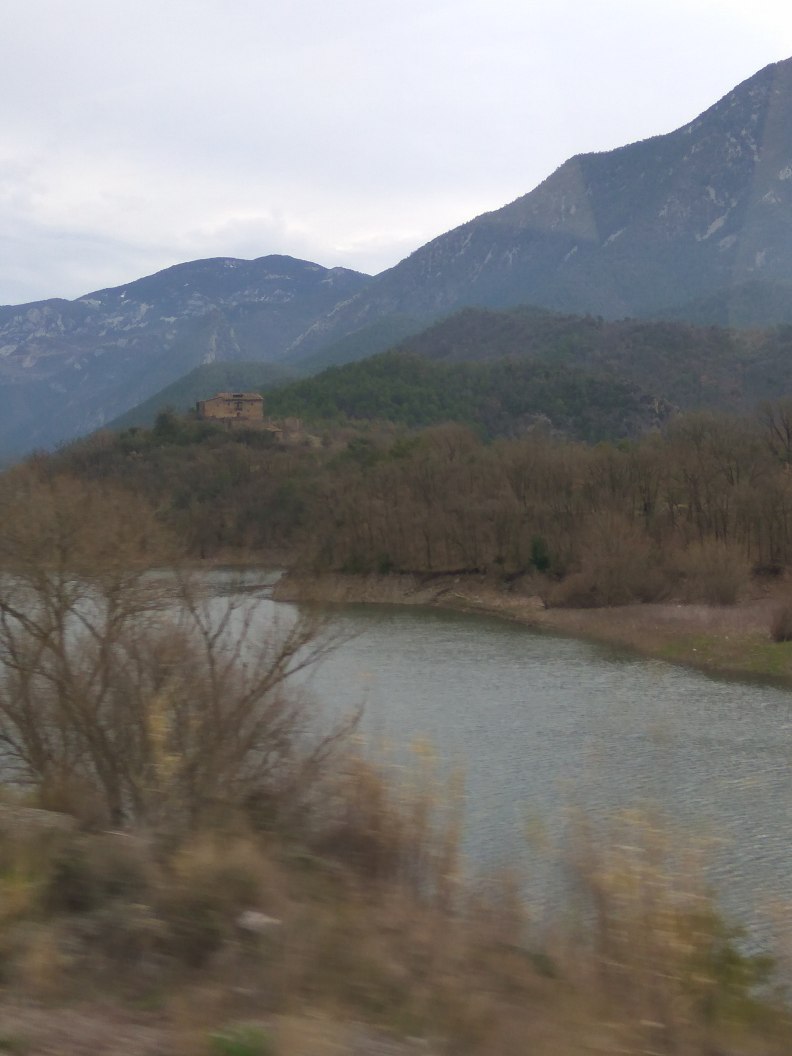 We ended up following this river all the way into Andorra. 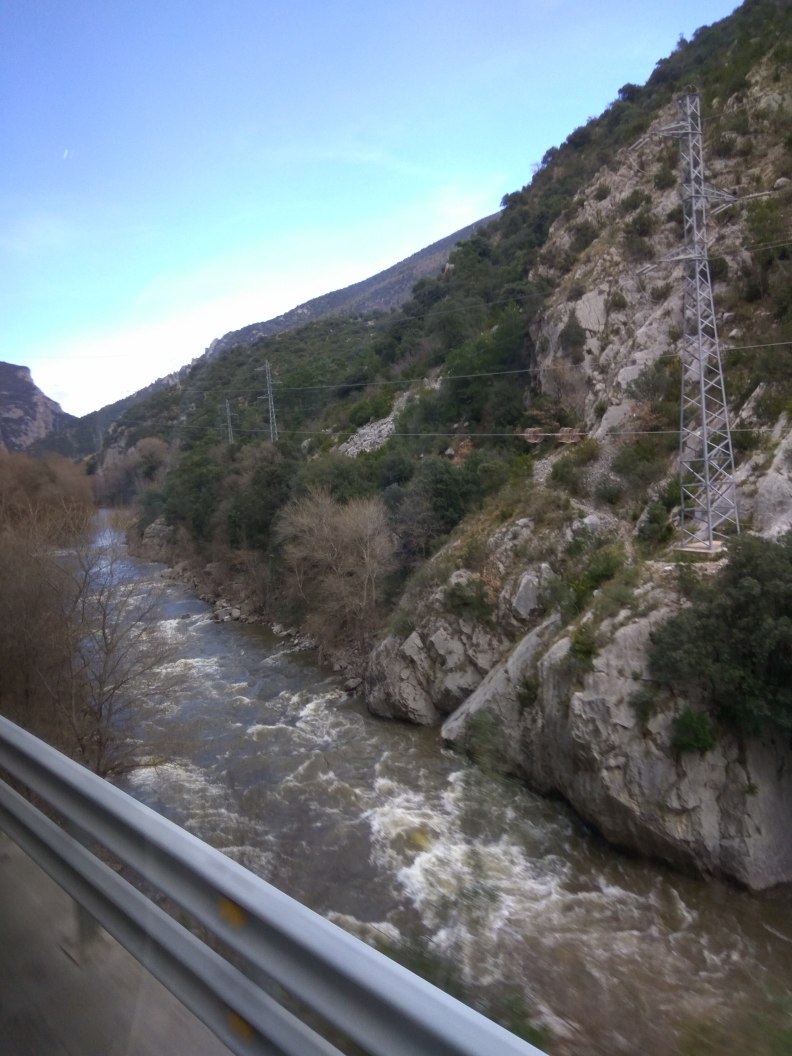 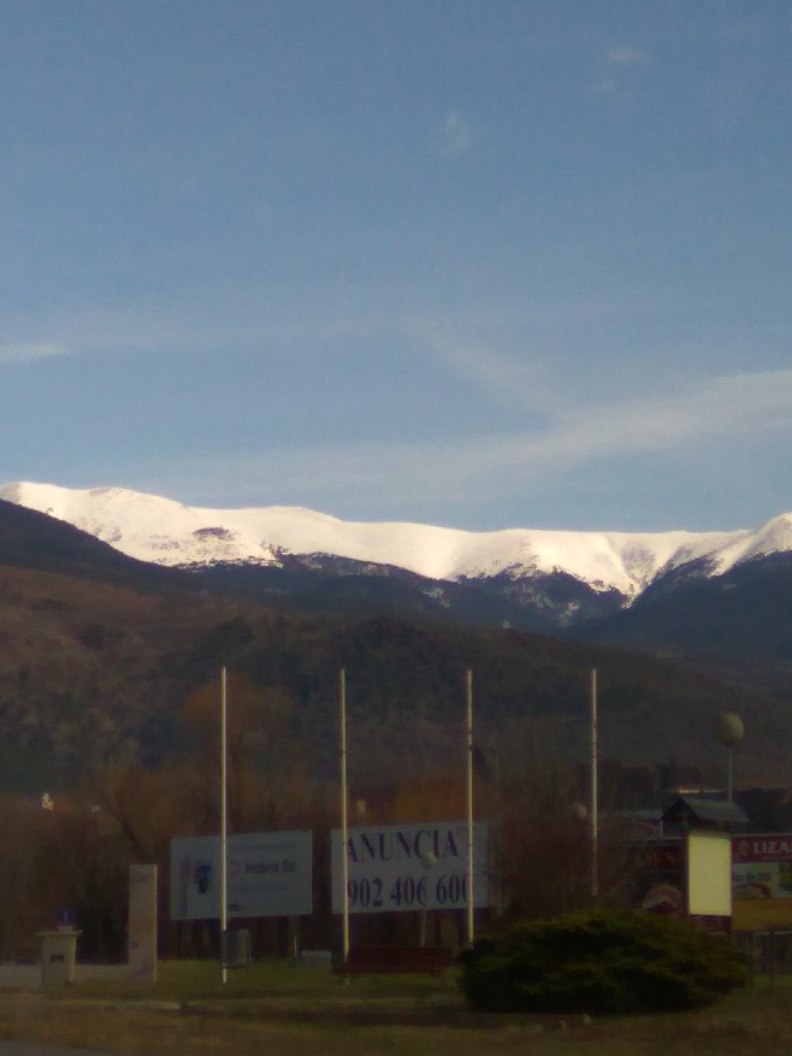 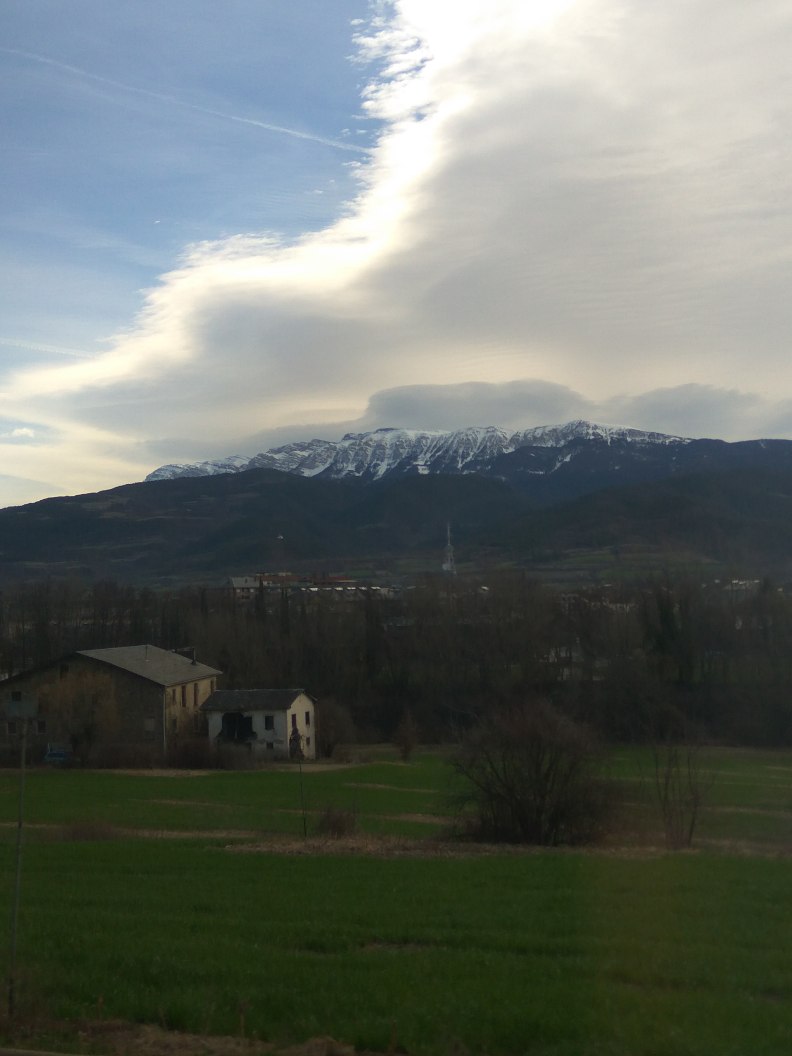 And we reached the Andorran border.

I got off the bus in the middle of a city wedged between mountains with the Gran Valira river running through the middle – Andorra La Vella. 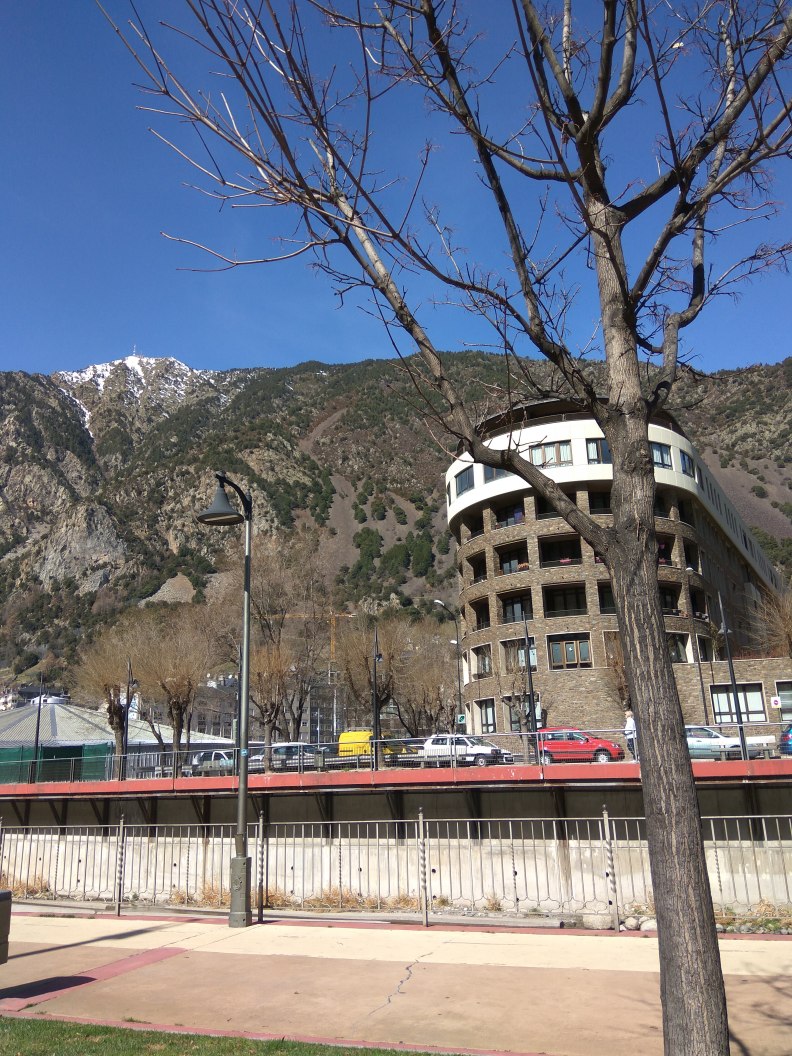 I started my inevitable uphill walk to the centre of town where a 12th century church, the Església de Sant Esteve, is located. 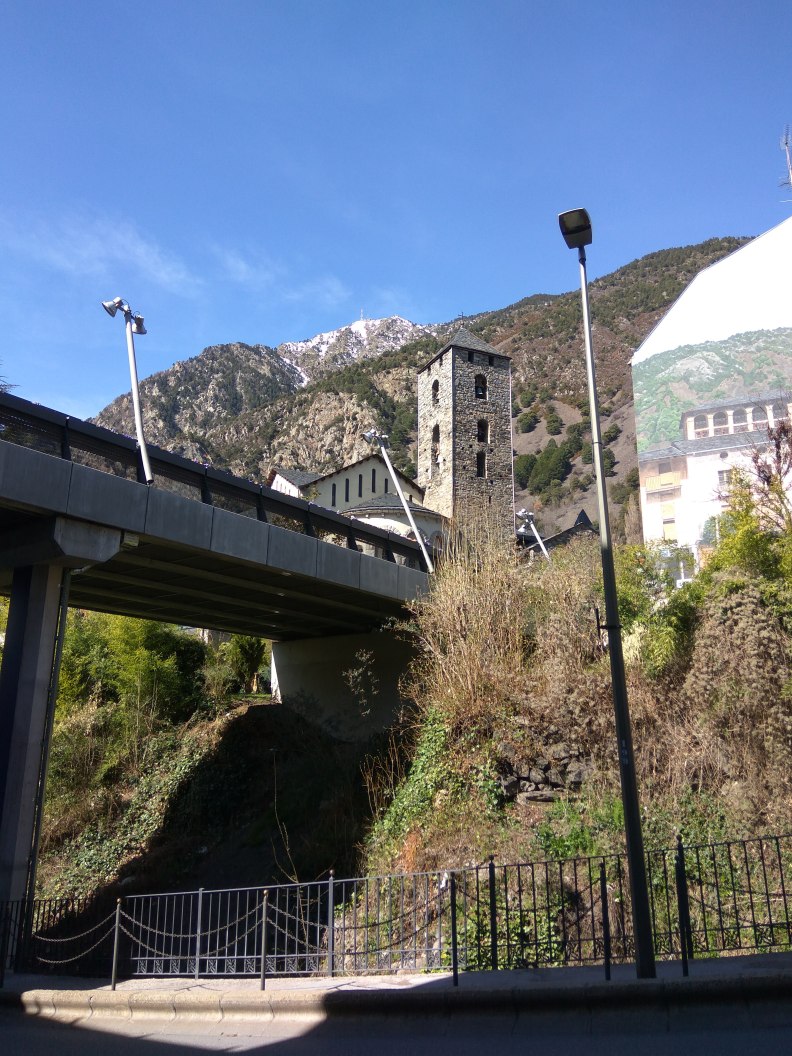 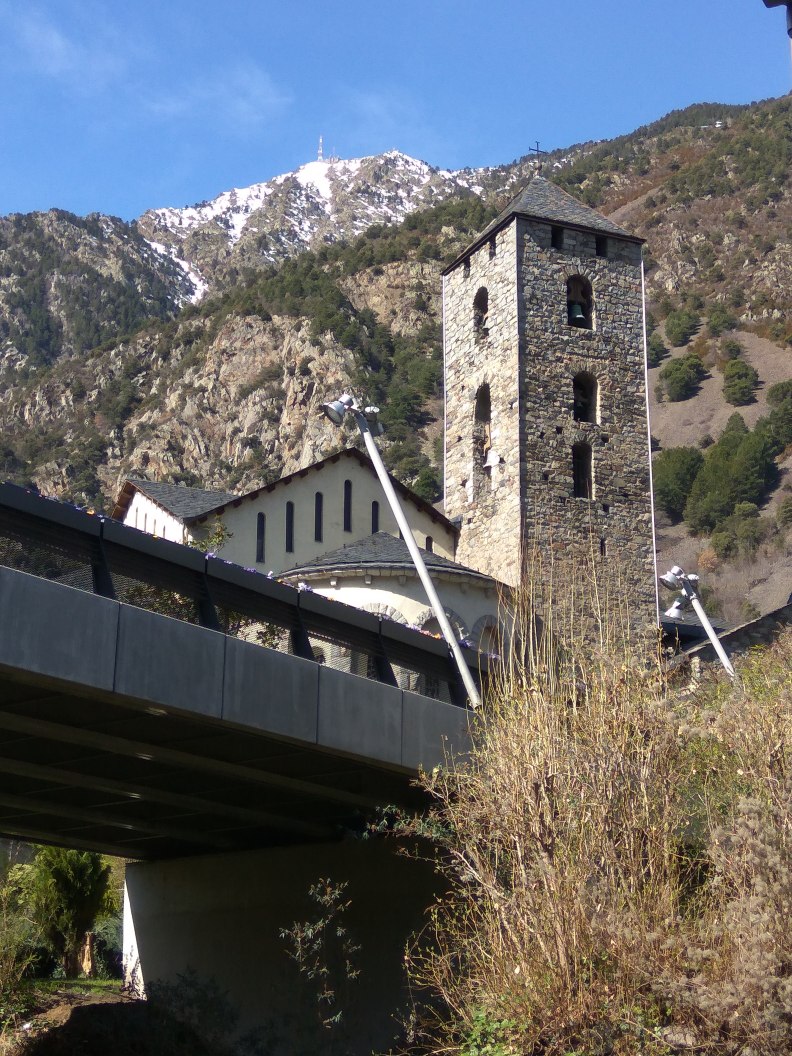 It was a small church, but a nice one. 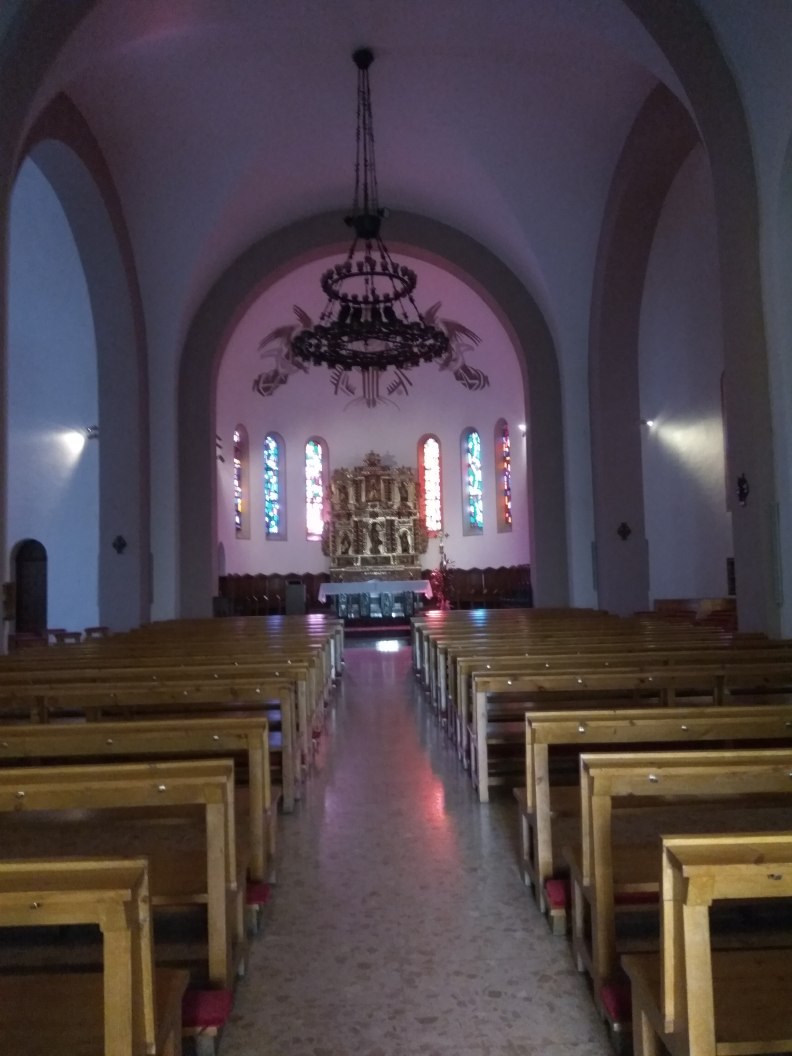 I liked that this time the pink colour wasn’t produced by neon. 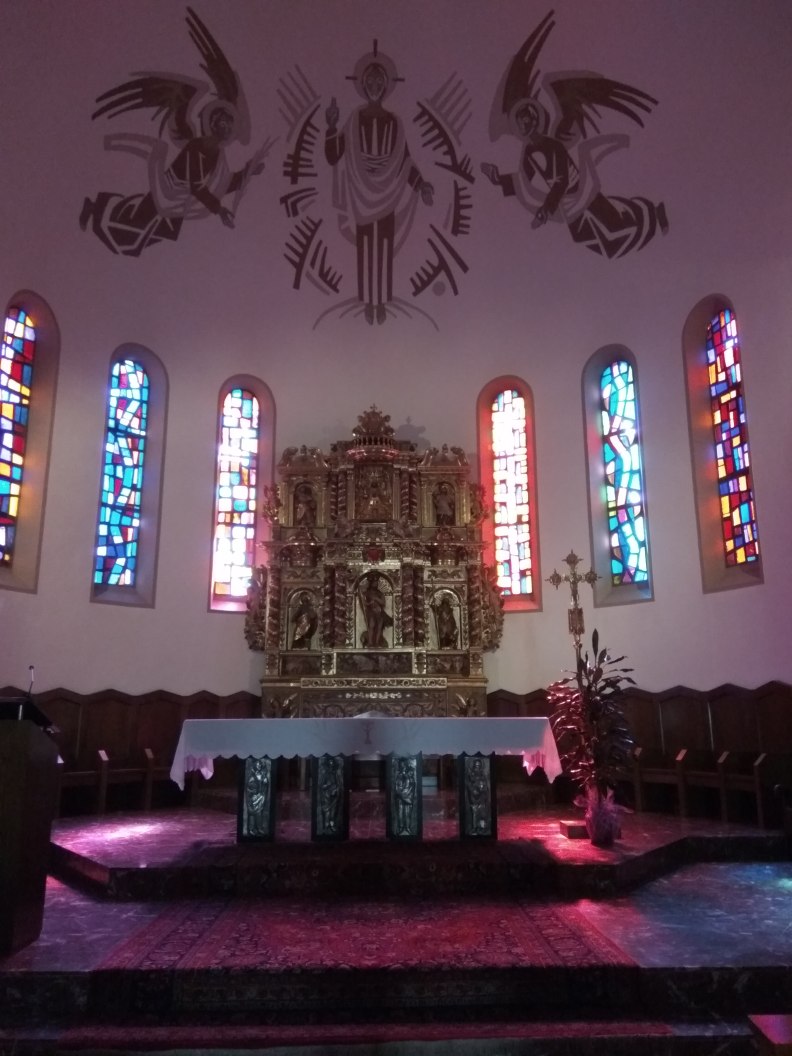 With limited time there was one other site I wanted to visit. It was only a 40 minute walk, but I only had two hours before my bus so, not wanting to become stranded in Andorra, I had my fast walk on.

The abundance of motorcycles and cars had the unfortunate effect of the constant smell of exhaust everywhere in the city. 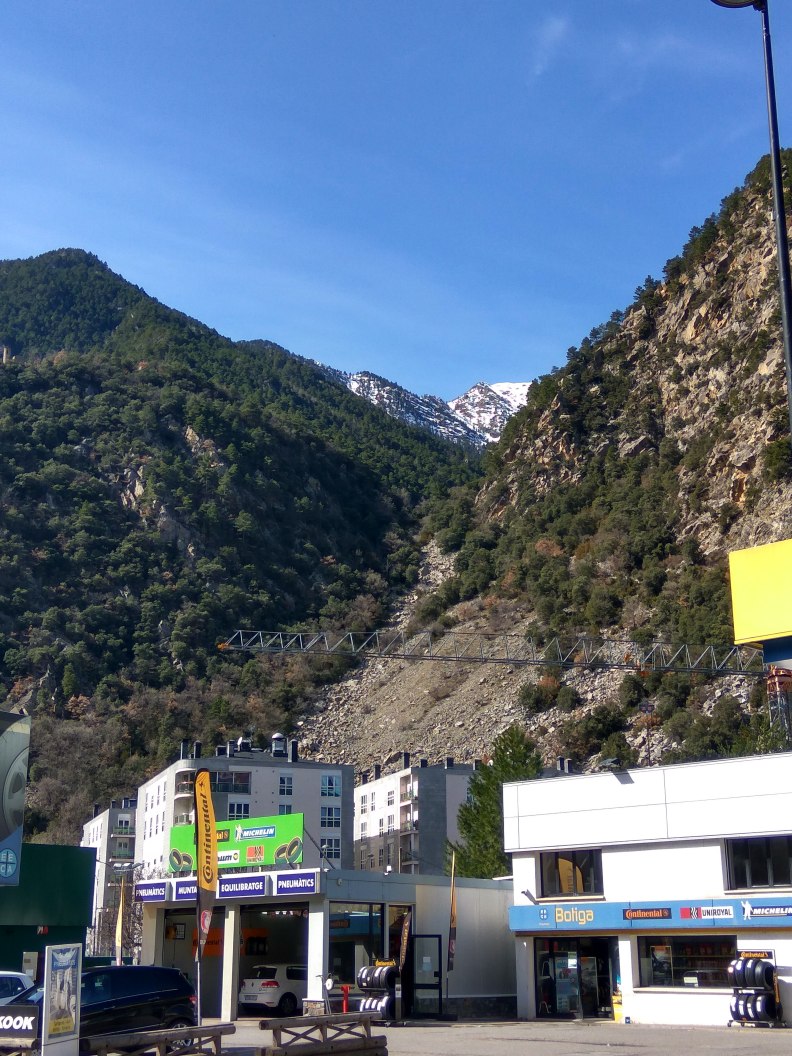 At last I arrived at my goal, the Església de Santa Coloma d’Andorra. 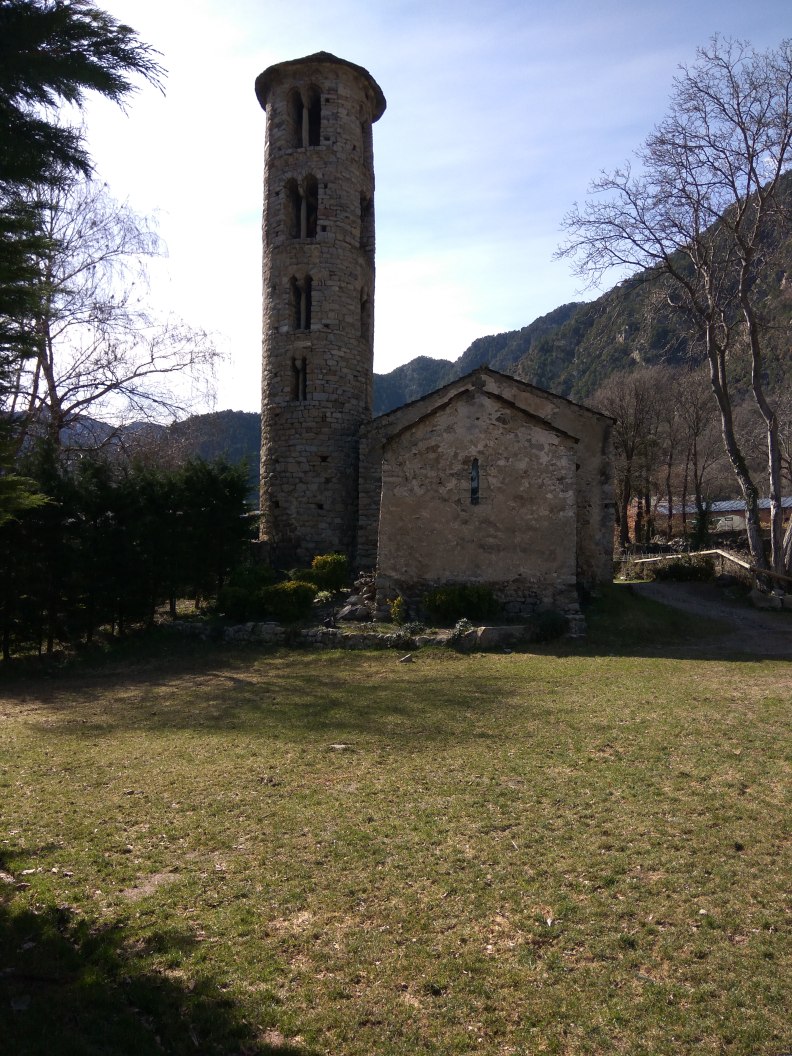 It was constructed in the 8th or 9th century, and I was impressed to see something that old still standing amongst the modern buildings of Andorra La Vella. 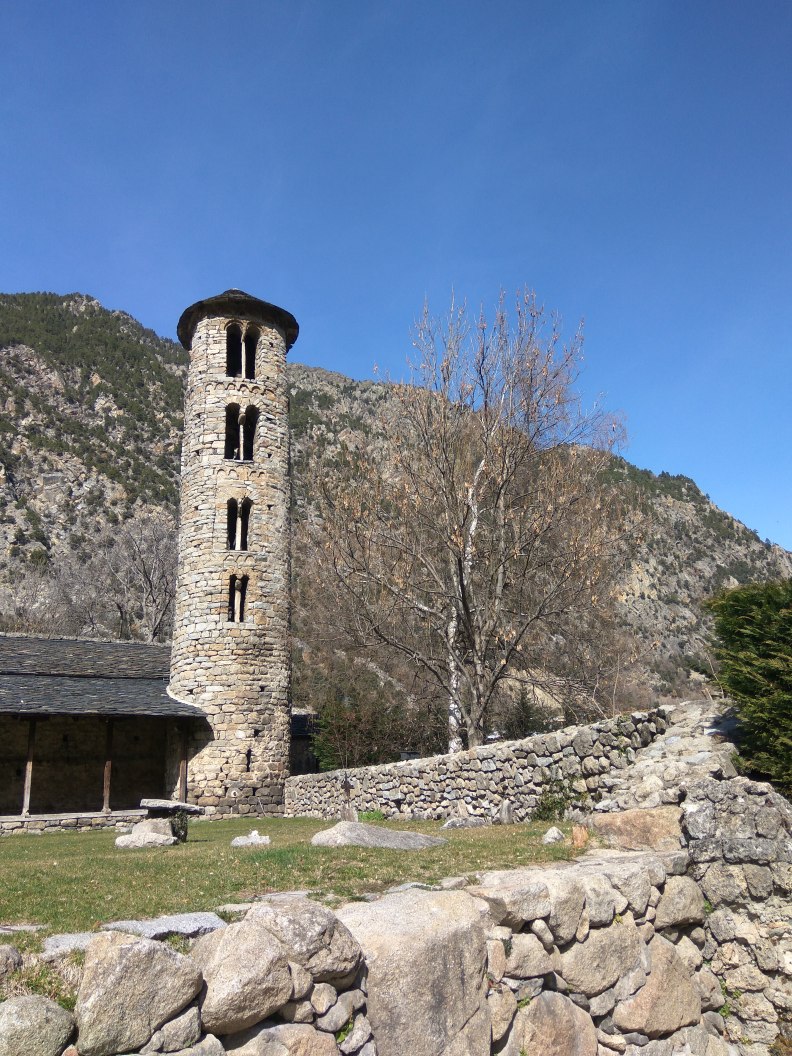 The walk back gave a good view of the valley. With my time in Andorra coming to an end, I made my way back to the bus stop and chose some music for the 4 hour ride back to Barcelona.

I didn’t mind it at all. 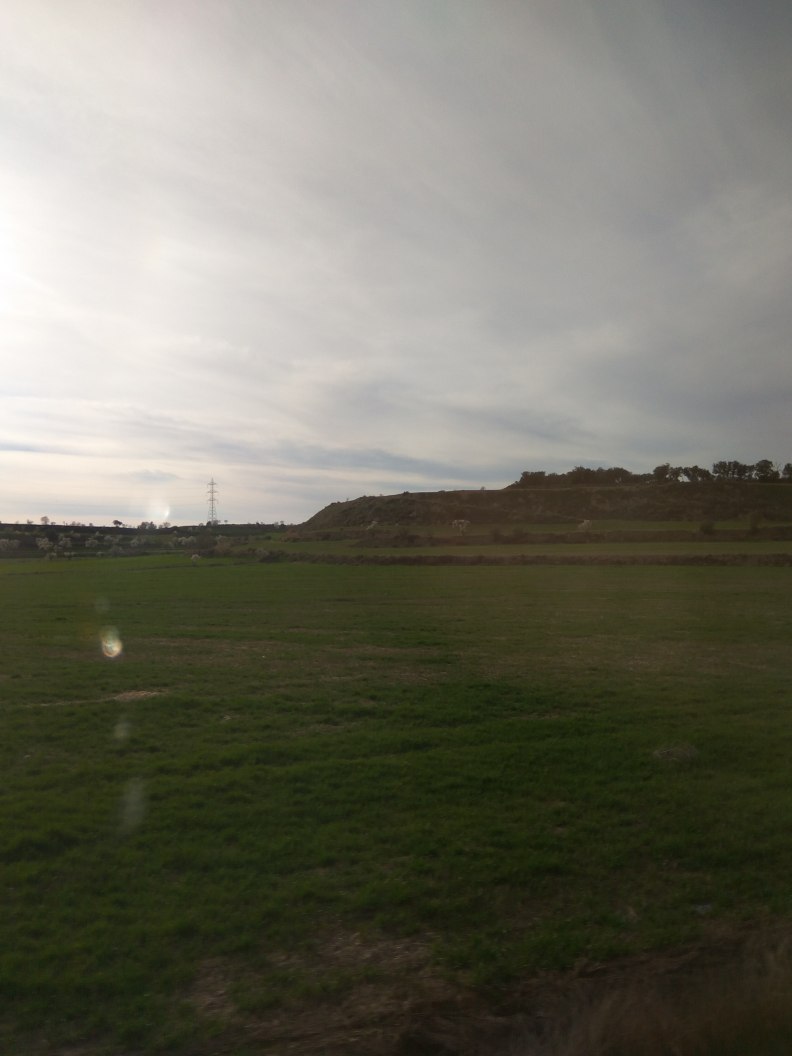