In order to reach Siena by train from Barcelona, I spent a night in both Marseille and Genova. I wasn’t able to see anything in Genova since i arrived at night and my morning train was at 6:30, but I did manage to explore Marseille briefly before my afternoon train.

I was very excited to see Marseille because it is the setting for my favourite book, The Count of Monte Cristo by Alexandre Dumas.

I arrived late at night at the train station, which overlooked Marseille.

The next morning I had about two hours to explore, but only one destination in mind, so I was waking fast. The city is built around a large harbour. 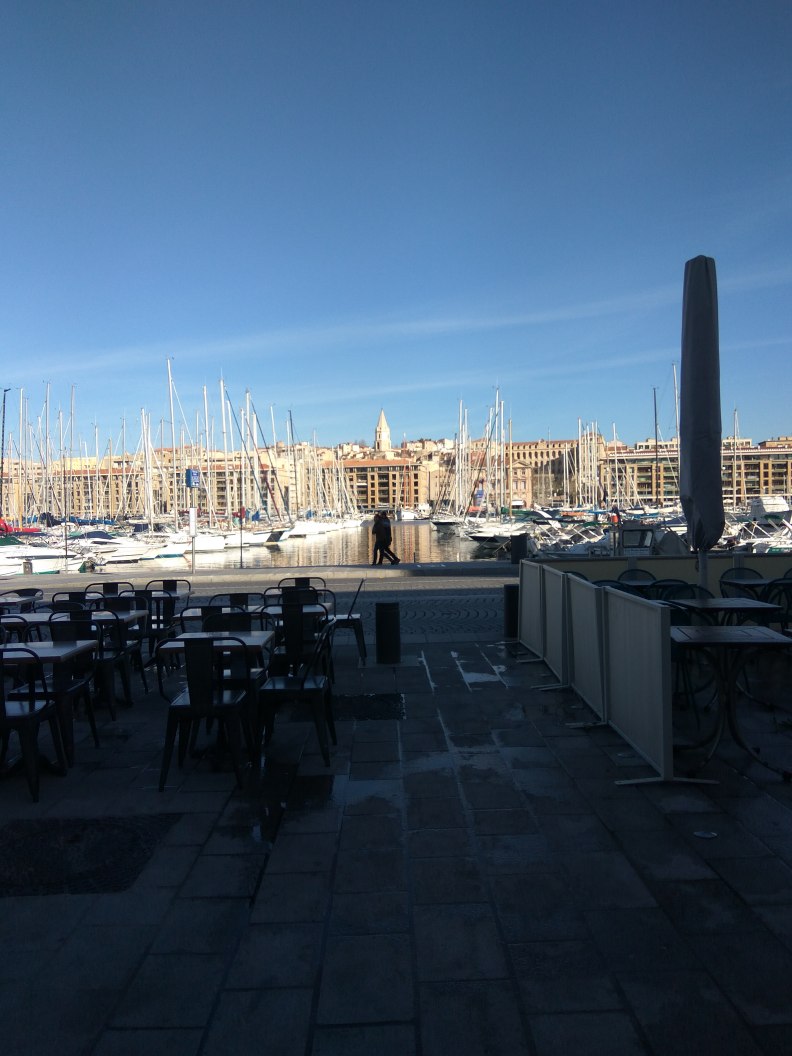 My walk included passing by the imposing Fort Saint-Nicolas. 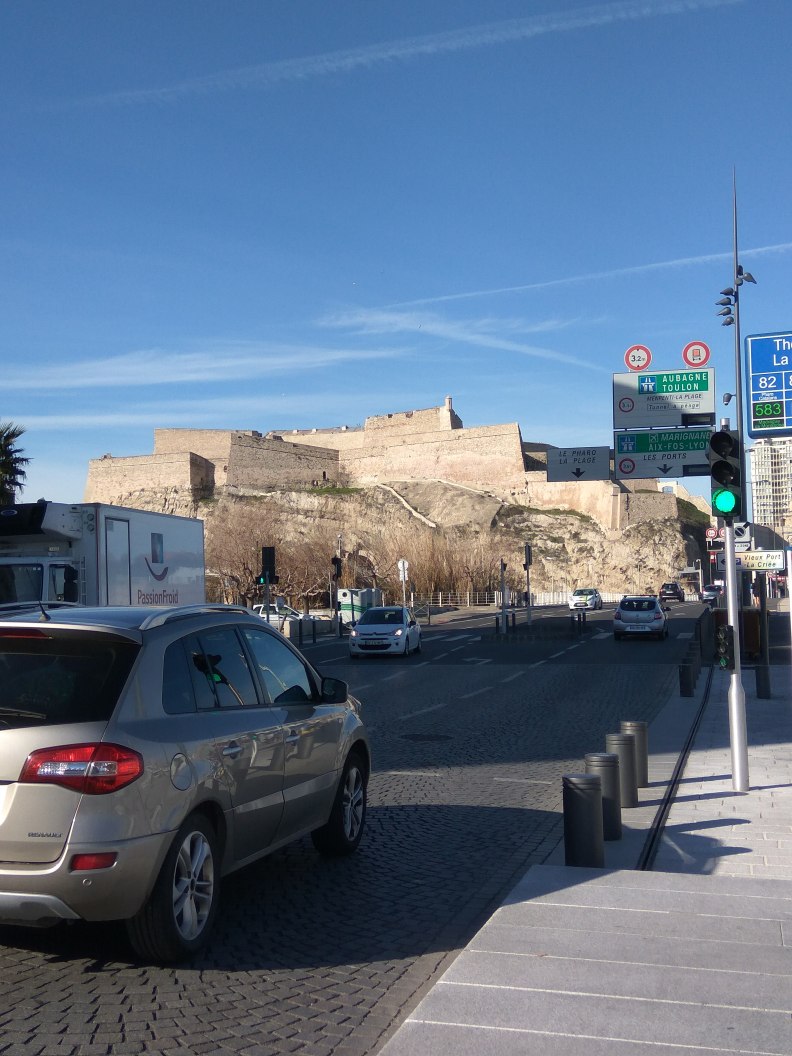 I was heading for the coast, so I got a good view of the harbour. 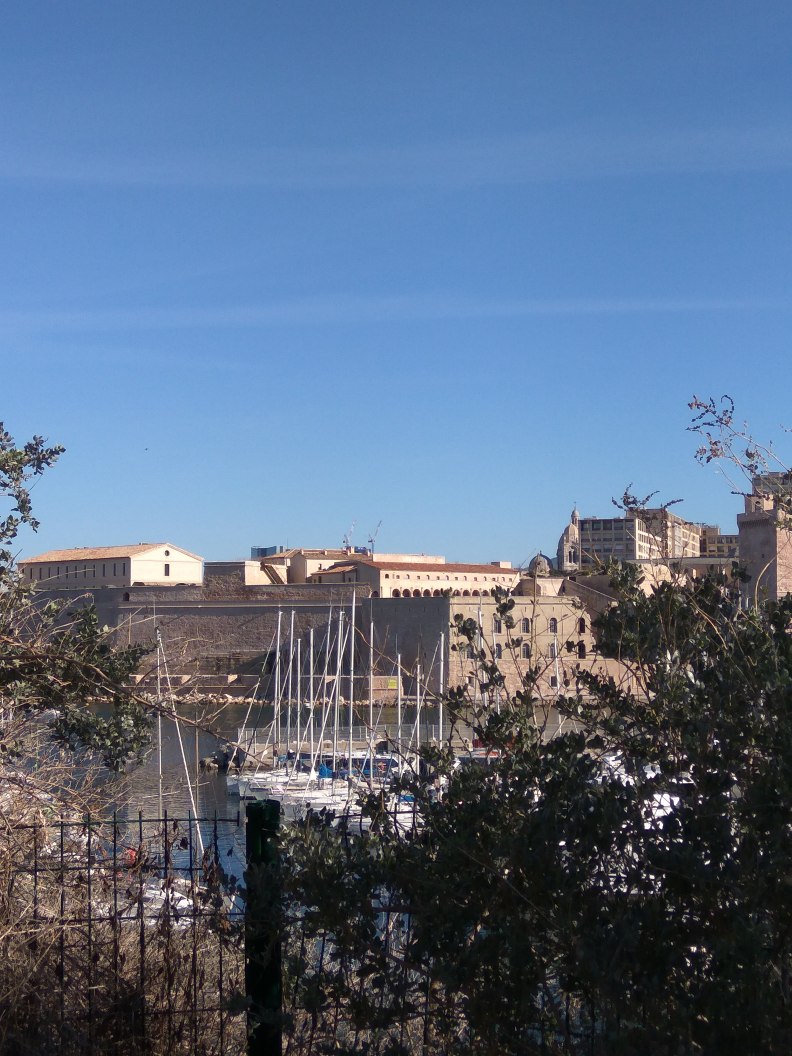 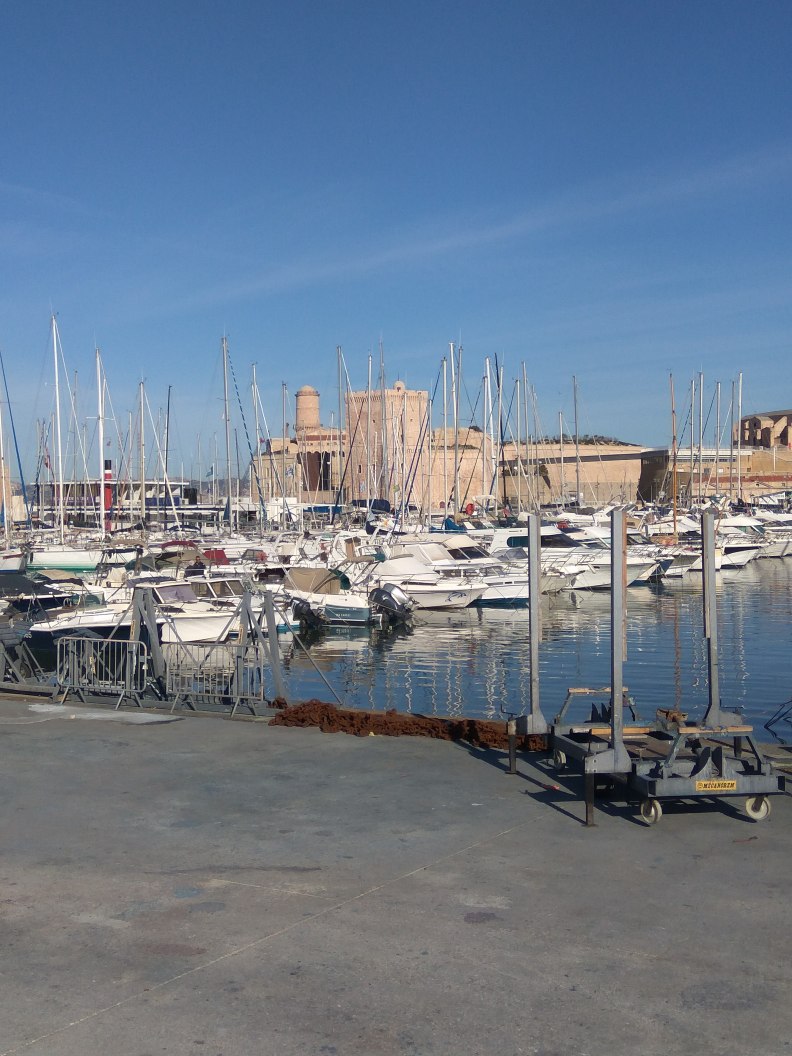 It was interesting to see old stone buildings standing behind shiny new boats.

Arriving at the coast, I was rewarded by the clear view of my goal – the Château d’If. 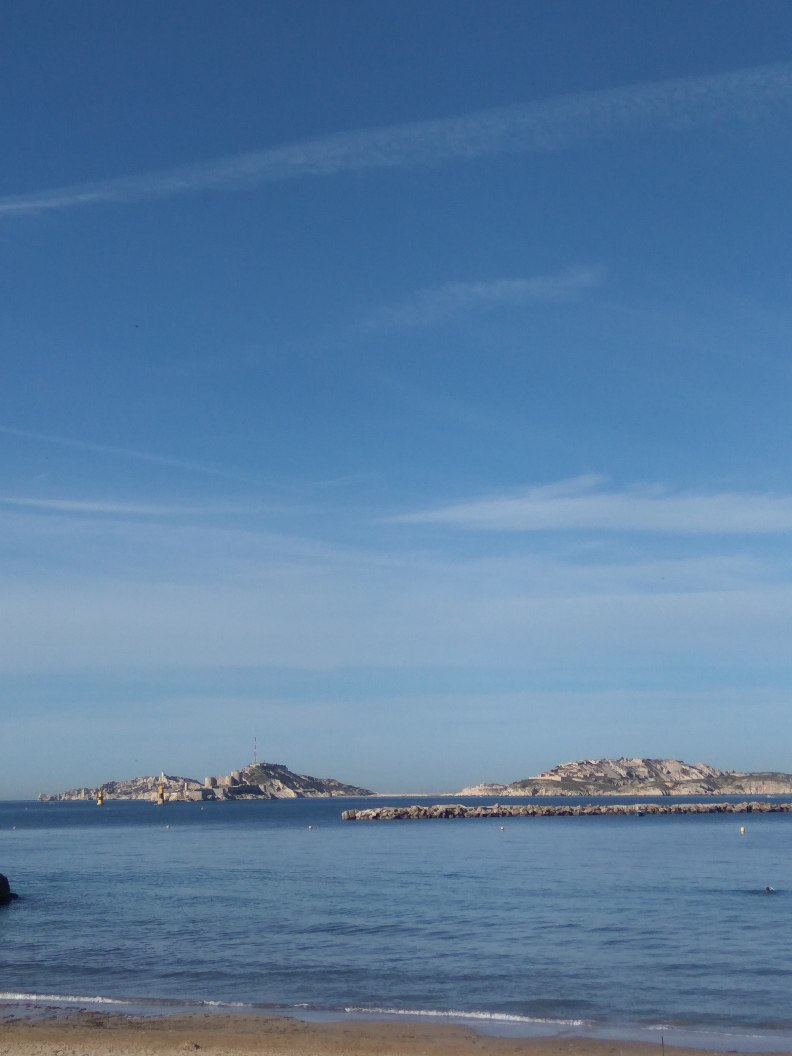 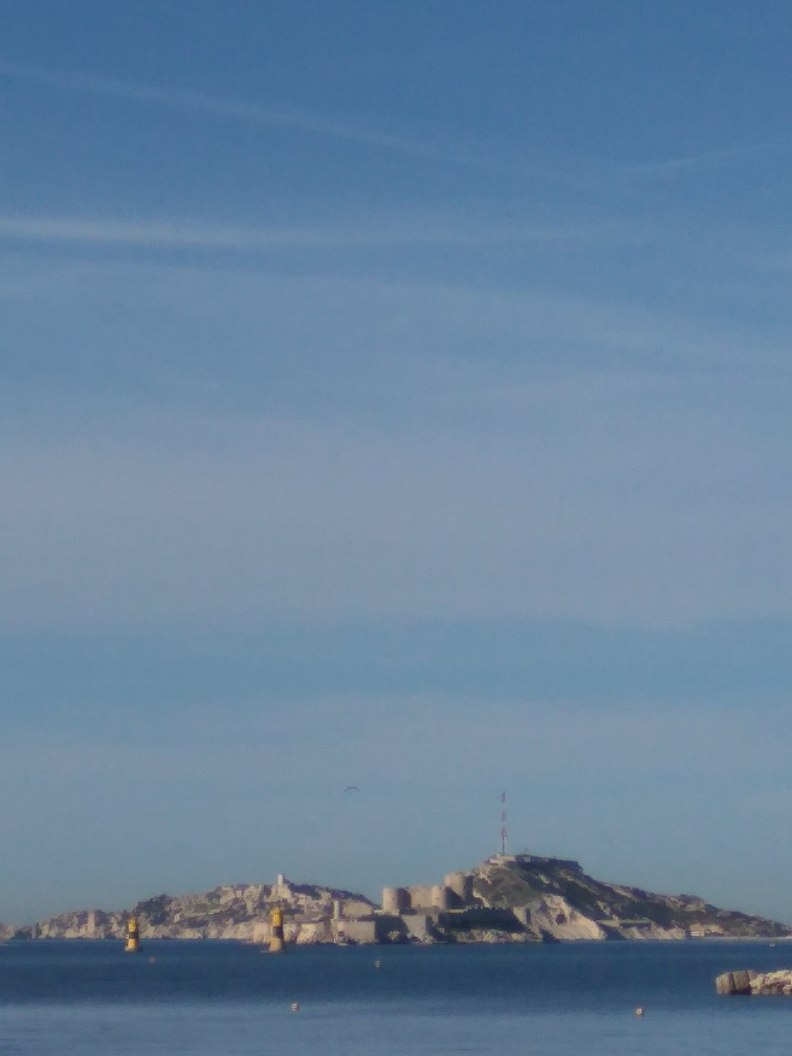 This is the island prison that held Edmond Dantès in the Count of Monte Cristo.

After staring out over the water for a few minutes, I began my journey first to the train station and then onwards to Genova. 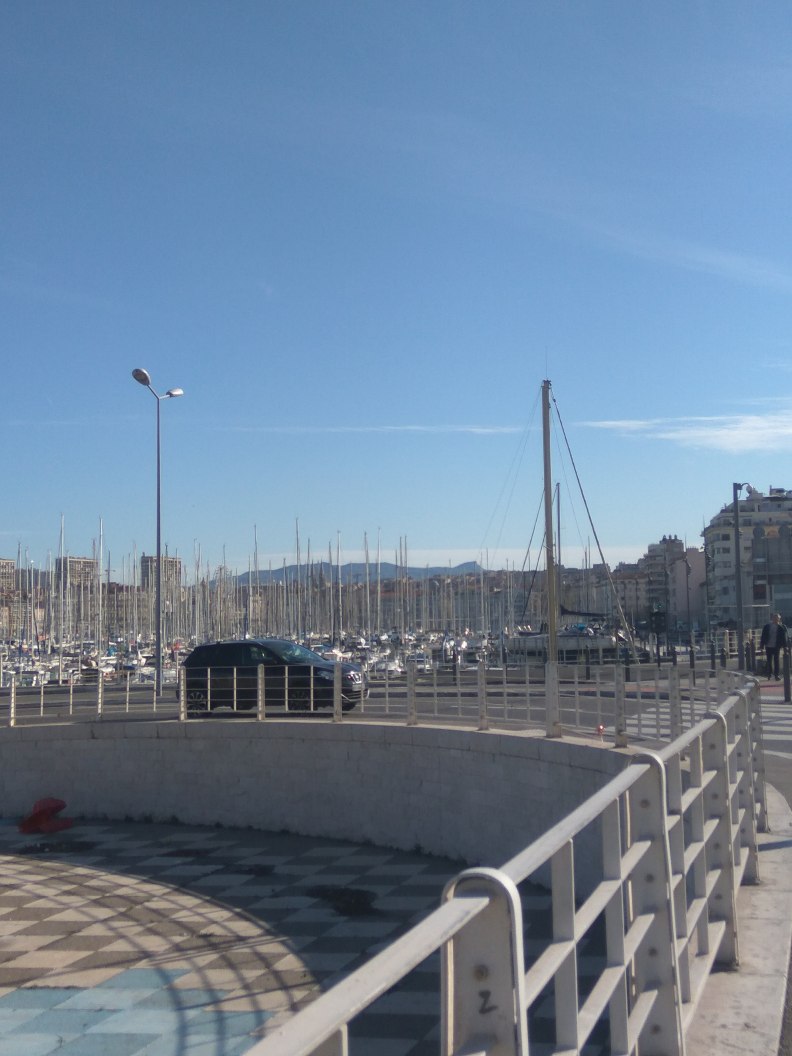 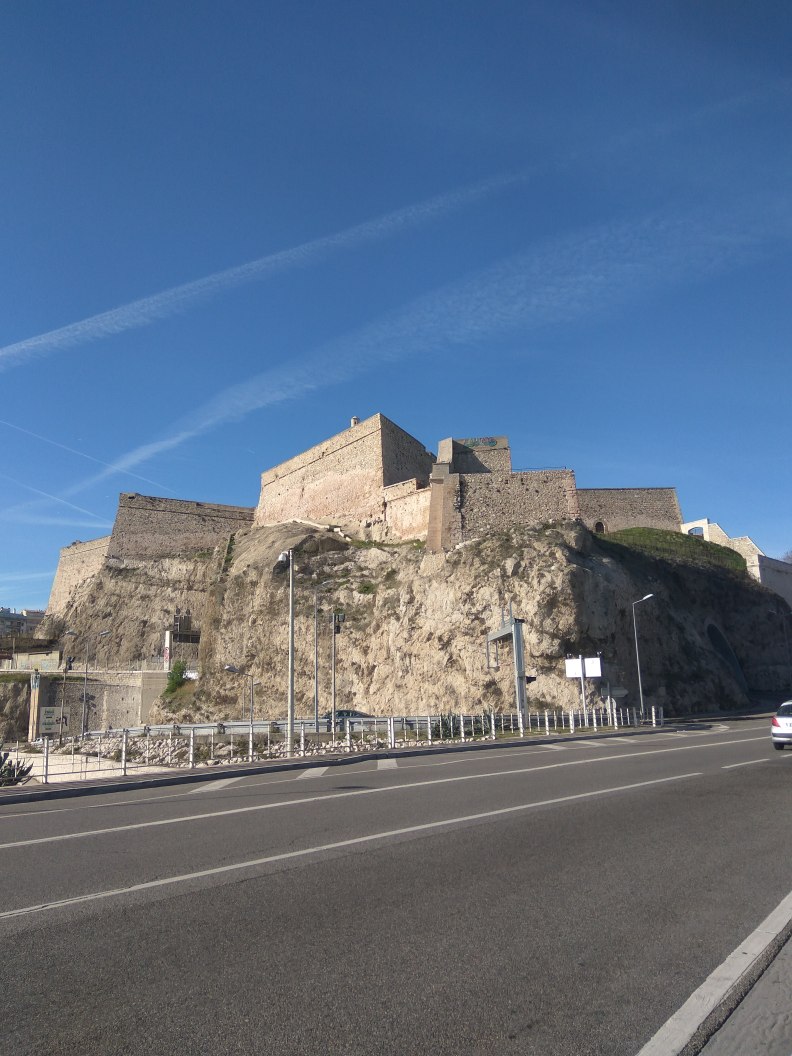 This is the daytime view from the Marseille train station. 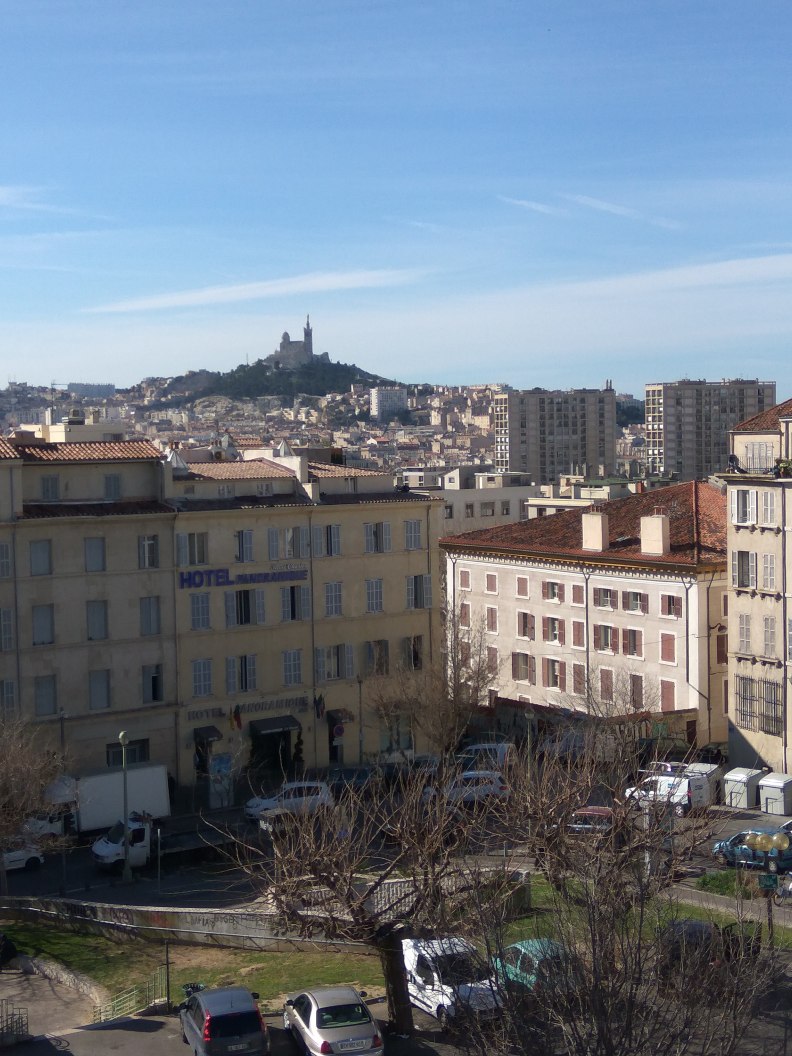 The ride to Genova took me along the French and Italian coast, which was beautiful. 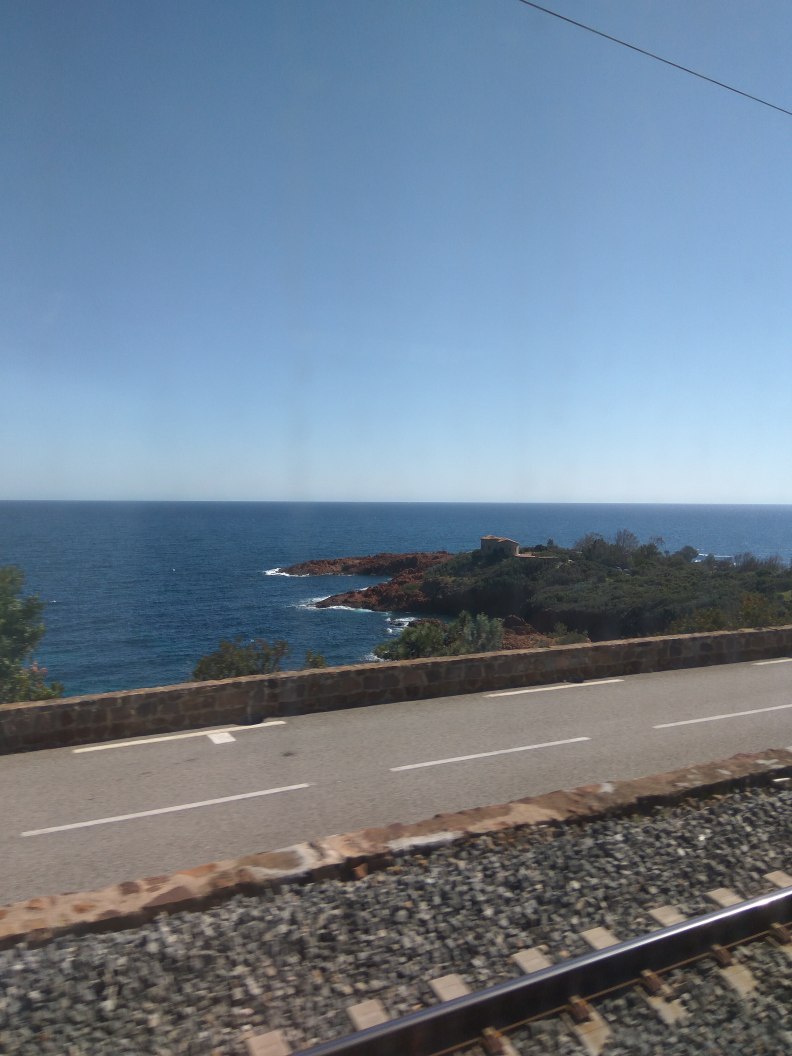 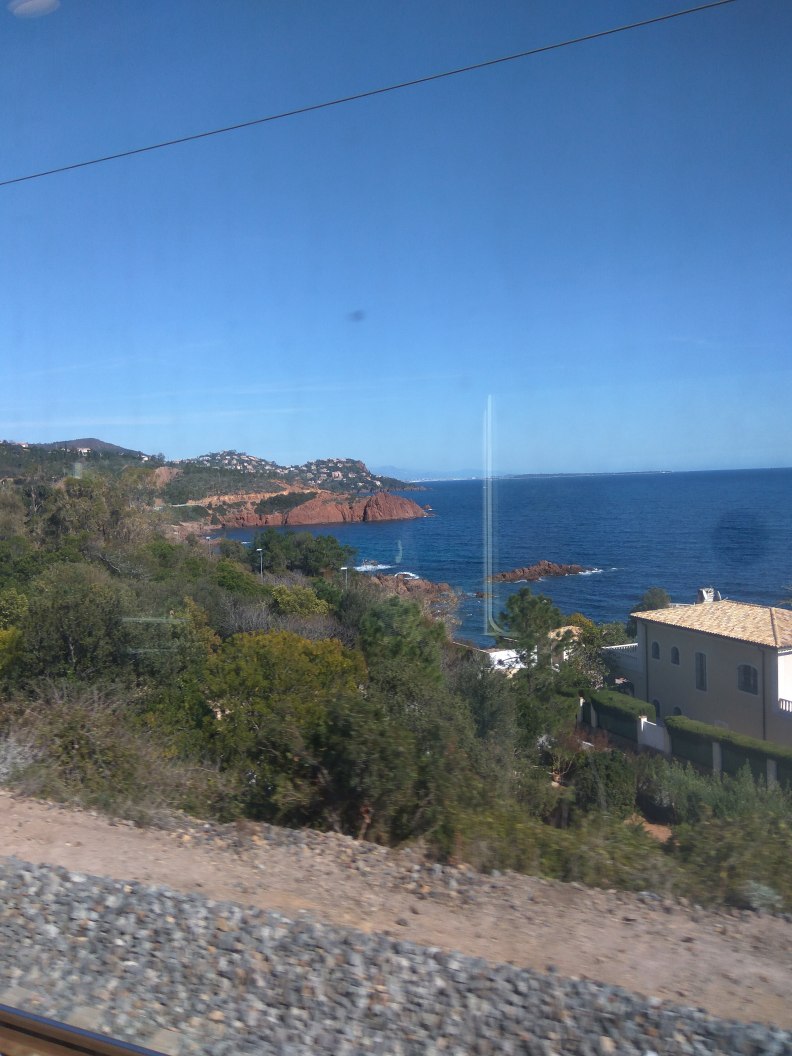 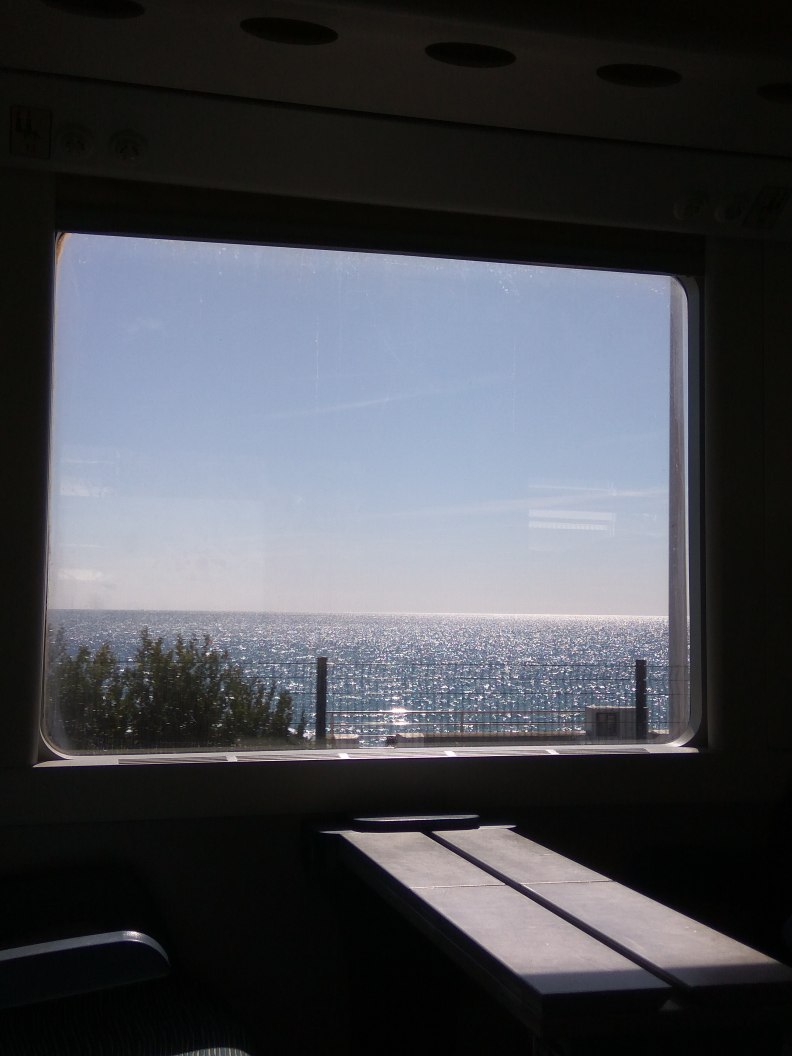 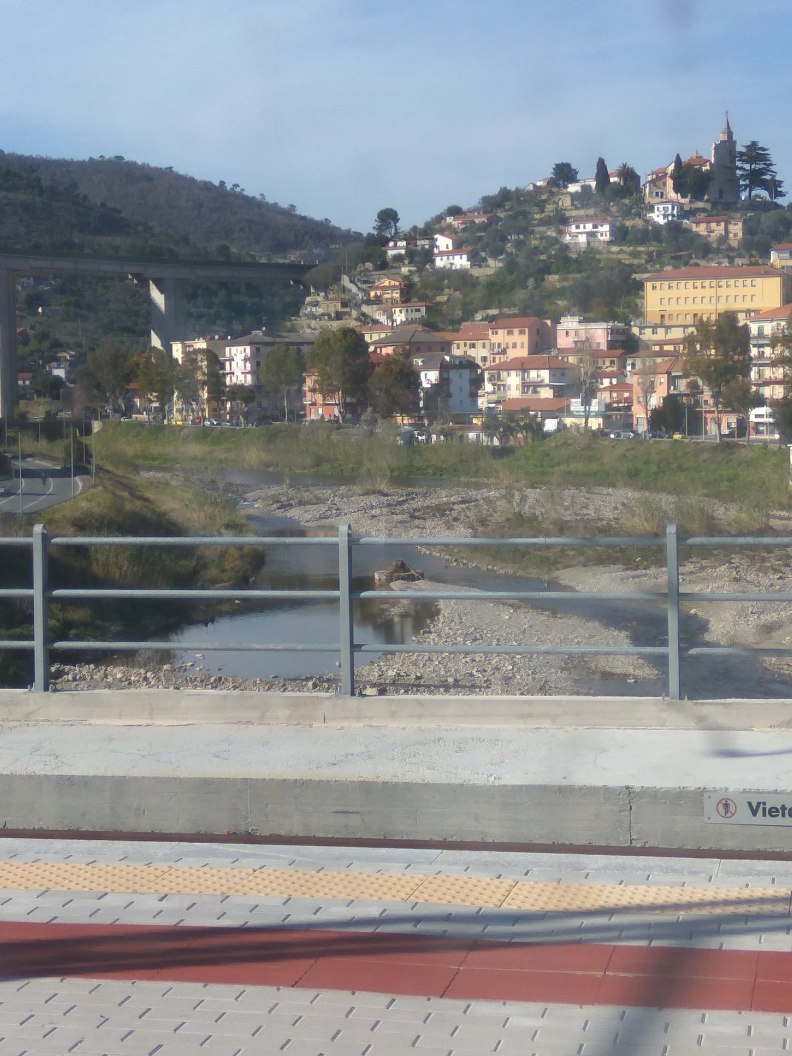 Honestly, I didn’t really see anything in Genova. I walked to the hostel, 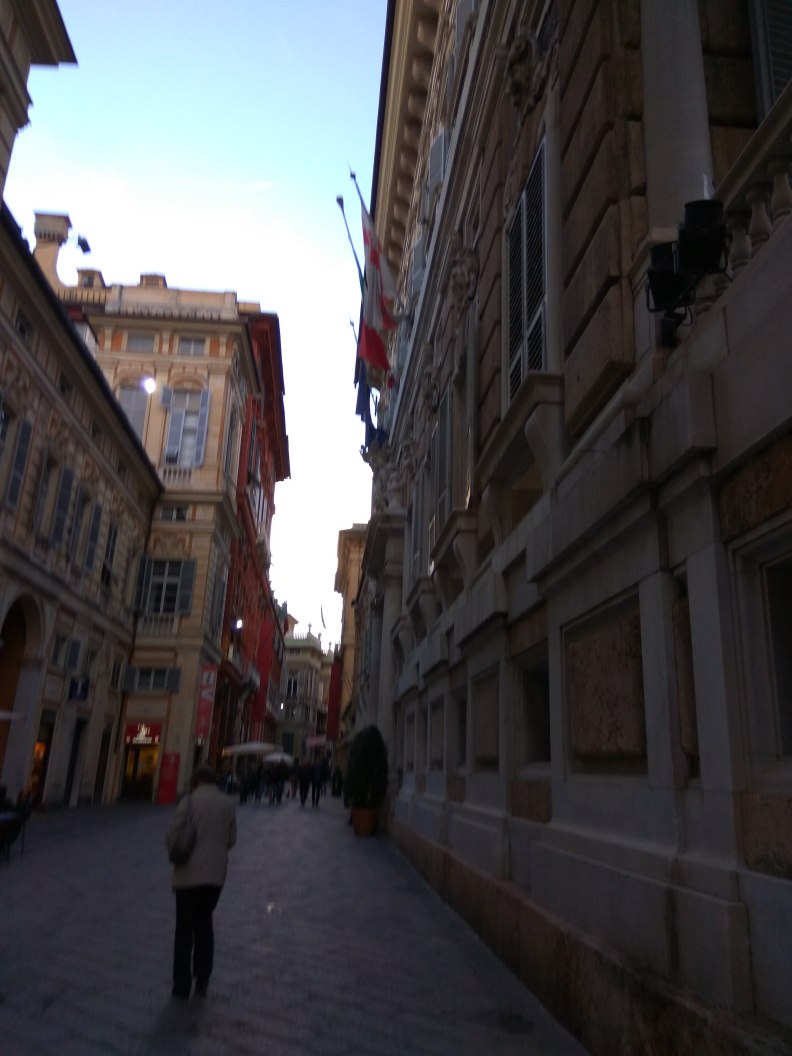 and went to bed. I woke up at 5:30 to catch the train to Florence, and then Siena where I will be spending the week with my friends Stephanie and Gianfranco. 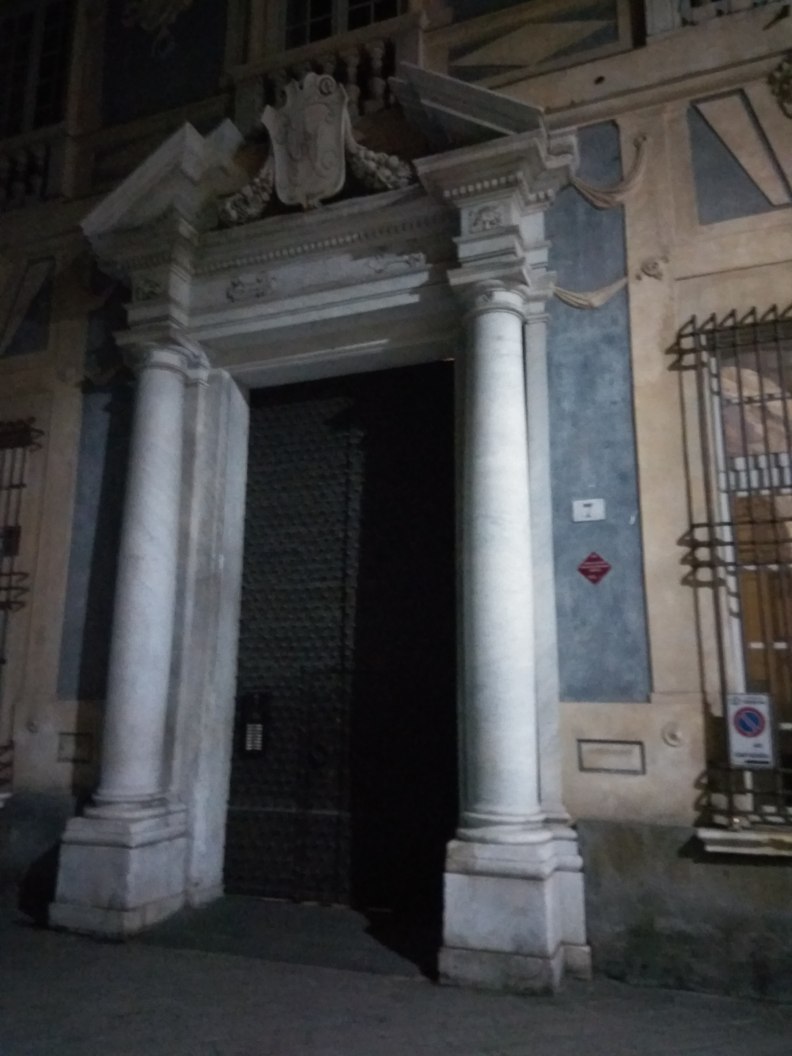 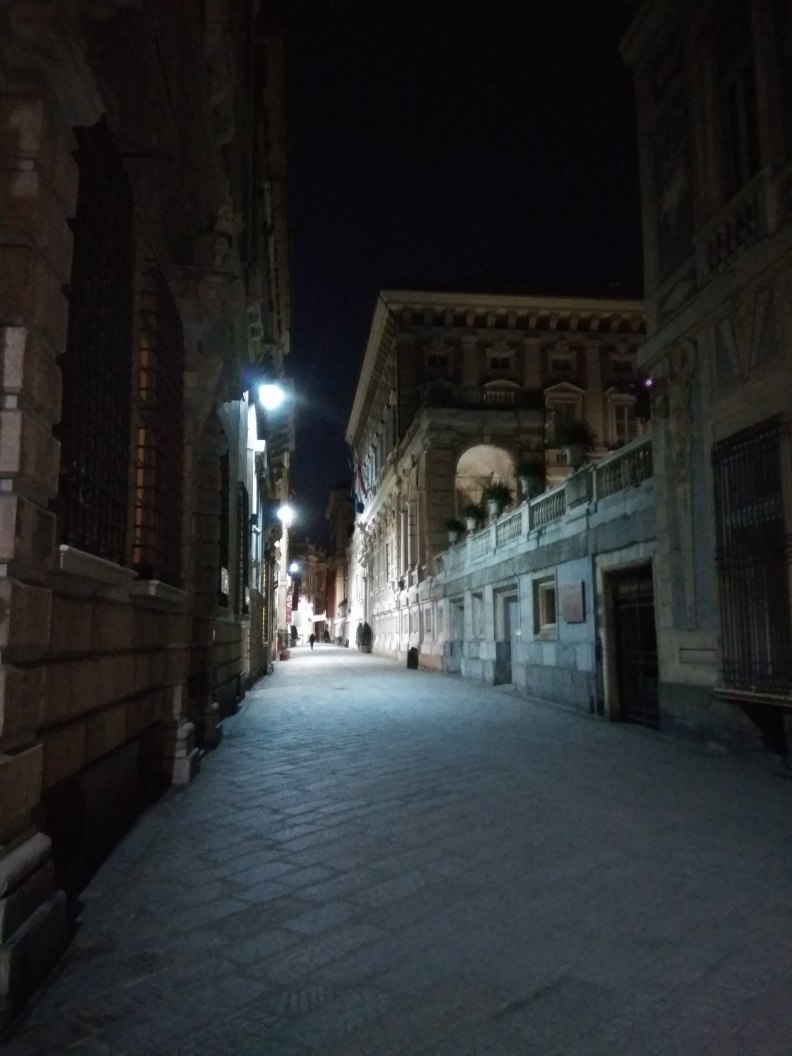 Stephanie was a high school friend of my mom’s whom my sister, mom, and I visited back in 2012. She was kind enough to invite me back, so I am now catching up on sleep and loving every moment of Siena!