While in Italy, I finished reading Les Misérables. Then I read the Great Gatsby. Then the Kite Runner. Then the Catcher in the Rye… I spend a lot of time on trains.

Anyways, since all of my trips from Siena required a connection in Florence, and since I loved it when my mom brought me and my sister there in 2012, I decided to make a day trip of it.

Starting with the magnificent Duomo! 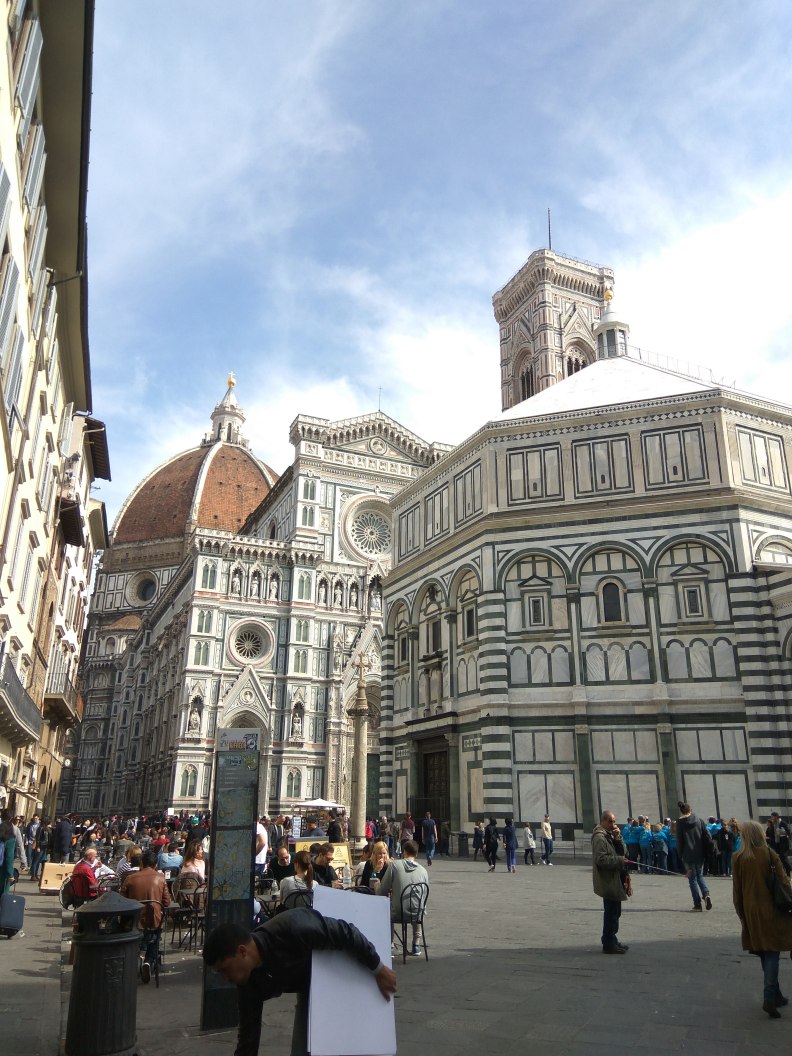 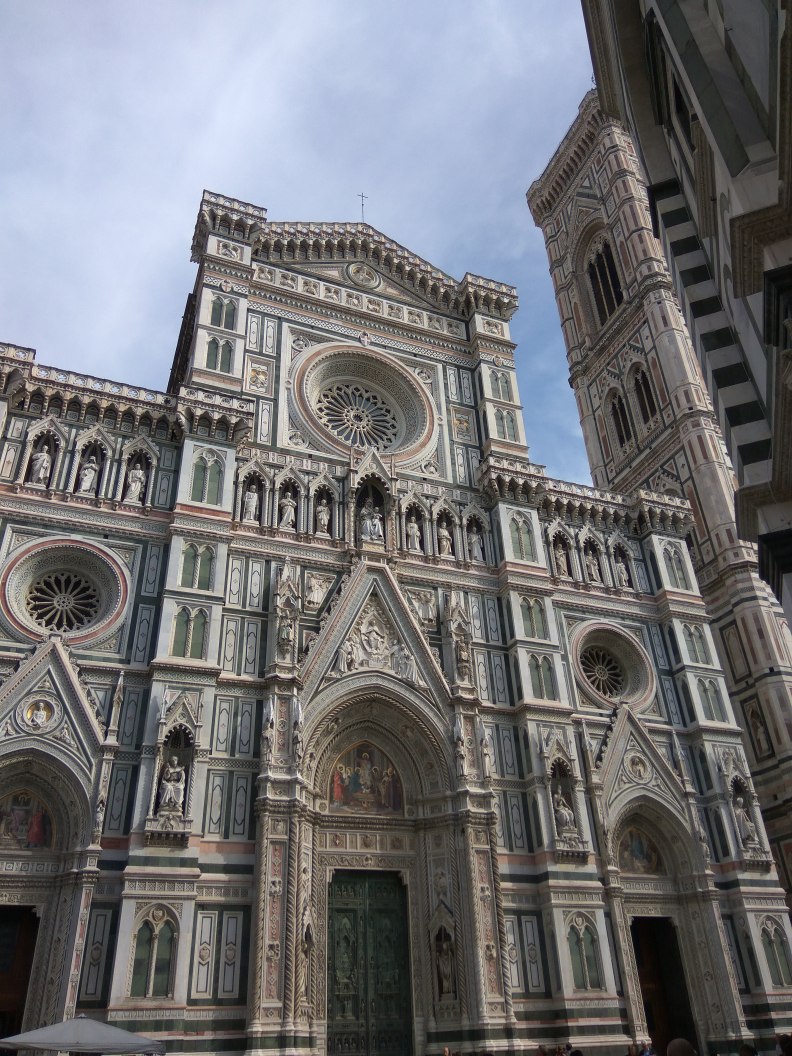 I was on a mission. Before leaving on my trip I looked up the locations of some paintings I wanted to see, and was surprised to see one in Florence, because it meant that we missed it last time. I think we ended up in the wrong Medici palace the last time. Nevertheless, this was my chance to set things right. Mission part 1: see the Birth of Venus painting by Botticelli in the Uffizi Gallery. Mission part 2: get some silk ties from the market. End of list.

I did see the Ponte Vecchio on the way to the Uffizi Gallery. 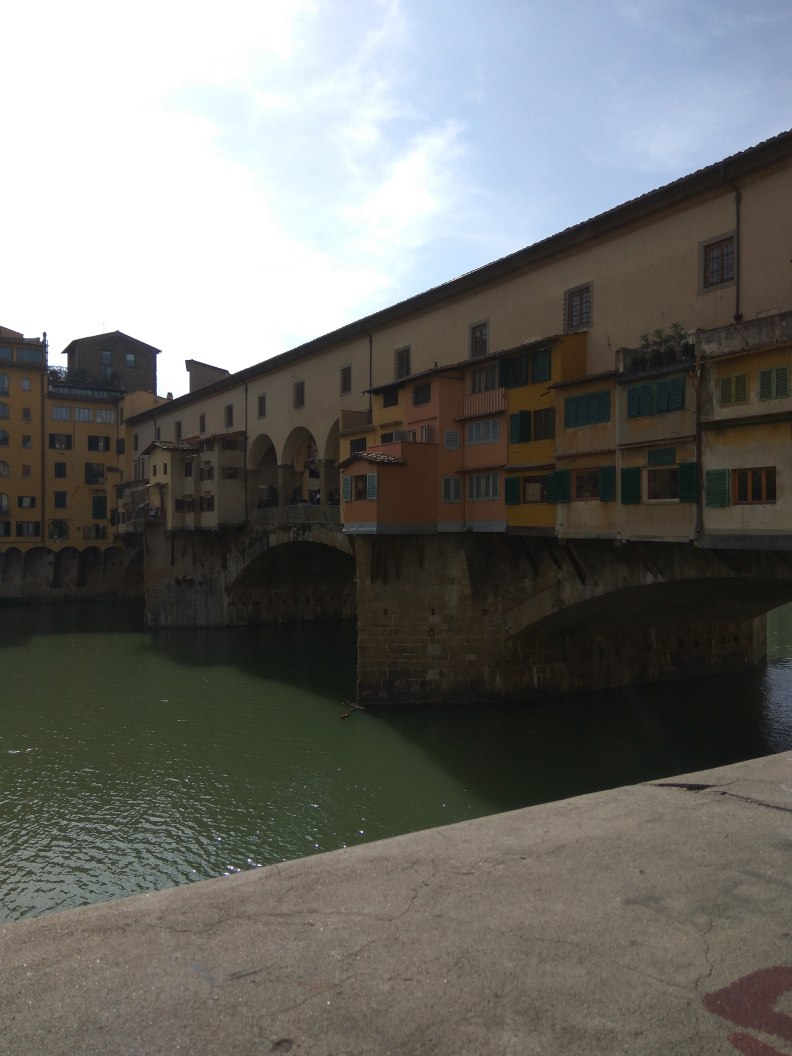 When I got to the gallery a nearby tour group offered to include me in their tour, but seeing as I would have had to commit to more than an hour of traveling in a pack, I chose freedom and went in alone. 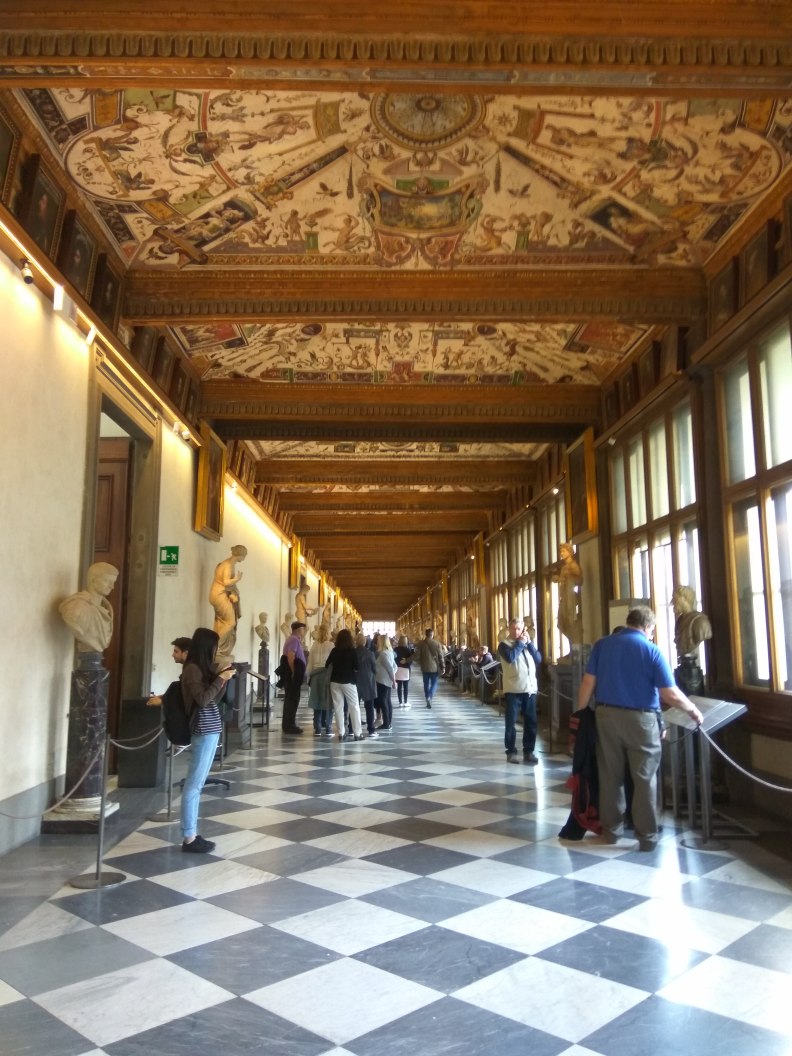 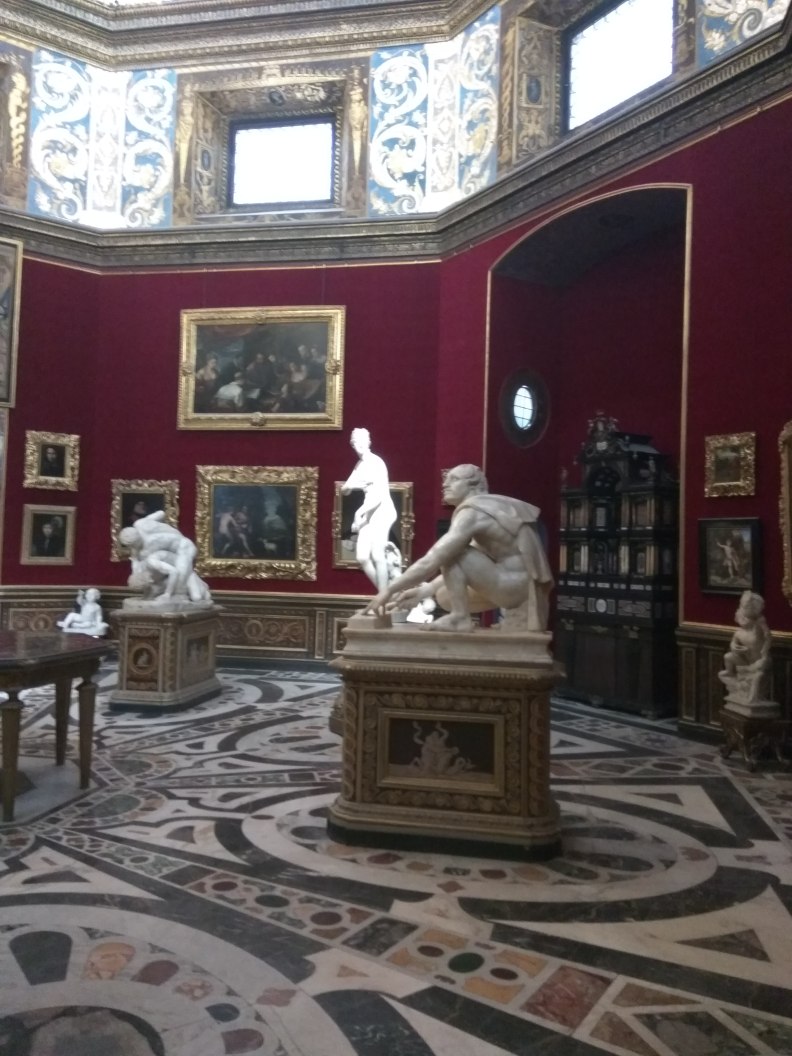 The gallery was beautiful, and I was able to finally see the Botticelli painting for myself. 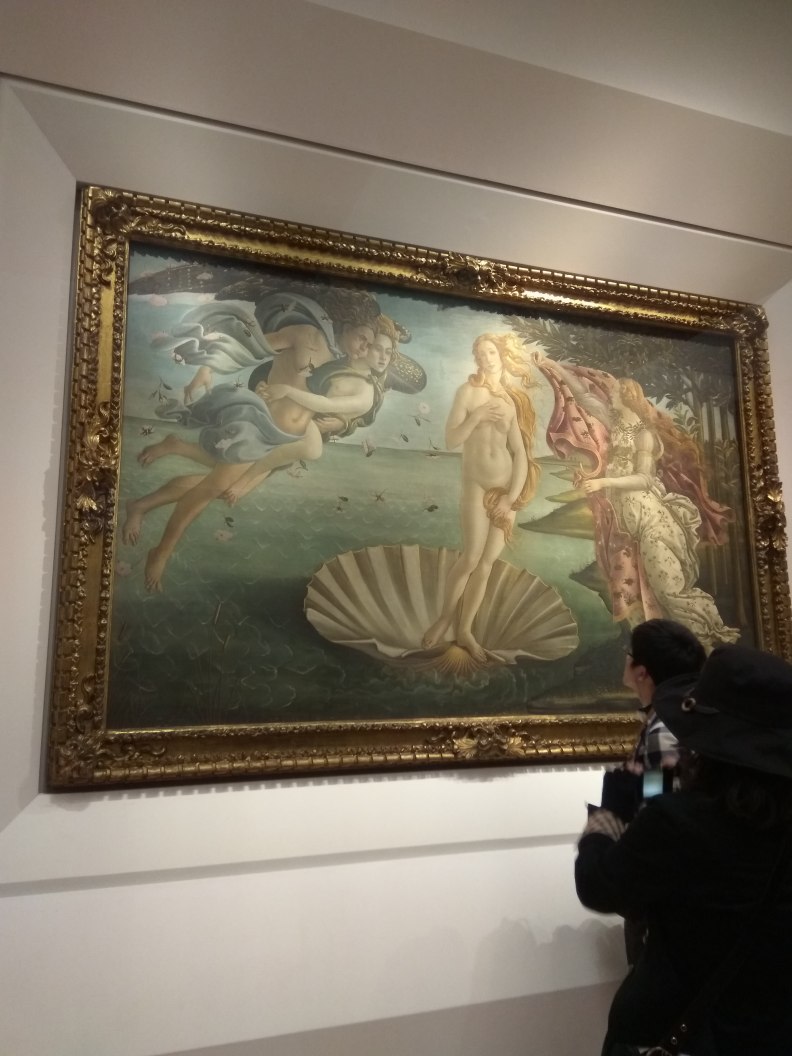 The gallery also had a painting by Leonardo da Vinci. 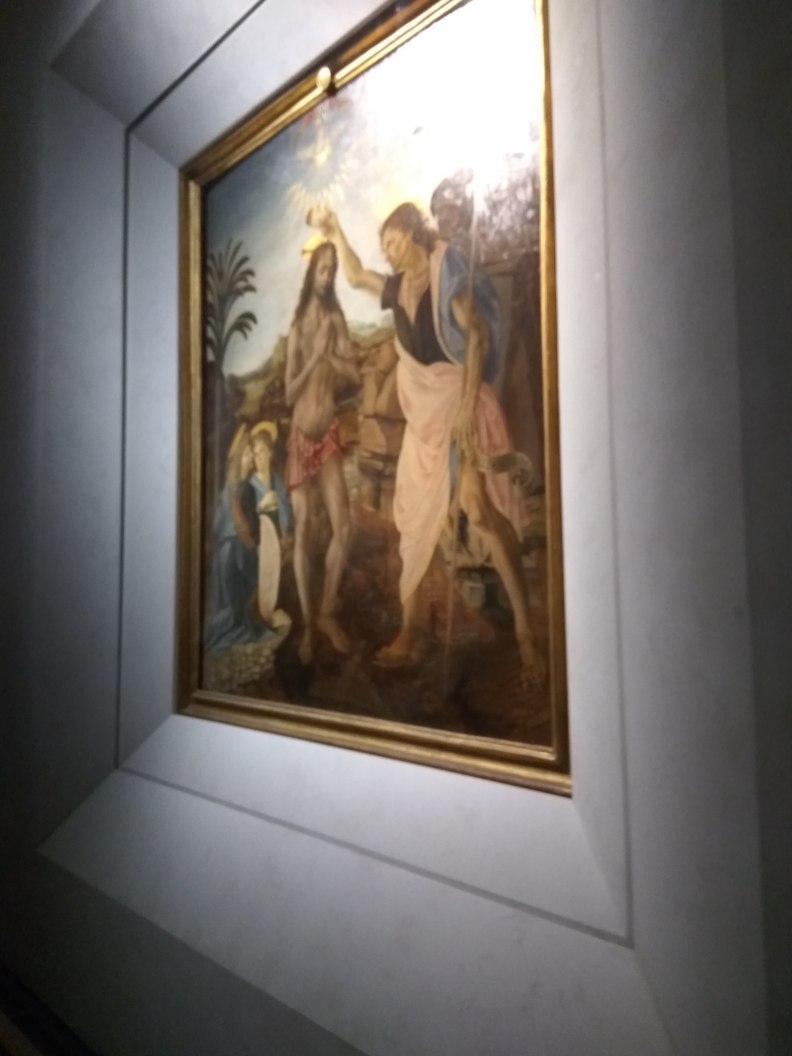 And some really old sheet music. 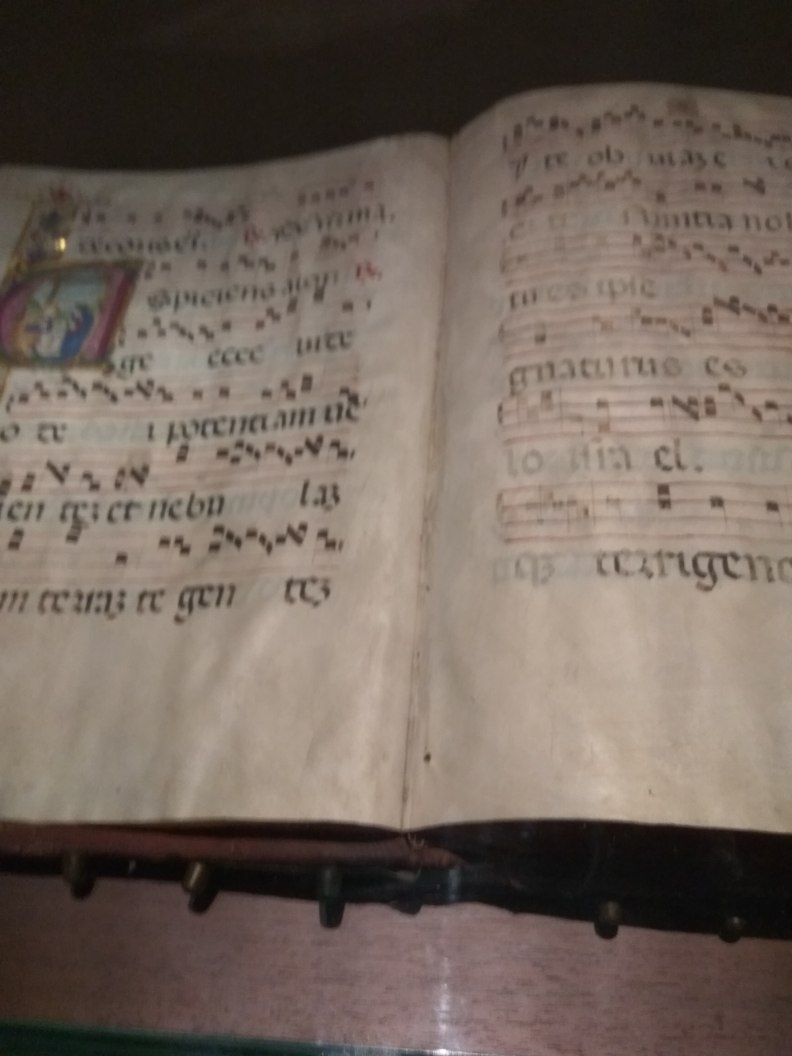 The roof of the gallery was open and gave a view of the nearby clock tower and Duomo. 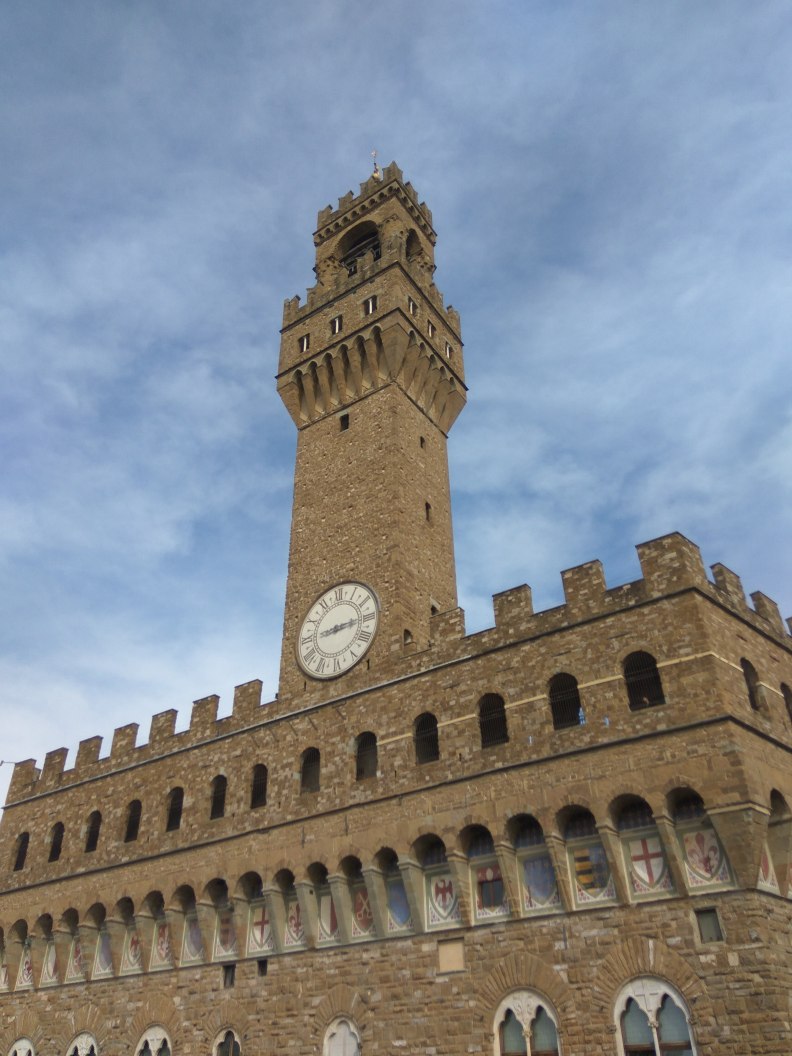 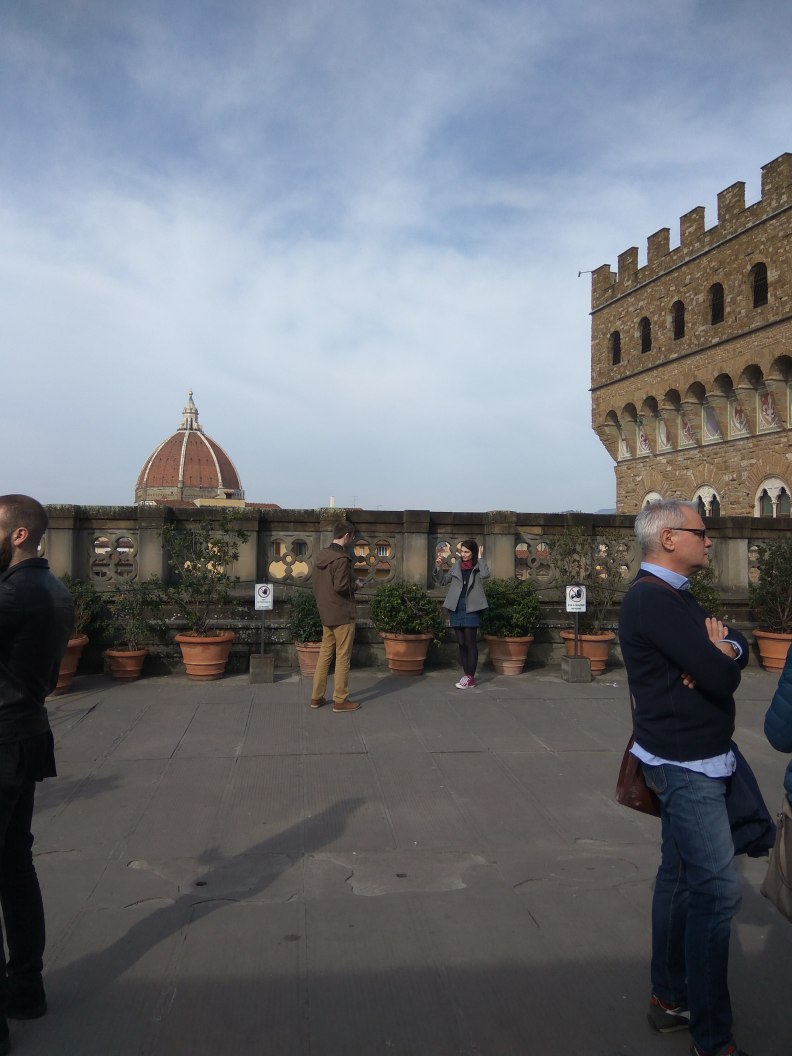 After picking up some ties, the rest of the day was spent wandering, with and without gelato. 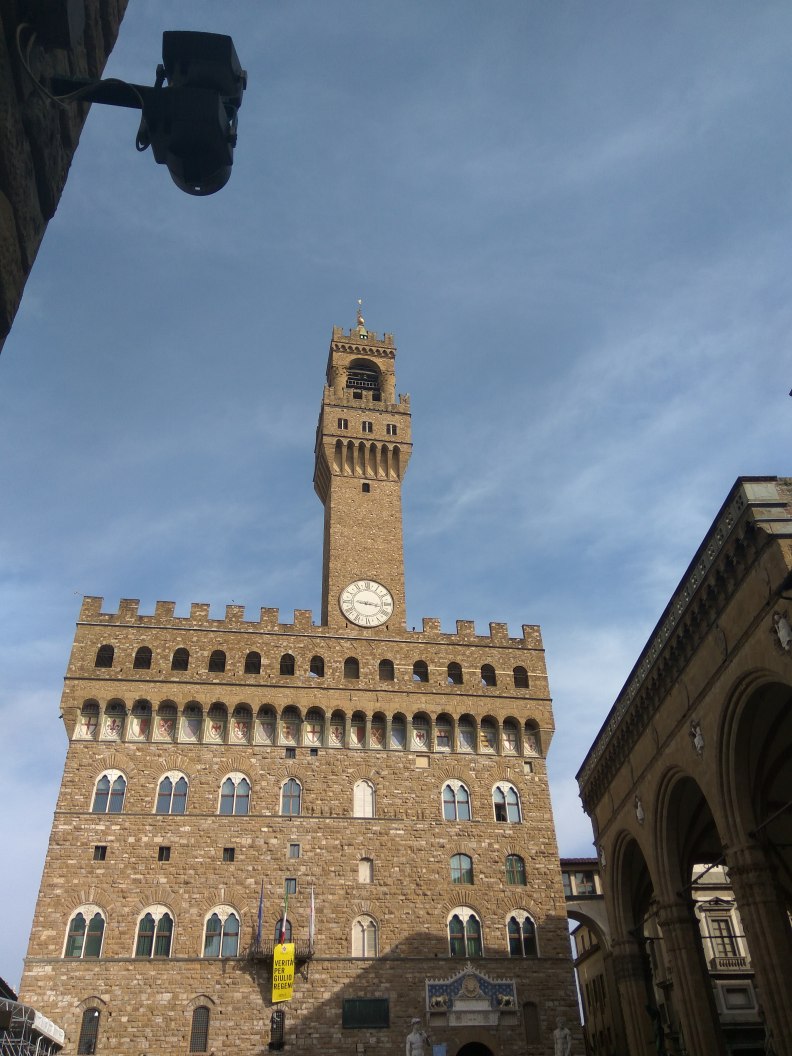 There are many statues in one of the piazzas, and I distinctly remembered the statue of Perseus with Medusa’s head from last time. 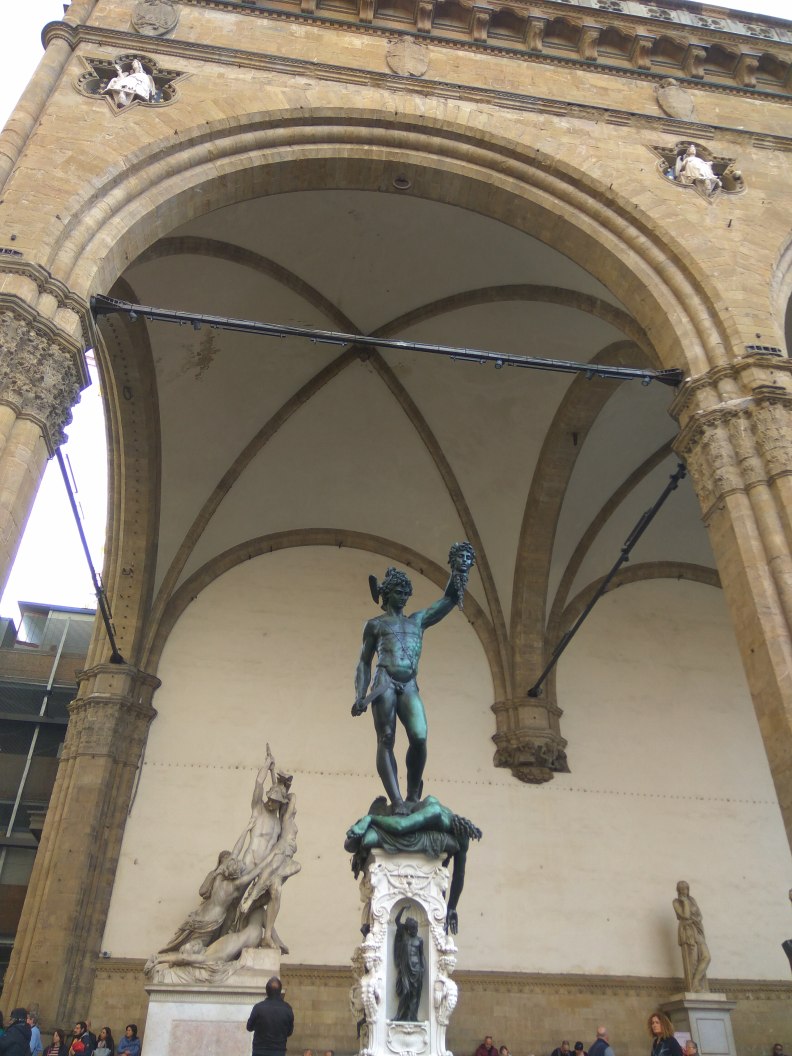 I even found a church that smelled like incense inside. 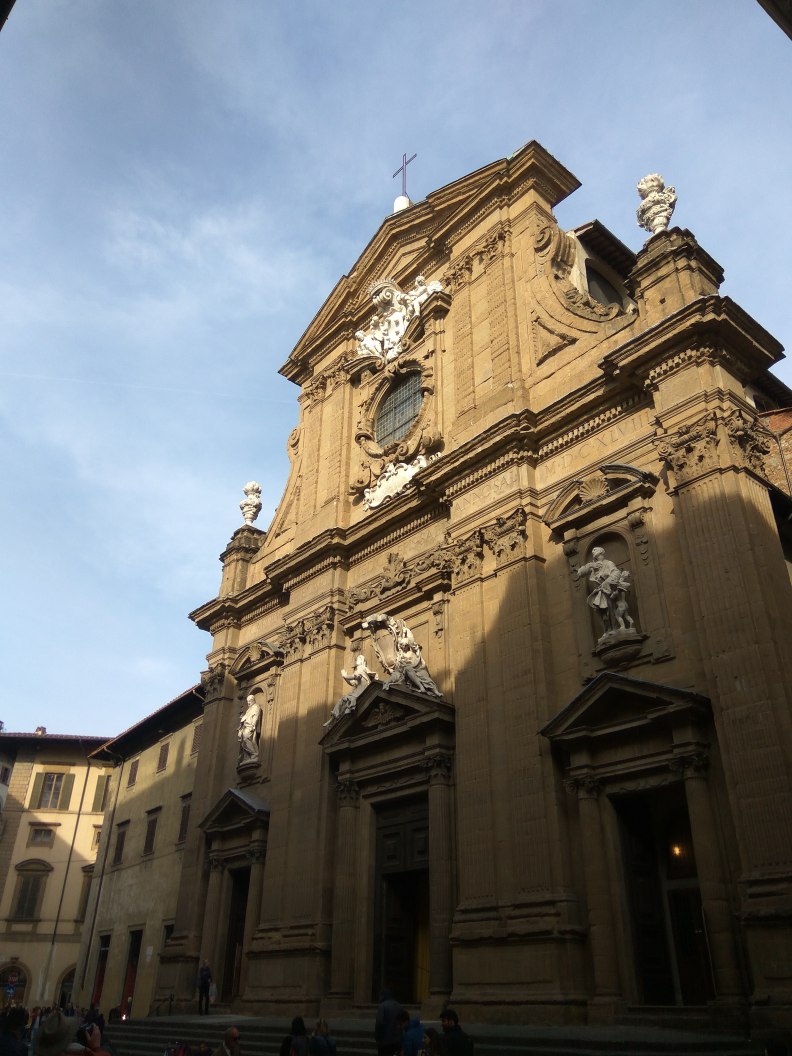 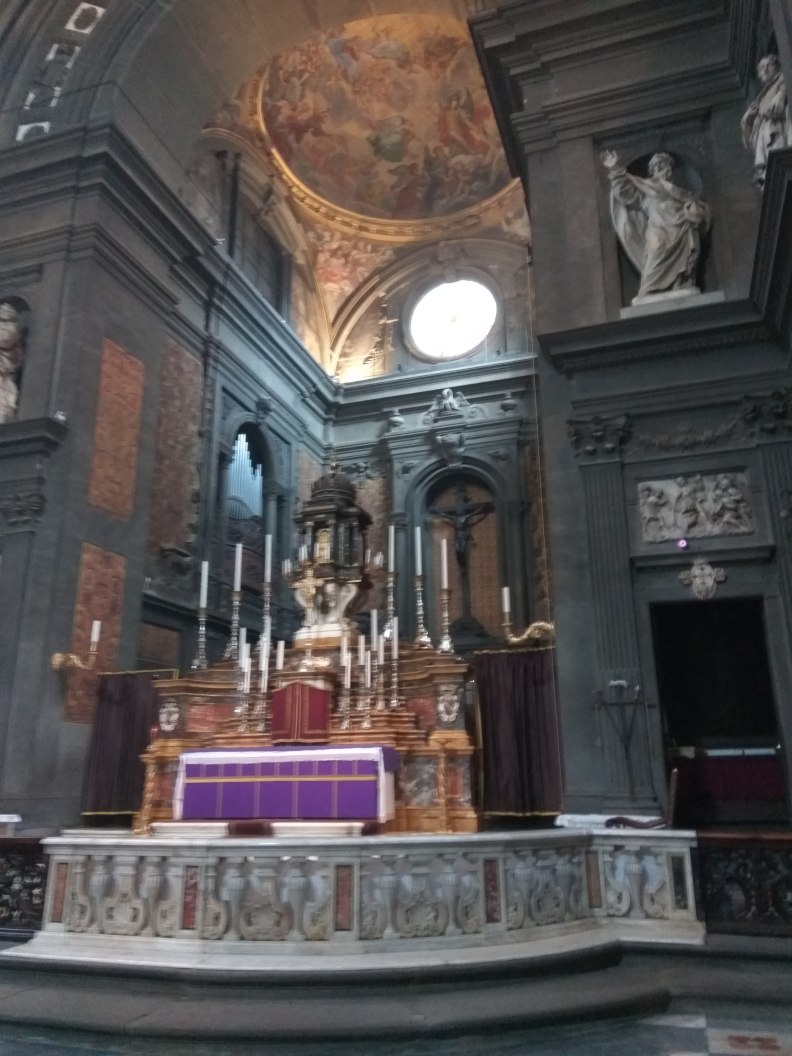 When I left Siena, I stayed in Milan before continuing on to Switzerland. When I arrived I was very tired, and thought I’d take it easy for the day. I decided just to walk to a few things I wanted to see, and “taking it easy” somehow turned in to 13km. It was worth it though. My first stop was at the Sforza Castle. 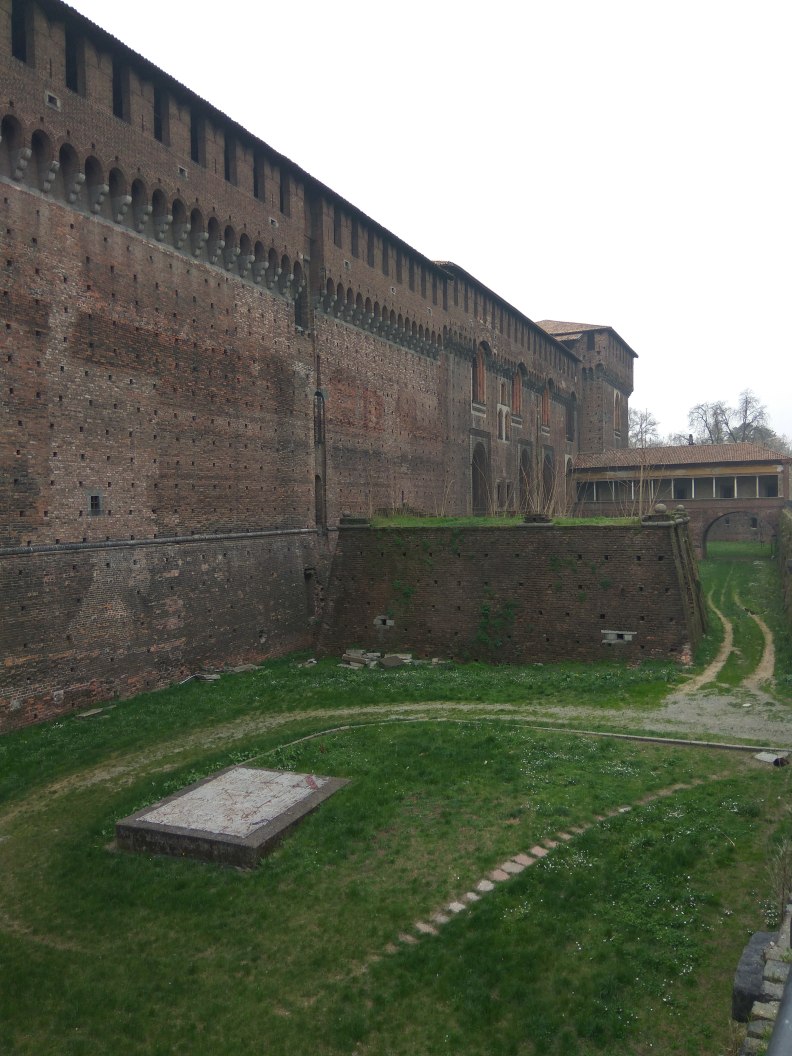 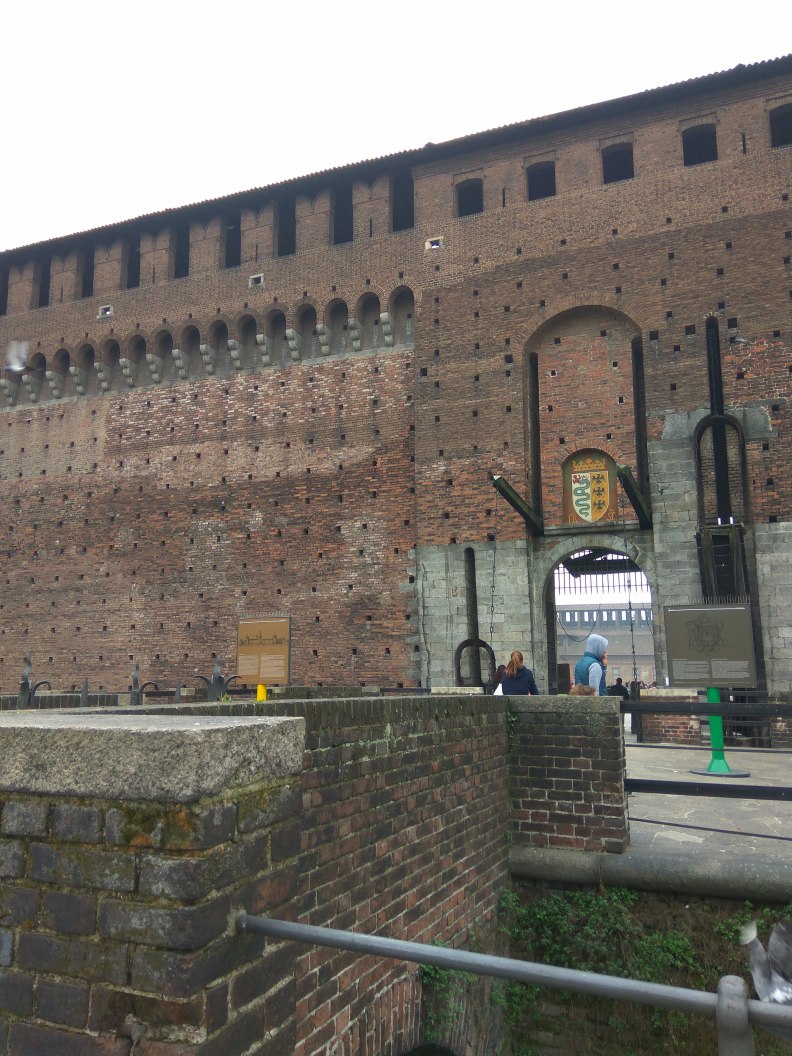 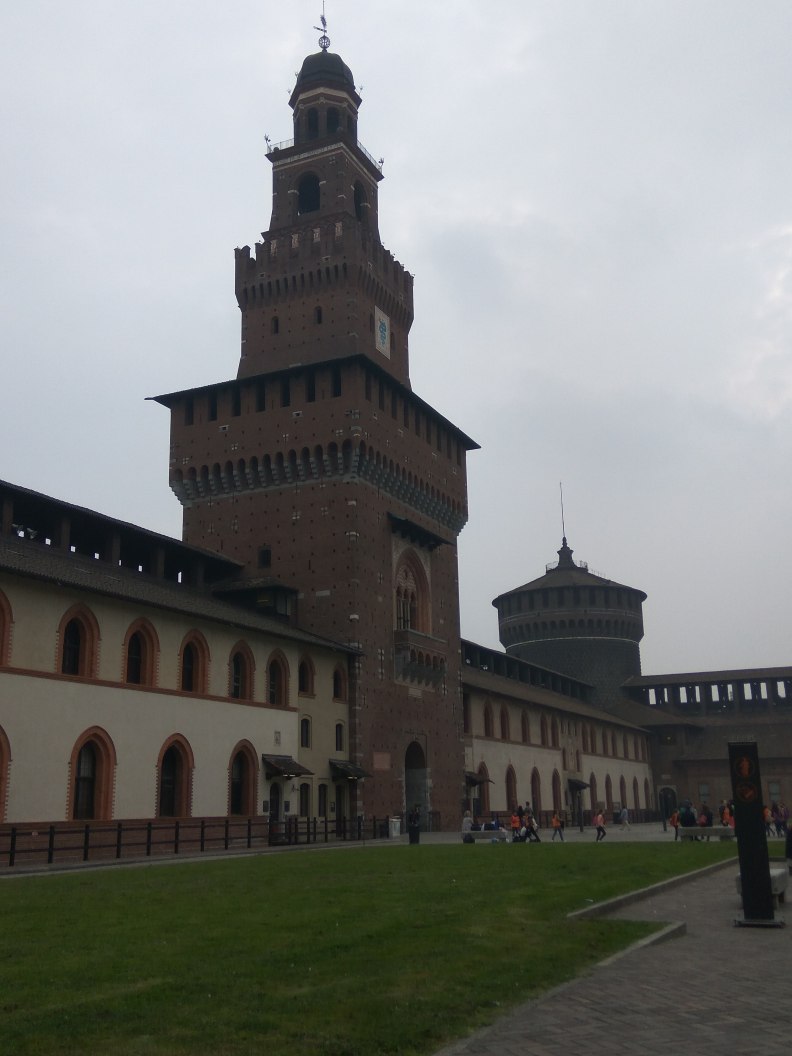 I knew the name from watching The Borgias, so thank you to my cousin Barb for introducing me to that! 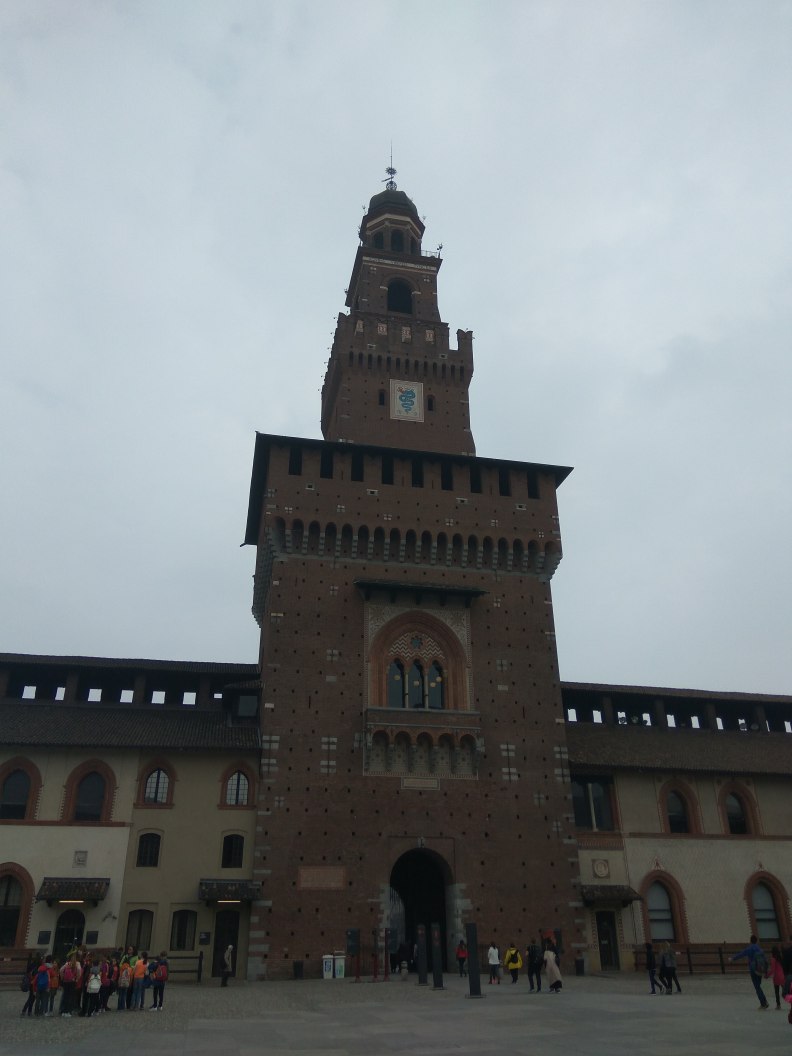 My next two stops were the entire reason I wanted to go to Milan. After some walking, I arrived at this church, the Santa Maria delle Grazie. 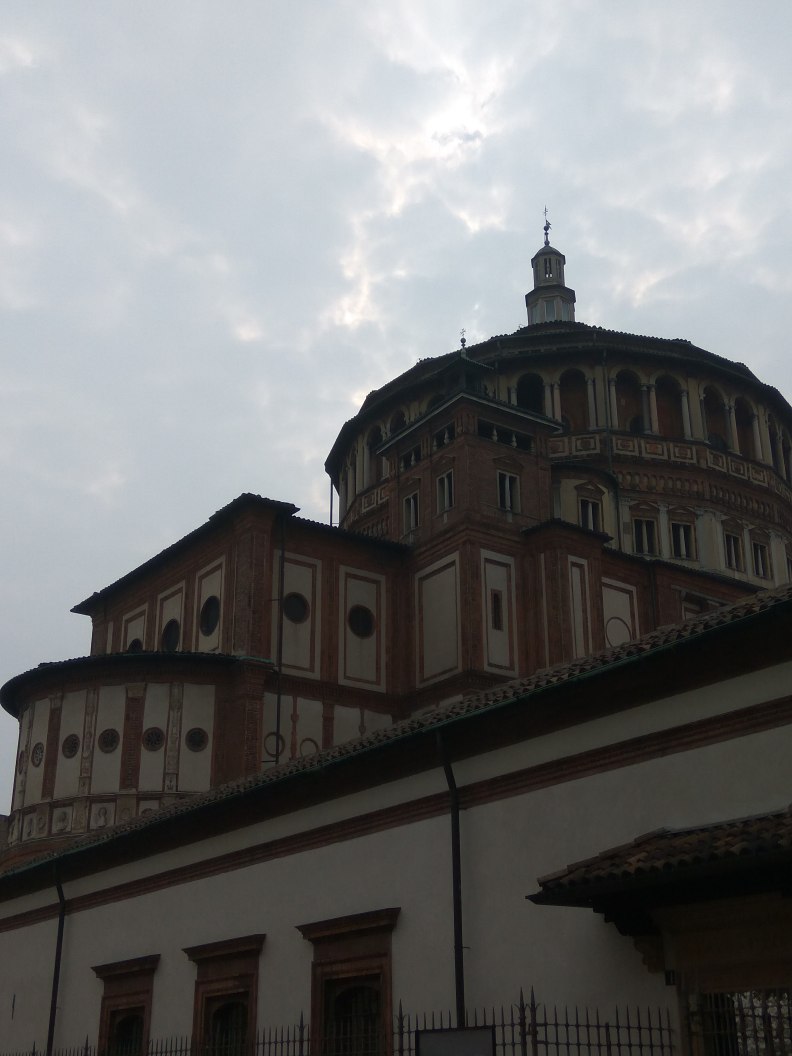 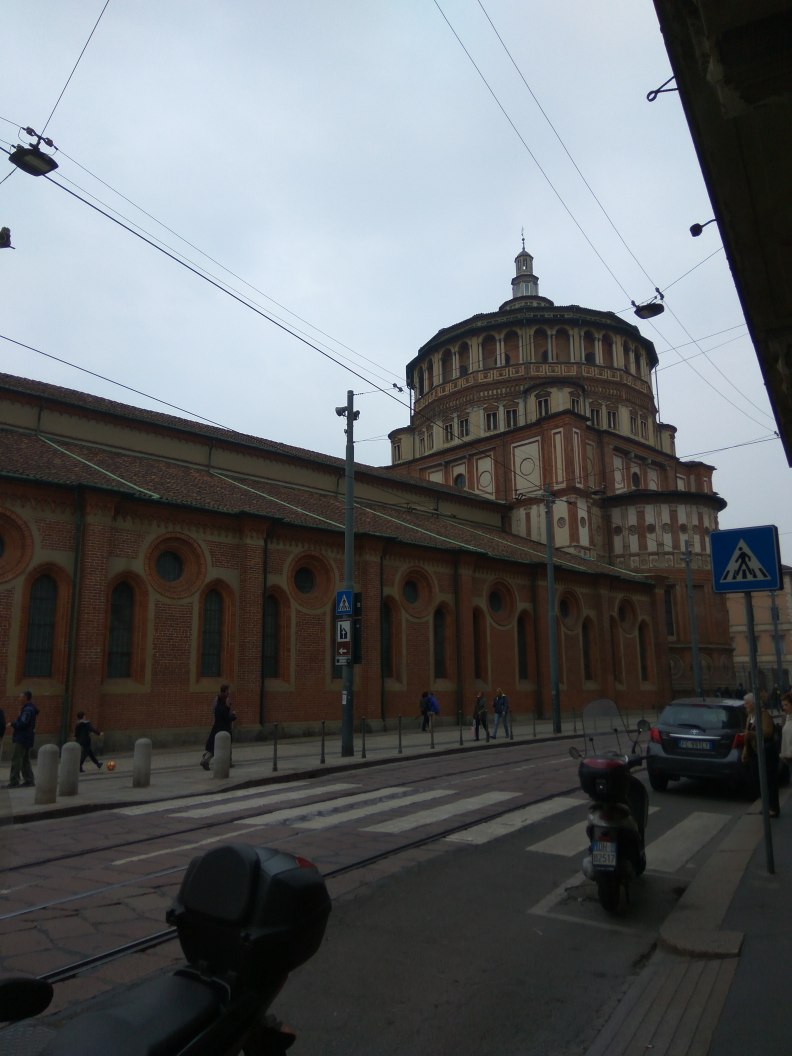 What’s so special about this church? It is the location of the famous fresco by Leonardo da Vinci “The Last Supper.” 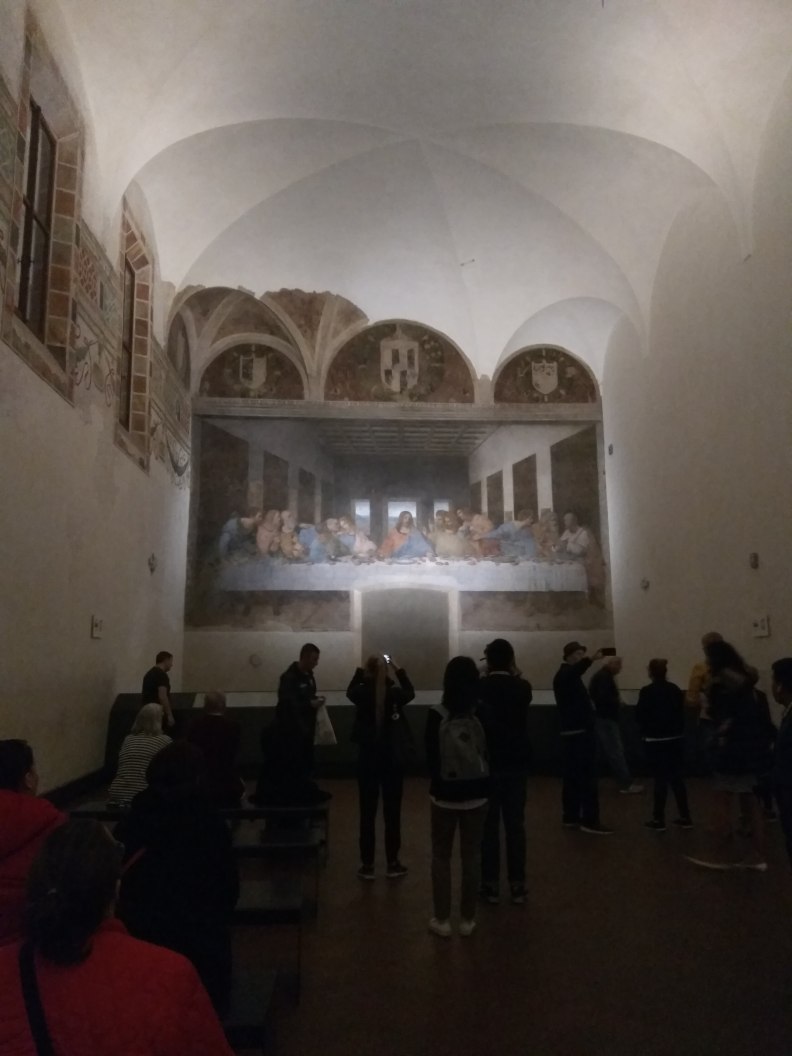 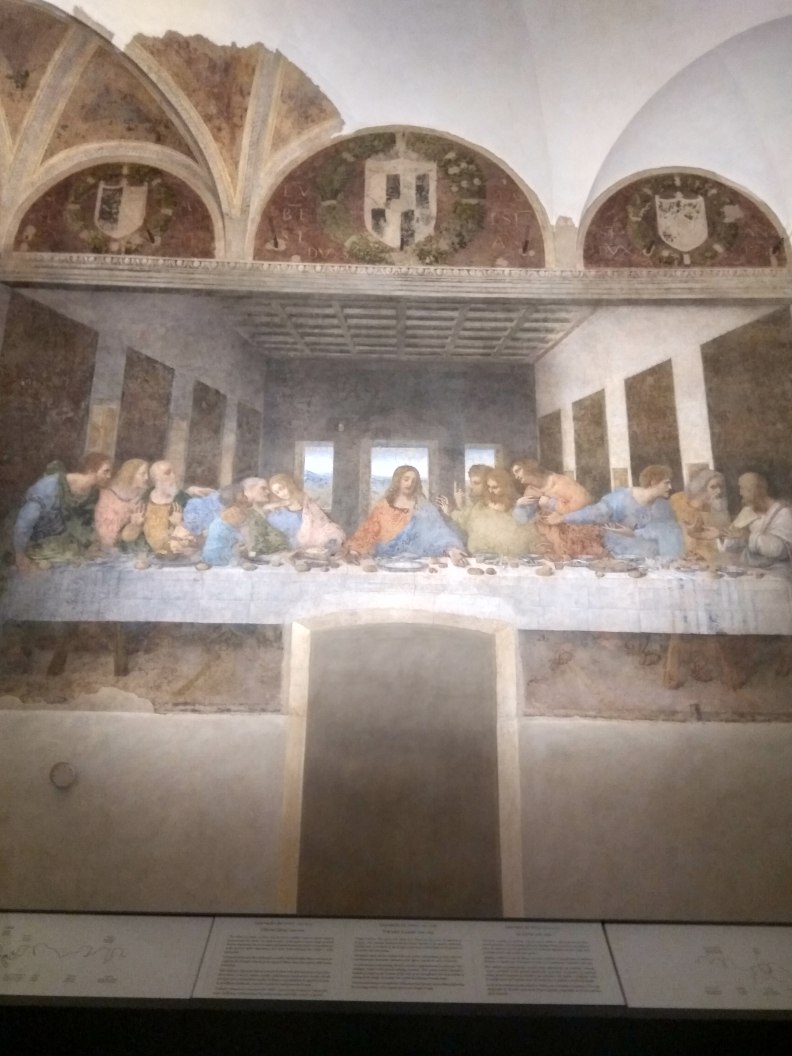 On the opposite wall was another fresco by Leonardo of the crucifixion. 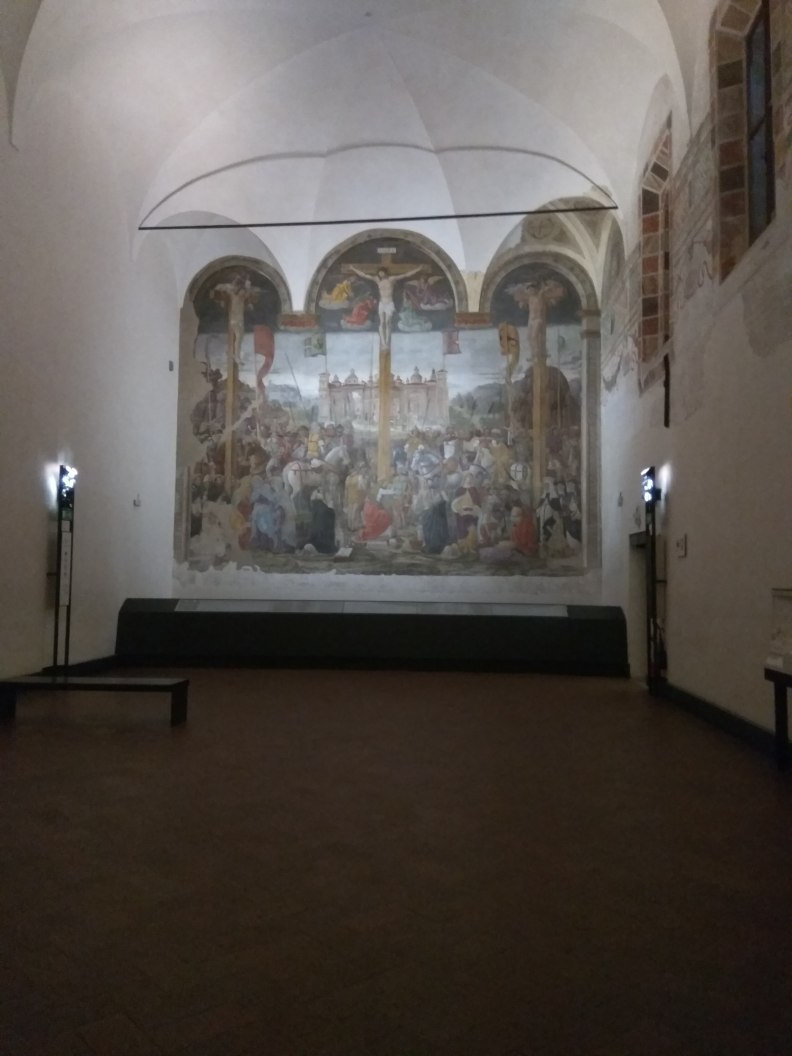 The roof of the church didn’t survive being bombed in the war, but luckily the frescoes did.

You had to go in to see them in a group, and only at certain times, so I had to wait around a little for my time. Outside the church however, a lady was scalping tickets for early entry. I found it funny that people would buy scalped tickets outside of a church to see one of the greatest pieces of Christian art, just to save themselves an hour.

Next was the Duomo di Milano. 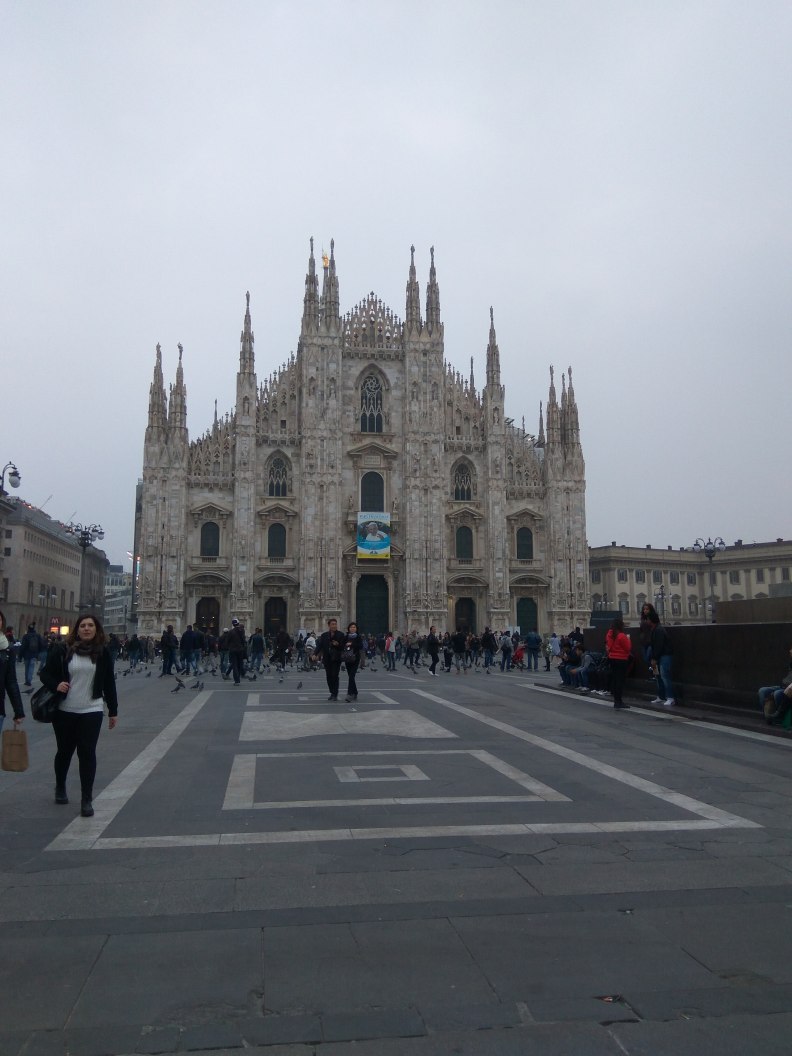 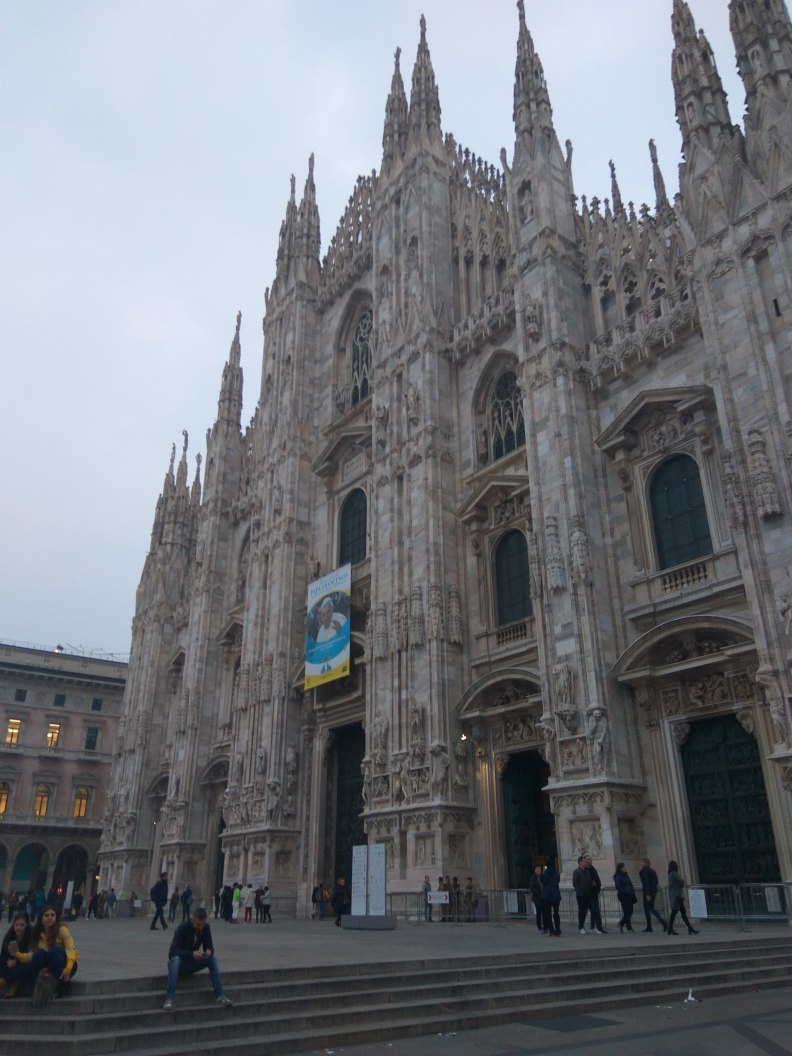 The inside was either closed by the time I got there, too expensive, or probably both. I was there for the outside anyways. 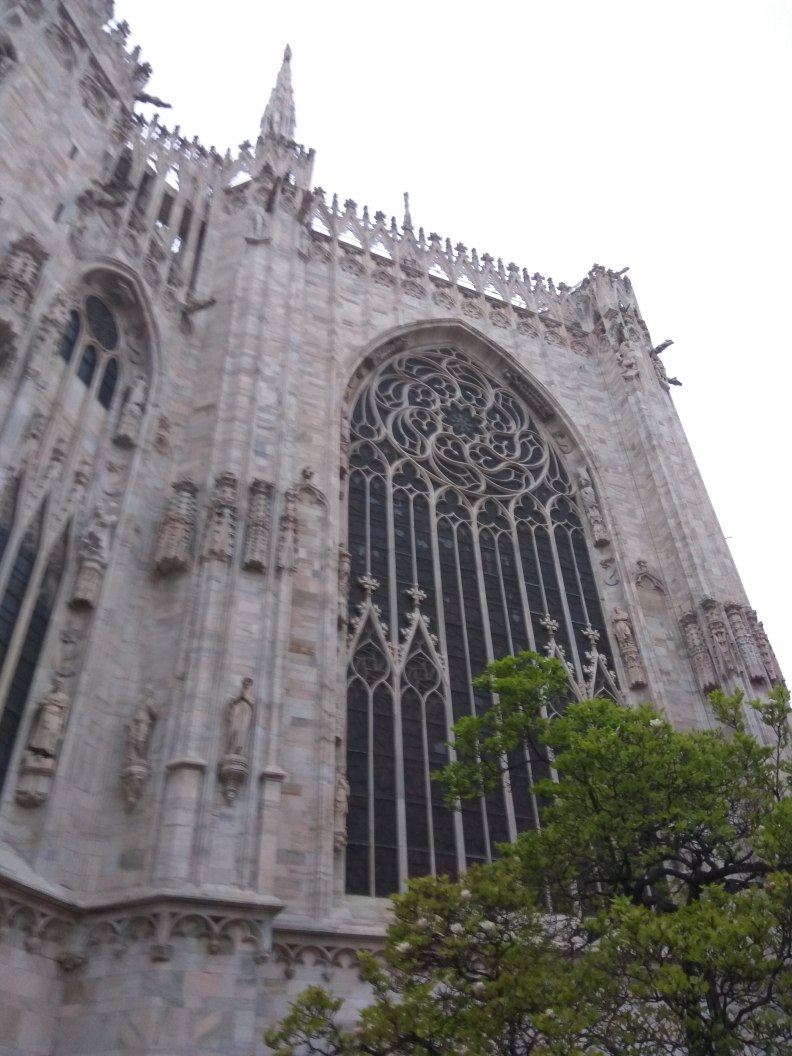 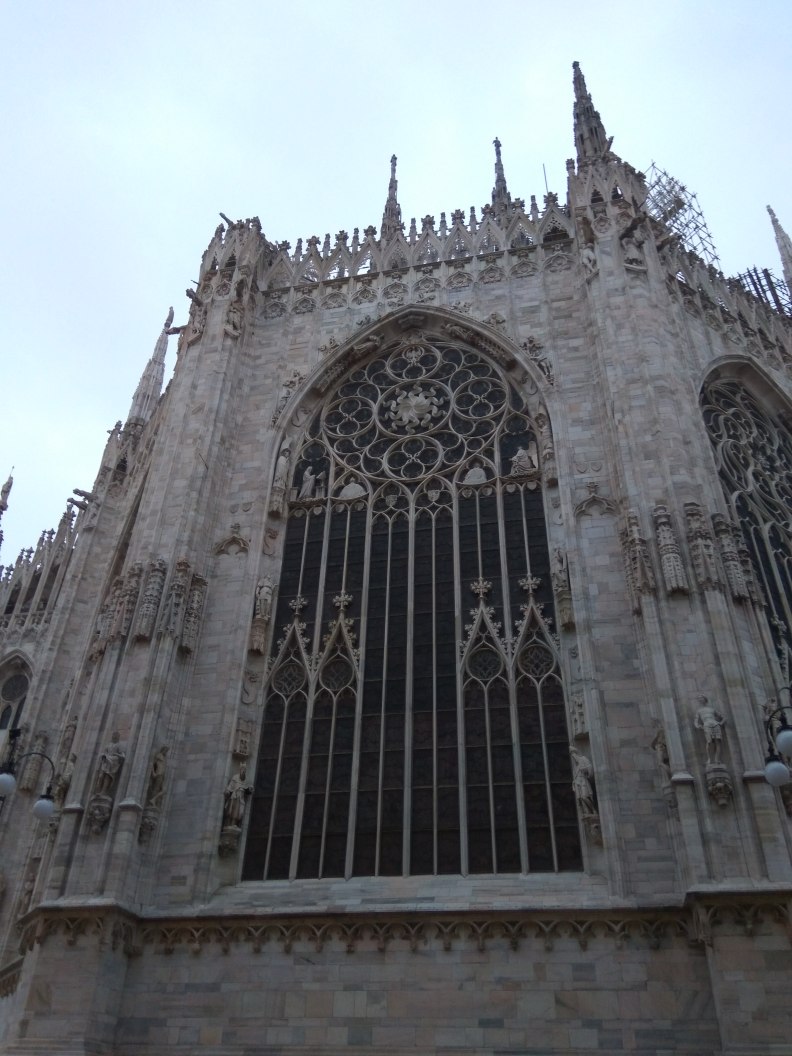 I ended my Milan visit in the best way possible. Before I left on my trip, my friend Dallas wrote my some letters that I could only open at certain times. One was for my first day of travel, one was to be opened on a train, and one was very particular. 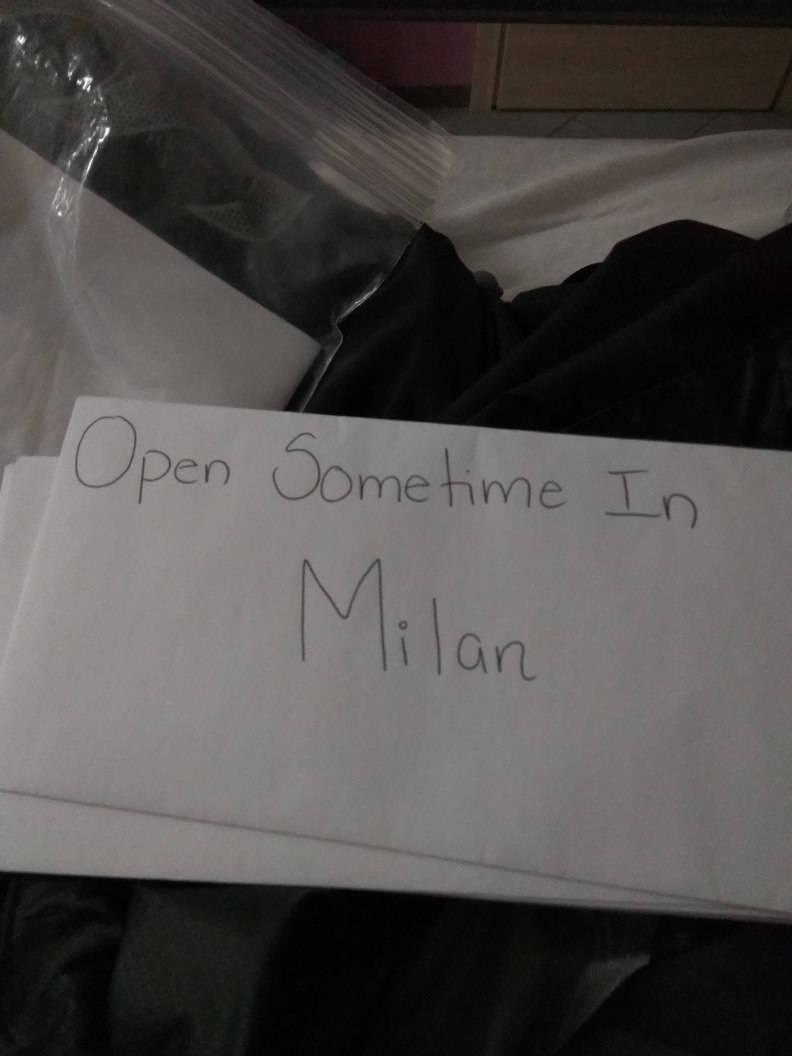 Little did I know I was about to be given a new mission. It gave me an address for a pastry shop that has a pretty good reputation, The Pasticceria Migliavacca. 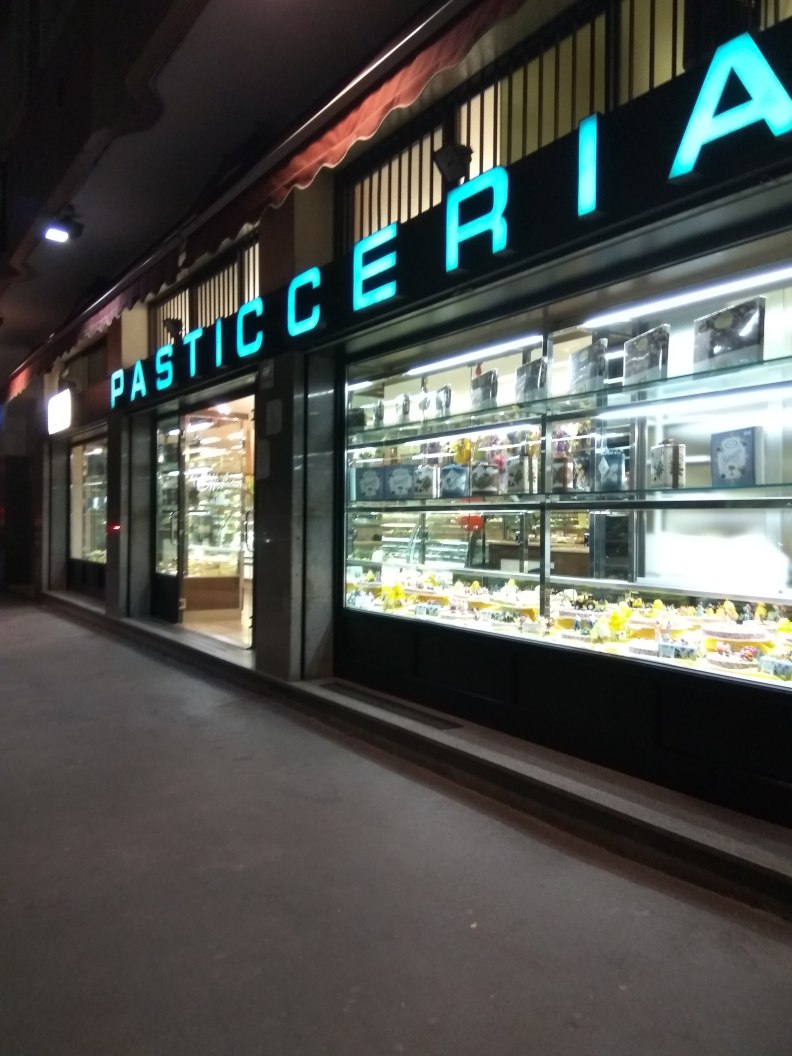 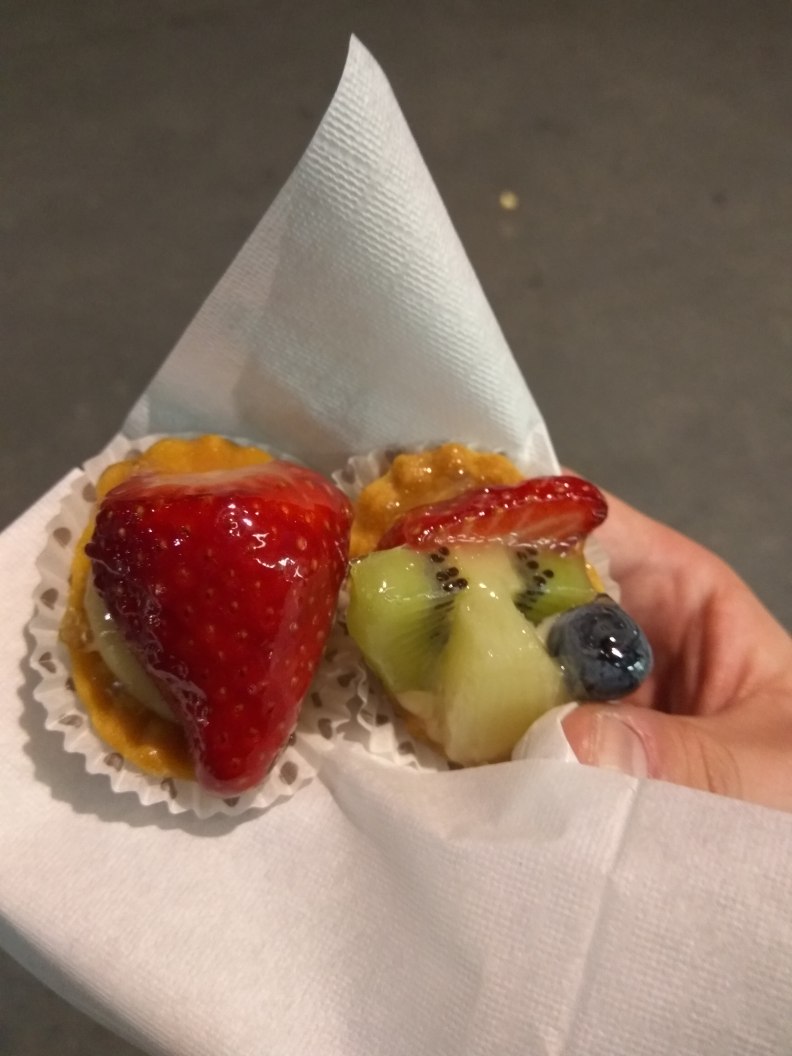 Totally worth it. Thank you, Dallas, for making my Milan experience much more fun!

After that it was a  30 minute walk back to my hostel where I immediately crashed for the night and slept in, before taking the train up to Zurich.