If Starbucks was put in charge of determining what everything should cost in a country, that country would be Switzerland. I’ve been keeping track of the most and least I’ve paid for a water bottle so far, and Switzerland now defines the upper limit. (€4.20, I almost cried.) It is however, a beautiful country. 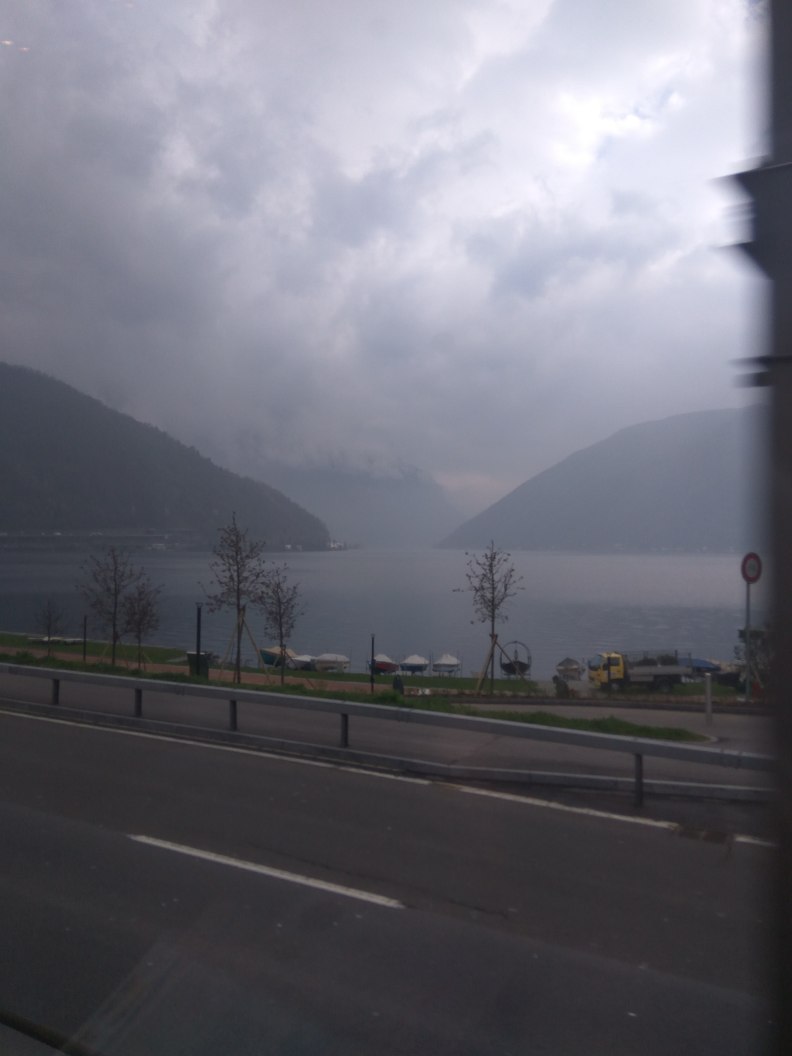 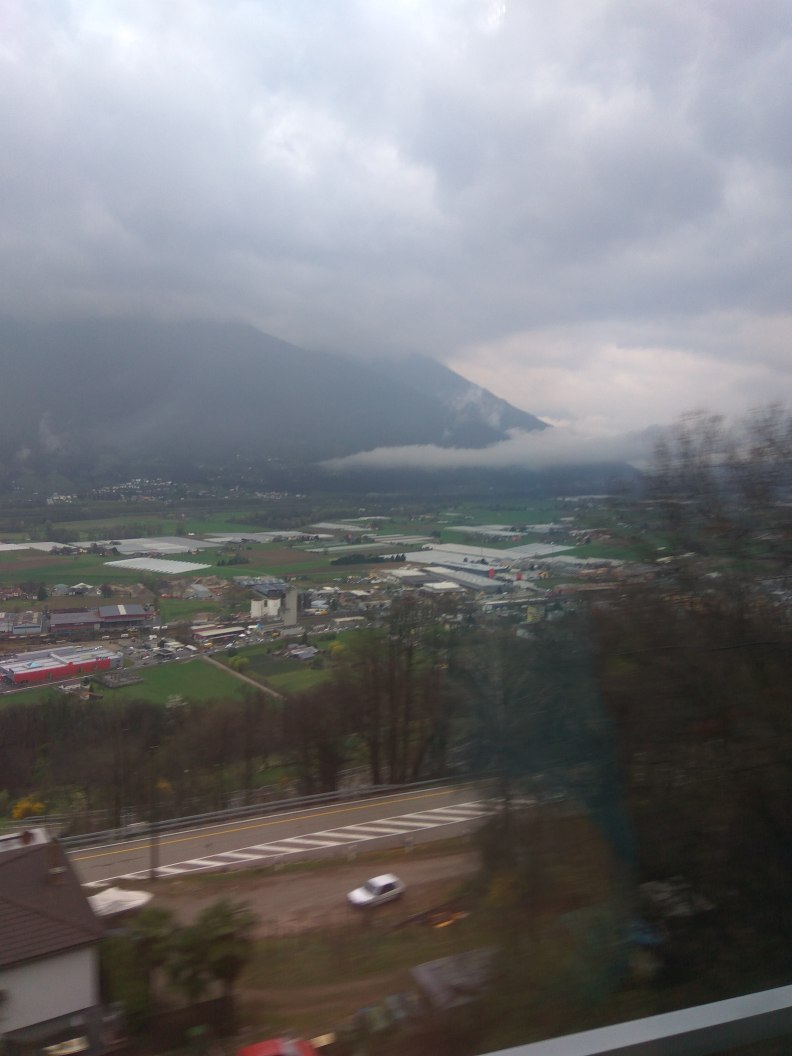 When I arrived at the train station, I spent a few minutes looking out over the road for crosswalks and wondering how exactly people get around in Switzerland. It took me a few minutes to find all of the underground pedestrian tunnels, but at least I wasn’t the foreigner running across the road, searching in vain for a sidewalk. Switzerland was a step outside my comfort zone both financially and linguistically. I’ve become accustomed to the Romance languages, and Swiss German is certainly not one of those. I was able to get by with some French, but I’m taking this as a lesson for the rest of my trip. As the countries become less familiar, so will the languages. I was lucky enough to be given a place to stay with my friend Jacob’s cousin, who lives in the canton of Aargau. This was on my daily walk to the train station. 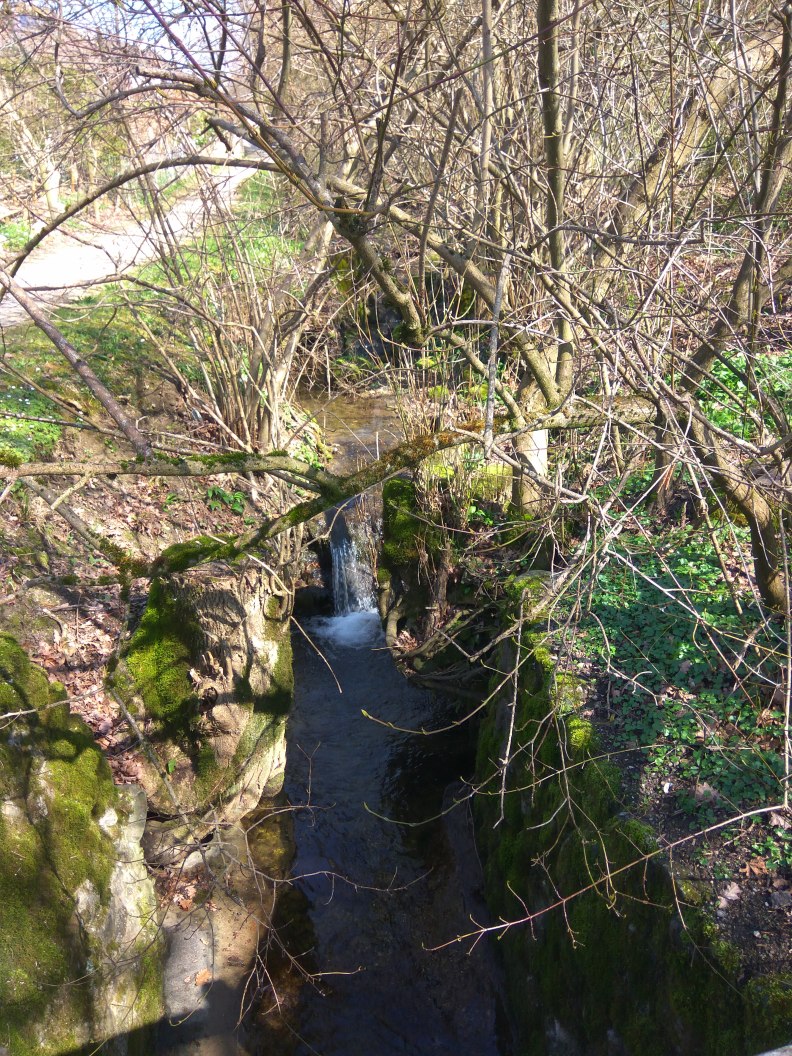 I ventured into Zürich on the first day to explore. Two clock towers were prominent in the city. 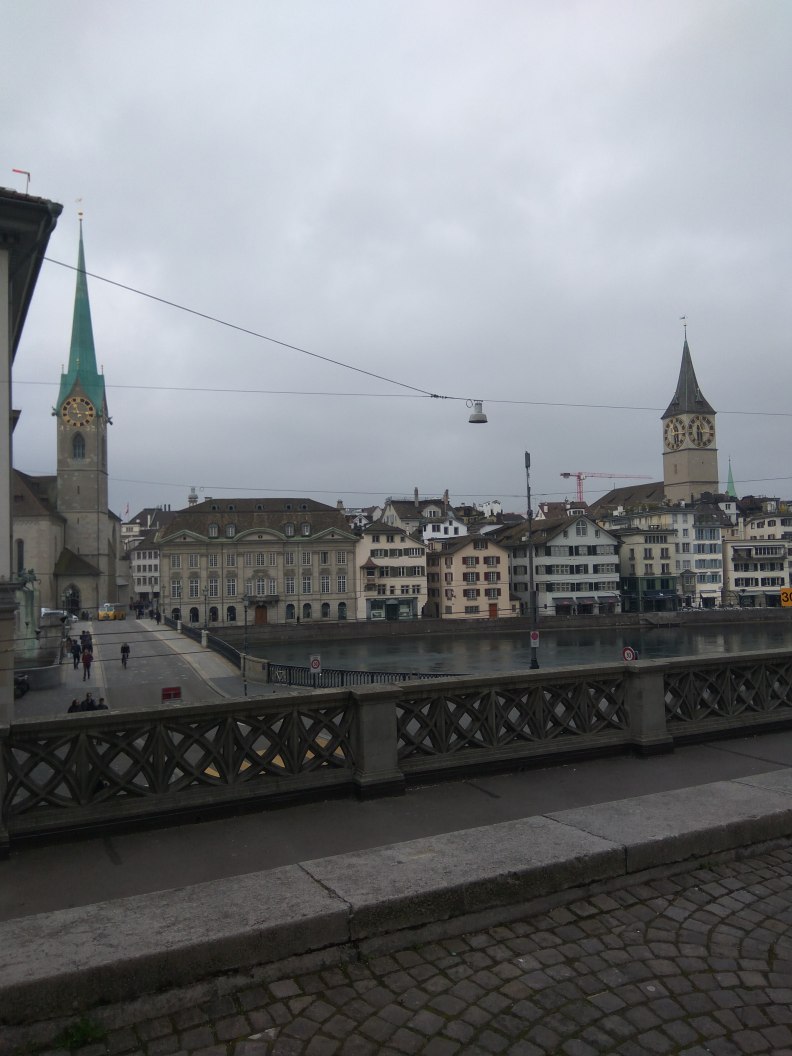 I found it interesting that the numbers were in Roman numerals and the 4 wasn’t IV like I expected but IIII. 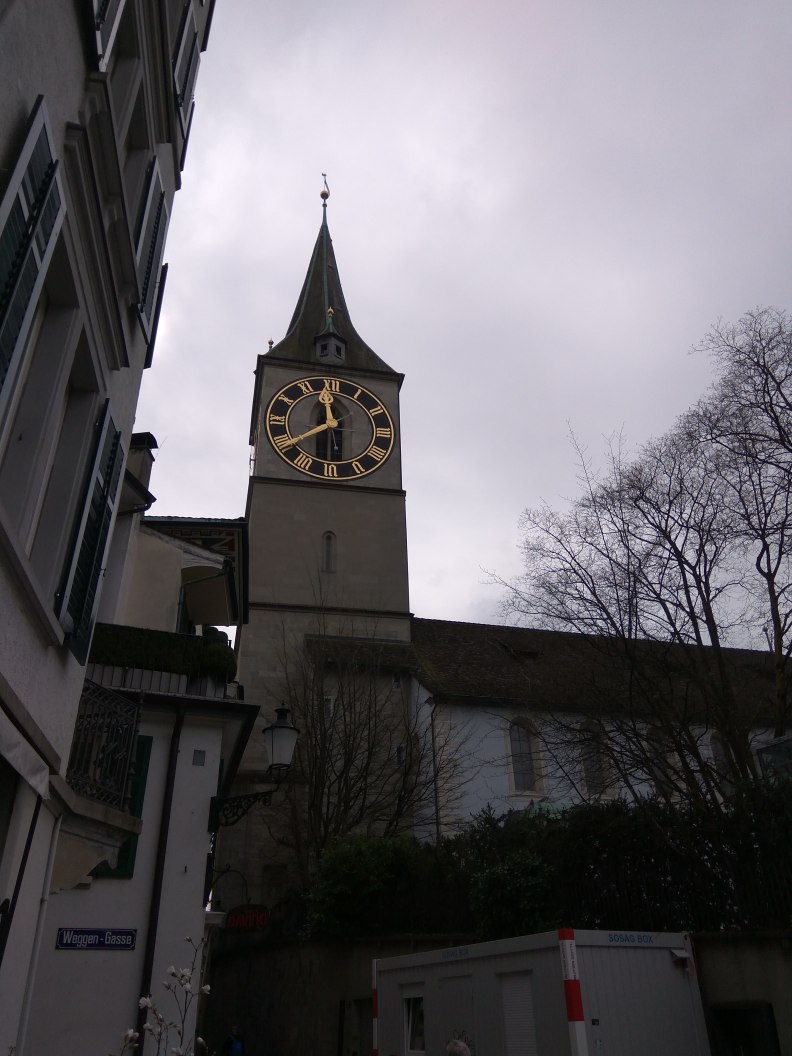 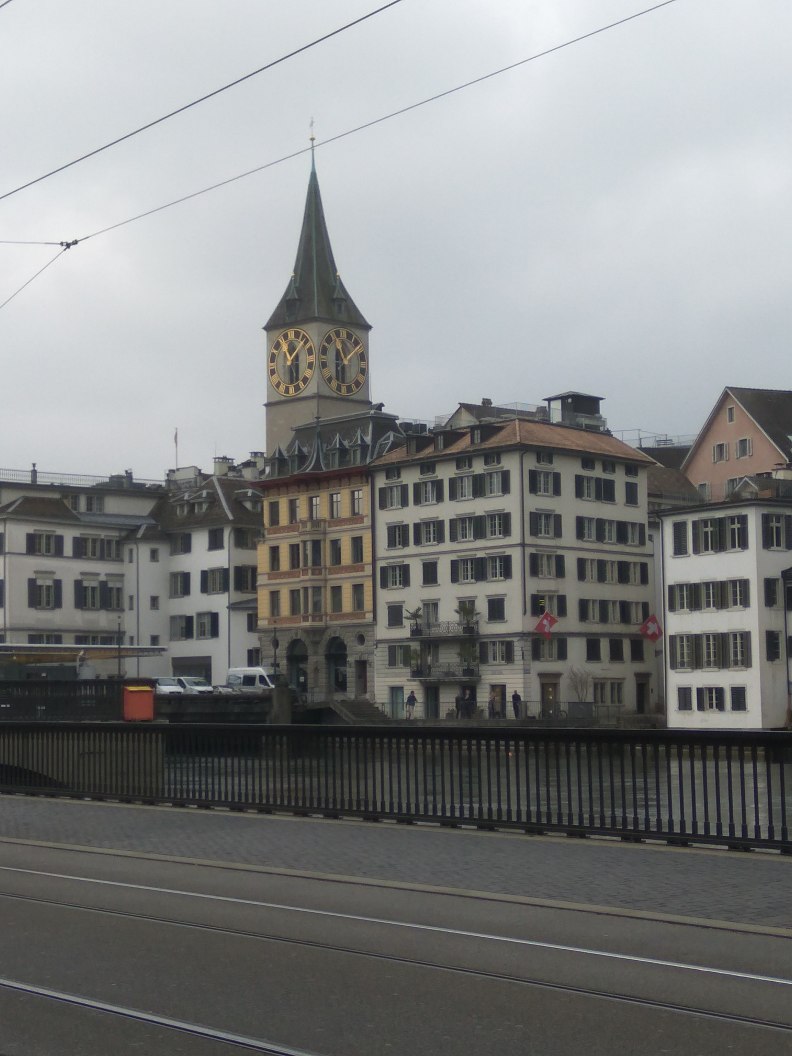 Like Milan, I had a letter from Dallas specifically for Zürich that sent me to Grossmünster. 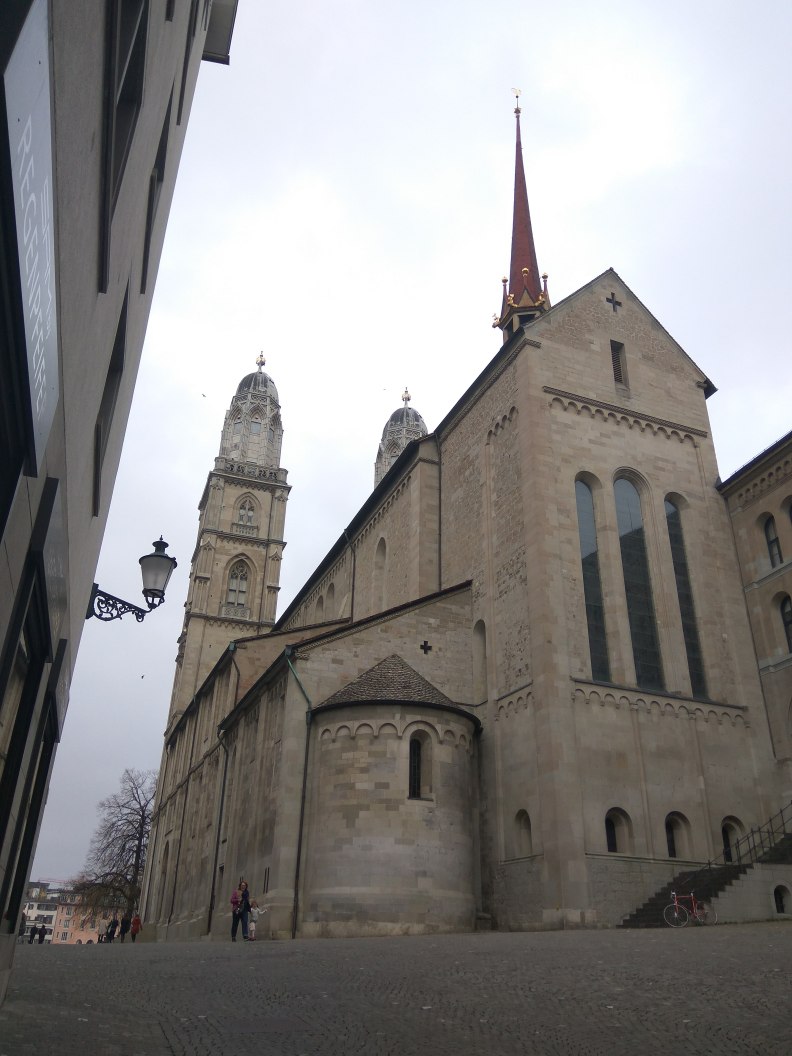 Grossmünster is a cathedral in Zürich said to be founded by Charlemagne and inaugurated around 1220. It is the seat from which the Swiss Protestant Reformation took place, and this is culturally significant to the Swiss. 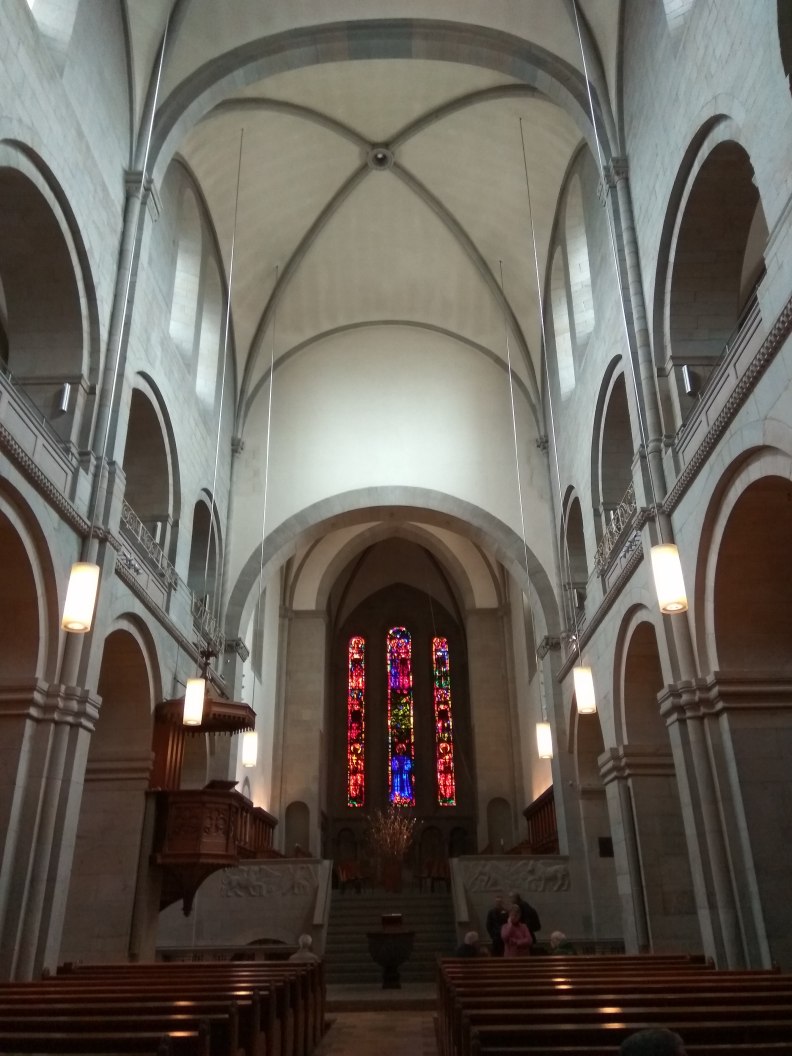 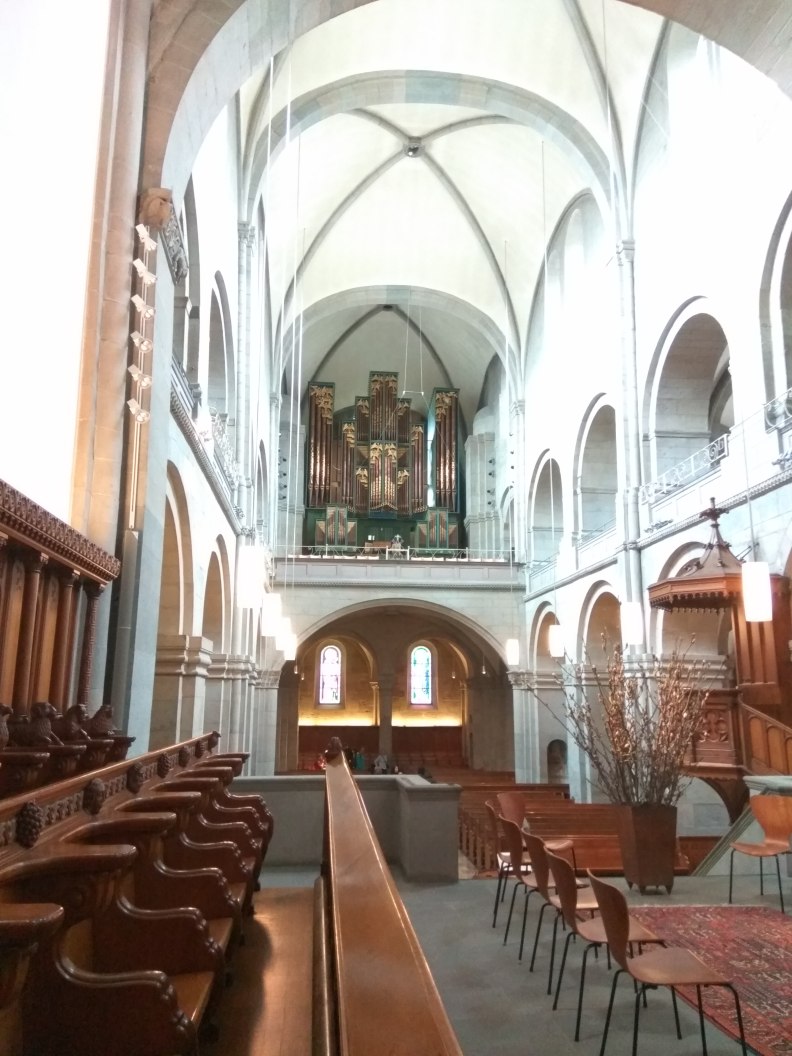 Zürich is a very clean, modern city with a combination of old stone buildings and nature. 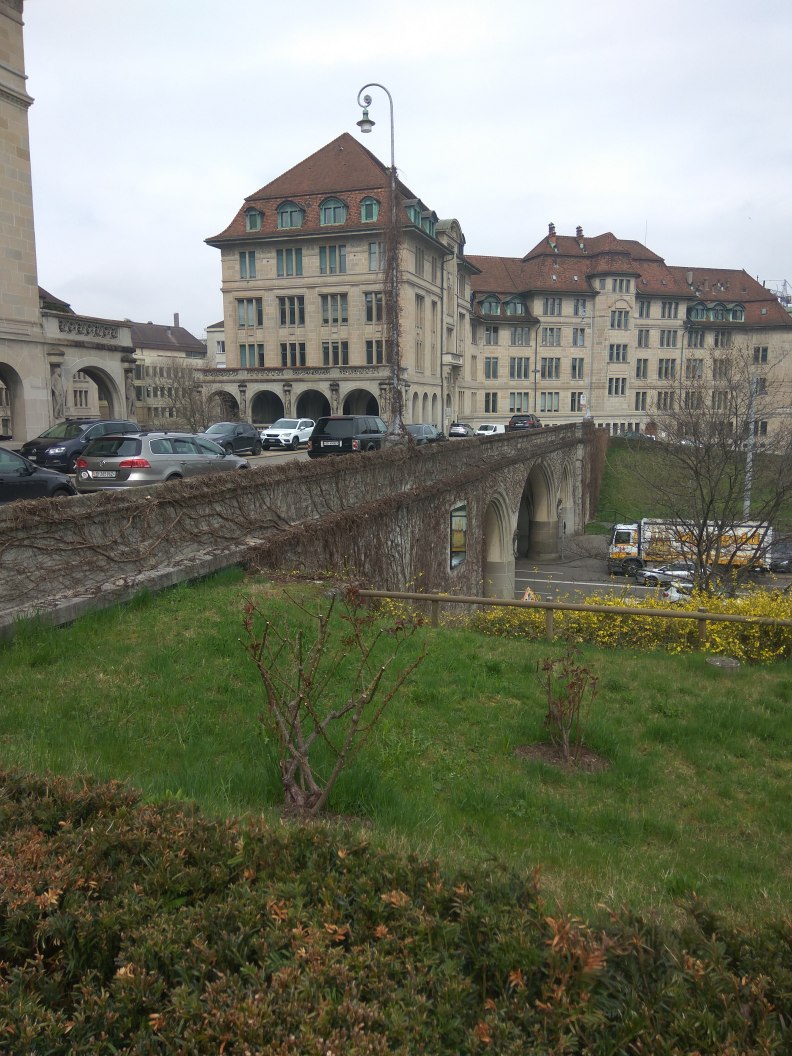 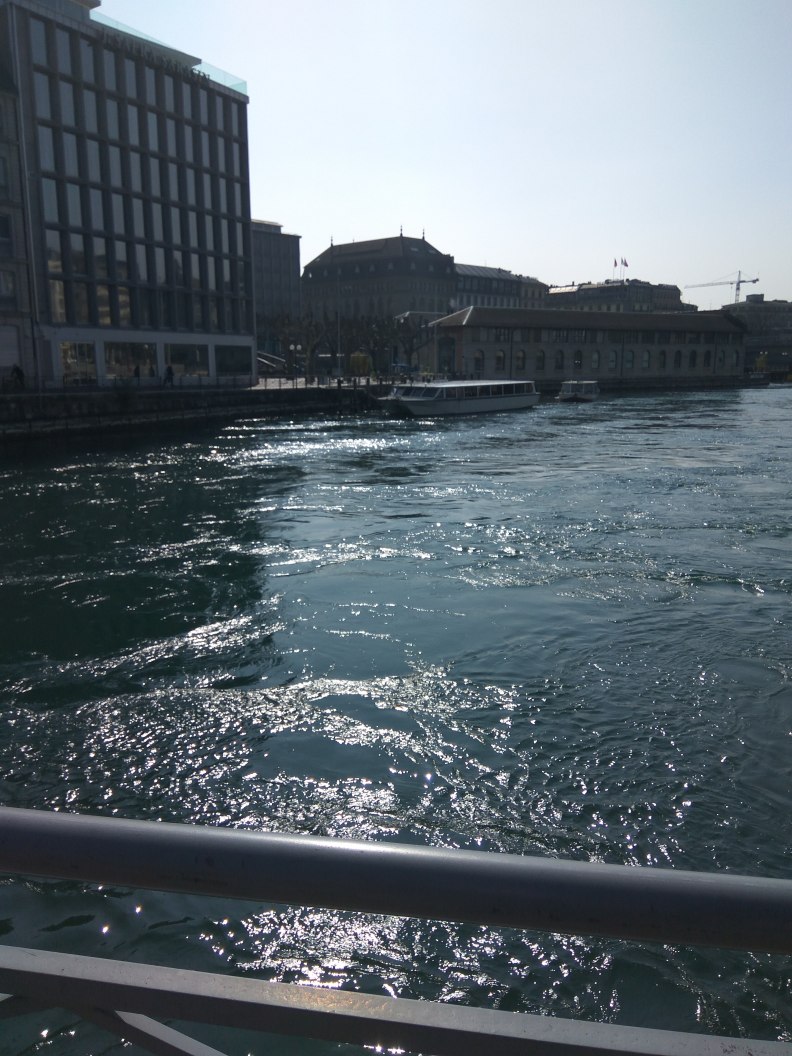 Still trying to make the most of my Eurail pass, I managed to get to Geneva.

There is a church there called St. Pierre’s Cathedral, which is where John Calvin spent many years preaching Protestantism and Calvinism. The most beautiful part was the Maccabees chapel. 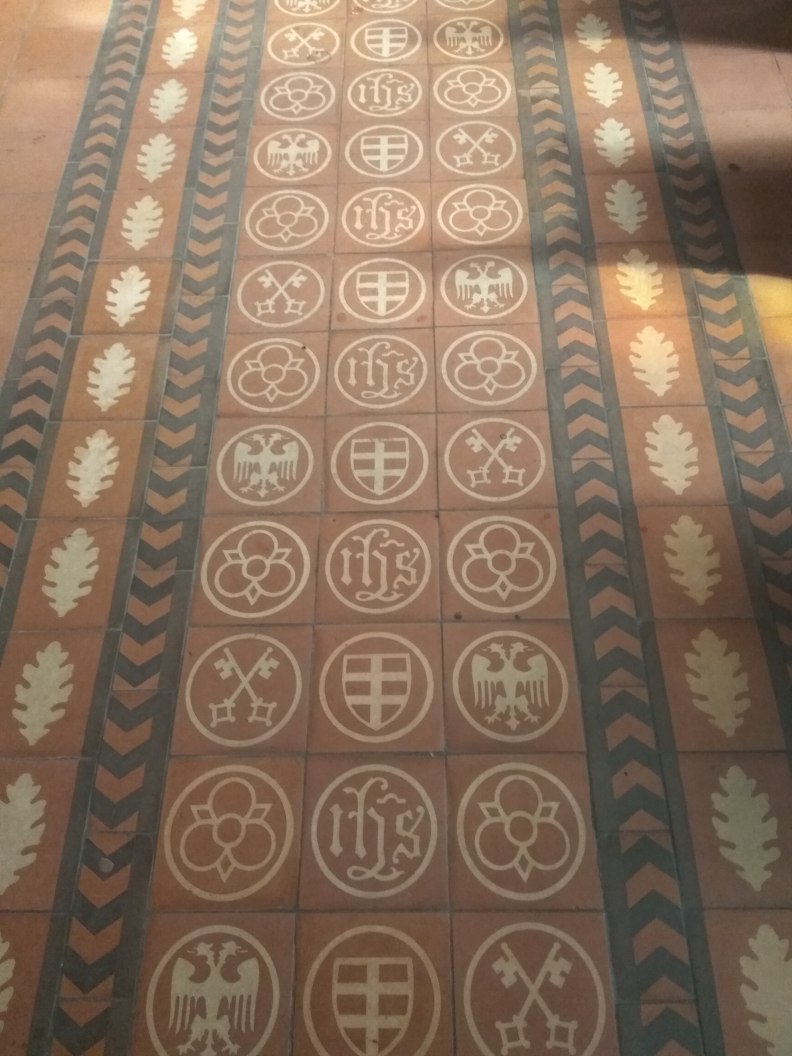 From here I walked back down the hill and around part of lake Geneva. There was one more thing in Geneva I really wanted to see. 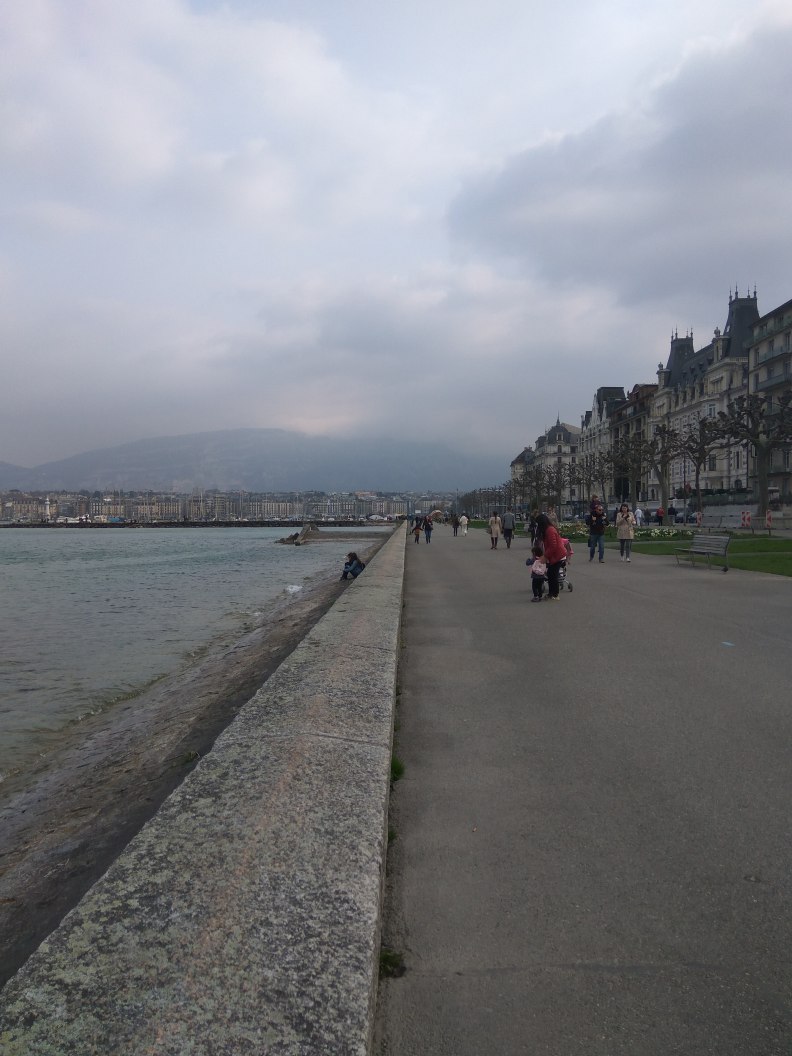 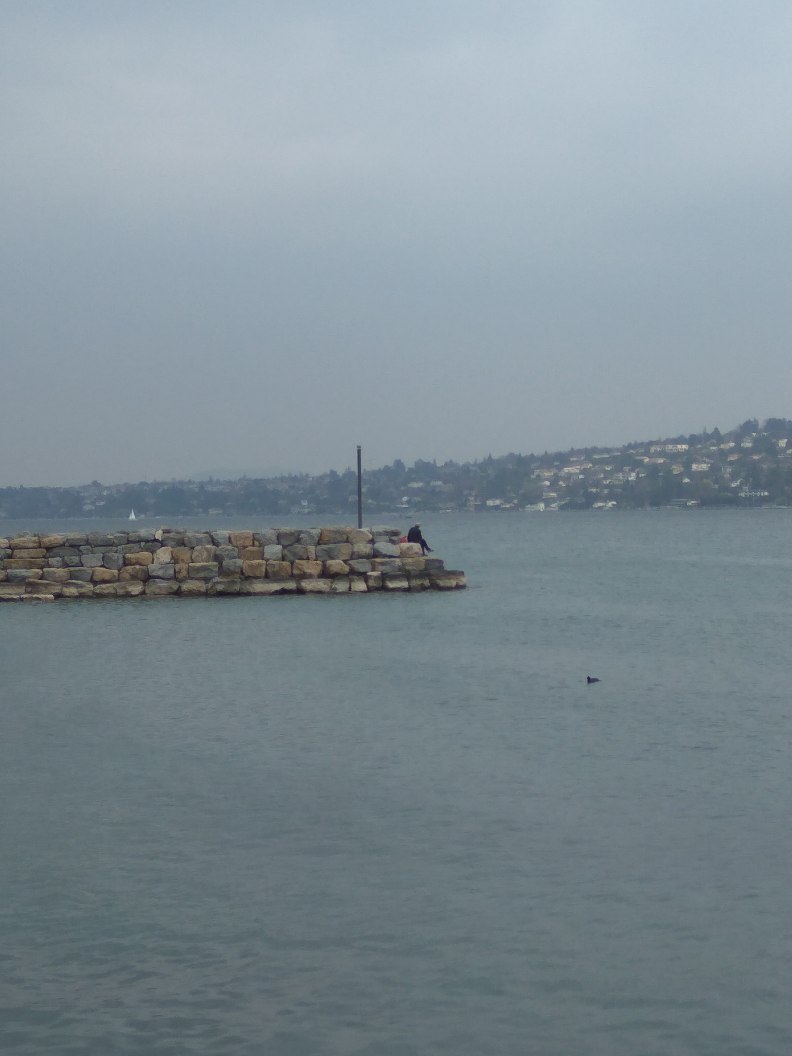 It was the weekend, so I couldn’t go in, but I was still very excited to see the United Nations building. 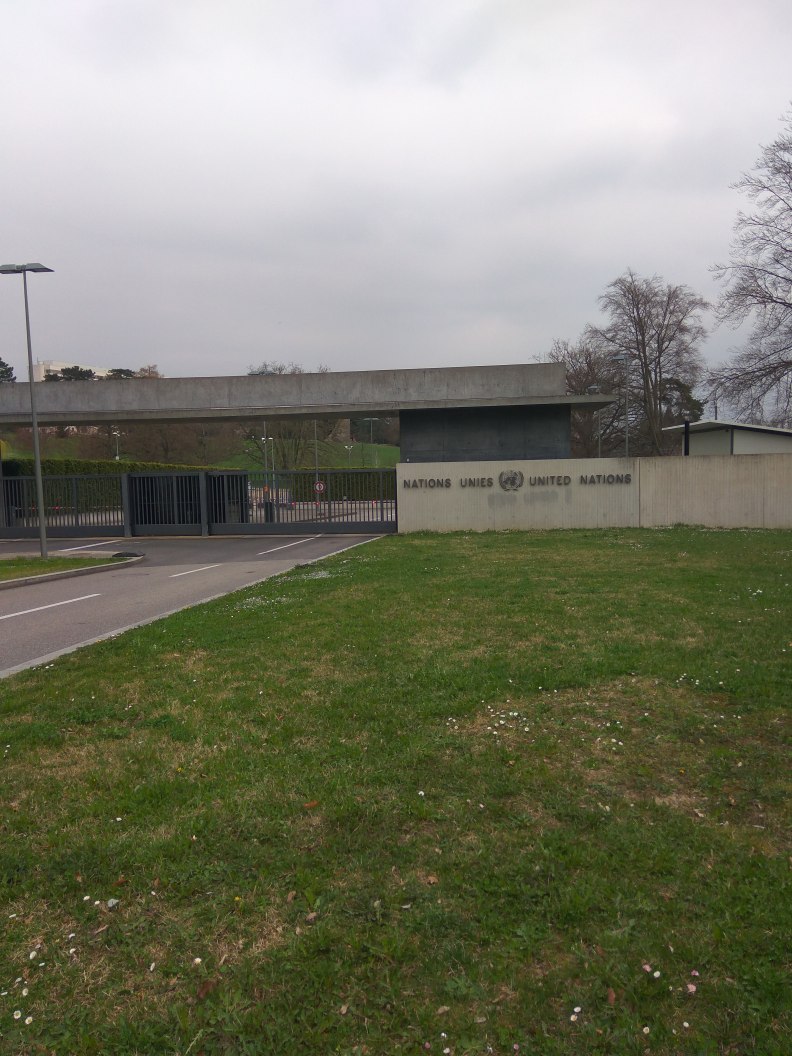 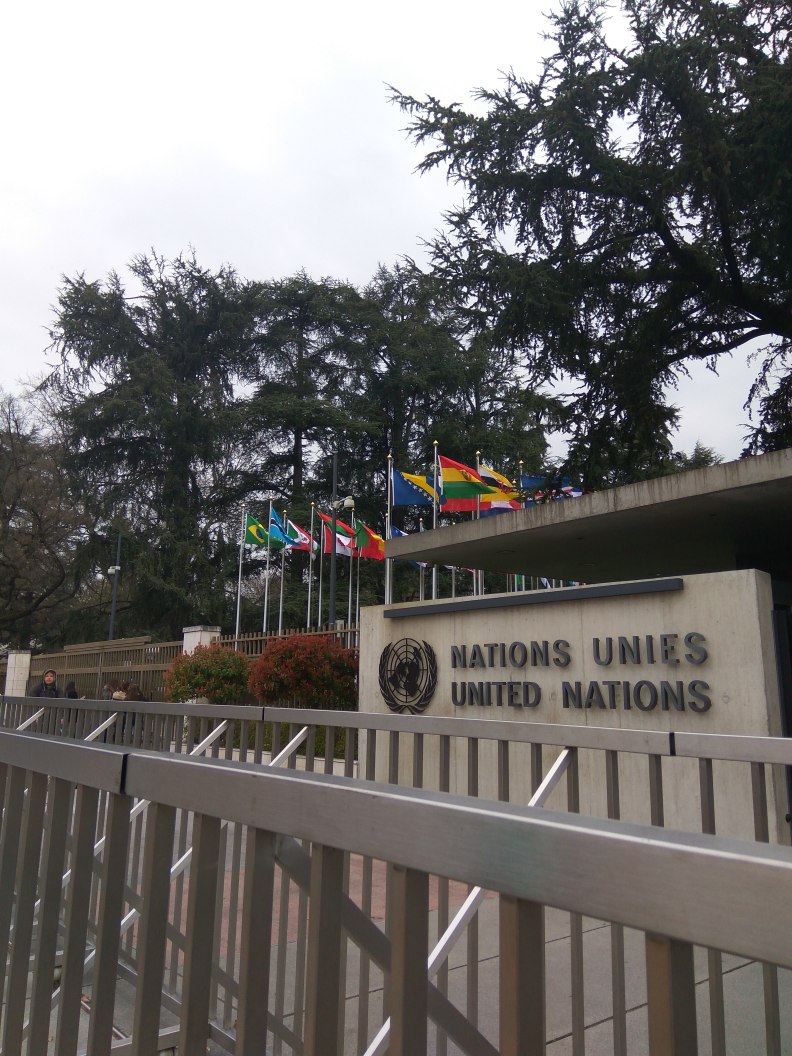 As I stood at the entrance looking at the flags I couldn’t help but wonder if this was a possible career destination. I love learning about different countries and wonder if there’s something at the UN I could do. 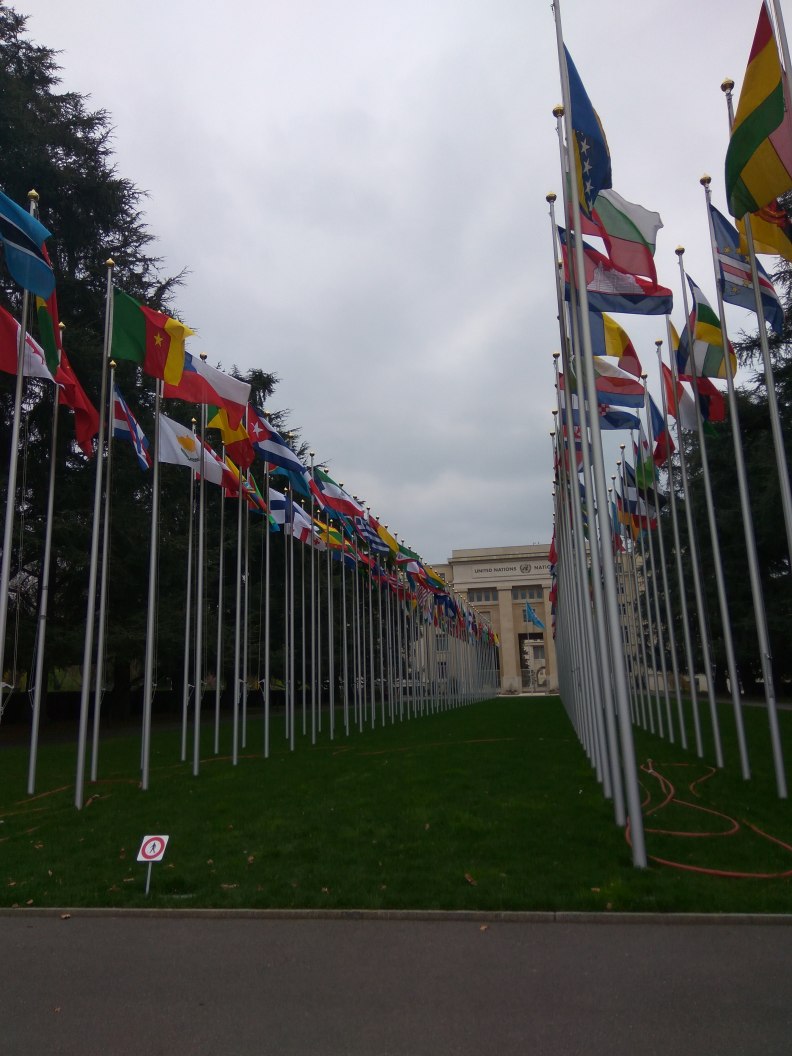 Outside the front entrance is a monument that symbolises opposition to landmines and cluster bombs.

Finally, one thing I greatly enjoyed in Switzerland was the bells. Unlike in other places I’ve been so far, where you can hear church bells from one or two churches, when the bells start to chime in Switzerland you can feel it. It suddenly feels like they’re all around you, and for those who’ve seen the Sound of Music it sounds exactly like the bells at the beginning. On my way out of Switzerland I stopped at a Swiss chocolate store, cause I had to try Swiss chocolate, and bought two truffles. Swiss chocolate really is excellent, and it was the only thing I got where the price didn’t make me die inside a little. They even gave me a third truffle for free!